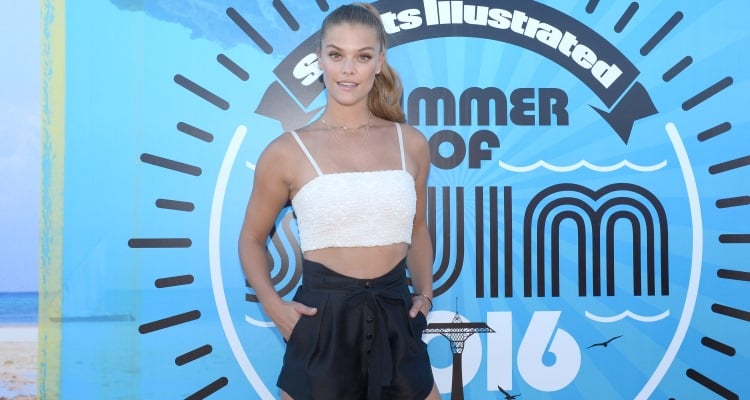 It’s the Battle of the Bikinis and everyone and their mother has a chance to show what they’ve got in this year’s Sports Illustrated Swimsuit Issue! From models to athletes, there’s no shortage of beautiful women showing off their fit physiques.

The Other Woman actress Kate Upton, is the face of this year’s Sports Illustrated Swimsuit cover 2017 and in this issue, she’s accompanied by some of Hollywood’s hottest looking models and athletes. This year’s Sports Illustrated 2017 photoshoots include Aly Raisman, Simone Biles, a post- pregnancy Chrissy Teigen, 63-year-old Christie Brinkley, and Serena Williams, who wears a thong for the first time! It’s the swimsuit issue you need to see, especially with how amazing Christie Brinkley looks at 63—more like 23!

The 22-year-old Belgian model stuns in a two- piece floral bathing suit on Instagram with the caption, “Rose Bertram is BACK for #siswim 2017! #seeyouinhouston.” With over 135,000 views, fans of the young model can’t wait to see her flaunt her stuff in the pages of the next Sports Illustrated Swimsuit Issue!

Sports Illustrated’s Instagram account seems to be working overtime on promotions for its models and so far, it’s working! Fans of Bojana Krsmanovic’s Sports Illustrated look have everyone fawning over the 24-year-old Serbian beauty! Many more were raving about her nearly topless photo on the beach and how natural the model was for the shoot. The post was captioned “Nice shades” showing off the model’s Linda Farrow aviator sunglasses. There’s barely enough bikini to hold all of Bo’s goods in, but we are pretty sure no one’s complaining!

Nina Agdal Flirts and Flaunts It!

The 24-year-old Danish model didn’t shy away from the camera for her Nina Agdal Sports Illustrated shoot, looking drop dead gorgeous in a red cut out bikini. The photo was captioned, “You could meet @ninaagdal at VIBES by #SISwim in Houston, and she’ll help you #getyouredge on dating IRL.” We’ll have to take her word for it! In this bathing suit, we think anyone would take her word on anything!

All the “Love” for Tennis Star, Eugenie Bouchard’s SI Shoot!

The Canadian tennis player gave it her all when she was given the opportunity to appear in this year’s issue. Unfortunately, some critics had an issue with the 22-year-old posing for the magazine in revealing bathing suits, but most felt that Eugenie Bouchard’s Sports Illustrated look was to die for! Some haters believed she should be practicing her tennis instead of modeling, and asked why she was wasting her time with photoshoots. But Bouchard didn’t let that slide and defended her decision to enjoy herself and take the opportunity of a lifetime! Well, Genie, we’re happy you did! 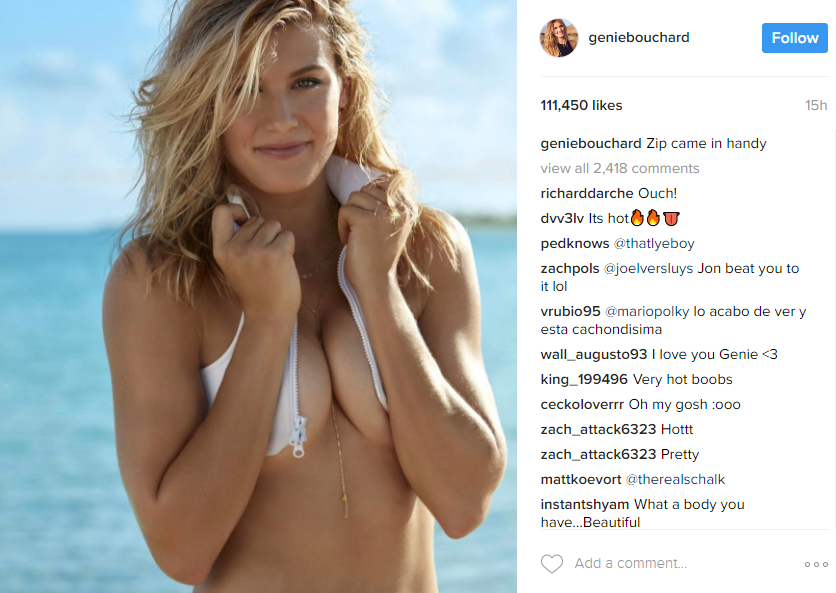 The 24-year-old model has graced the cover of Sports Illustrated’s Swimsuit cover three times already, making her an SI Swim shoot professional! We’re sure she’ll have no problem getting a callback for next year, even if she’s not on the cover. As if she can’t get any cuter, check out some behind the scenes footage of her hot-as-hell bikini shoot, in all it’s nearly-nude glory!