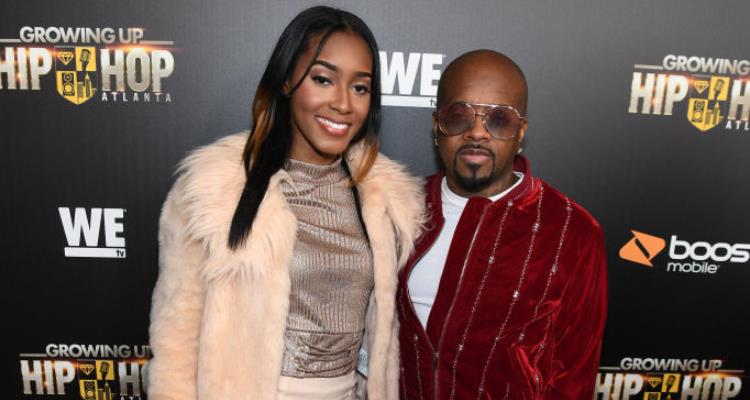 Growing up in the shadow of a famous parent used to be a really tough thing, especially if you wanted to pursue a career in a field even remotely similar to your parents. But in many ways, reality television has mitigated that. Sign up for a reality TV show and show the world your struggle to make it within that shadow and get paid a decent sum of money while you are doing it. Enter mega-producer Jermain Dupri’s daughter, Shaniah Mauldin. Mauldin has been kicking up some dust lately as one of the stars of Growing Up Hip Hop: Atlanta so we thought it would be a good idea to get you a little more familiar with the young lady. In this Shaniah Mauldin wiki, you will find out everything that you need to know about Mauldin.

Mauldin’s father is Jermaine Dupri and to answer the question about the last name, Dupri is actually his middle name and he has just always left his last name off of his stage name. Dupri is one of the biggest record producers in the world which is part of the reason you may recognize his name but not actually be able to say what he’s done. Dupri has produced albums for Usher, Mariah Carey, Jay Z, Bow Wow and Destiny’s Child. He also produced some of Janet Jackson’s biggest records while the two were a couple. Music runs in the family as Dupri’s father, Michael Mauldin, was a Columbia Records executive who once worked with Diana Ross.

Let’s start with the basics of Shaniah Mauldin. How old is Jermaine Dupri’s daughter? Shaniah Mauldin was born on May 15, 1998, which means she is almost 20-years-old. Mauldin also has a sister named Jaylnn. Mauldin initially attended high school at Eagle’s Landing High School in Georgia. In terms of social media, Mauldin focuses most of her attention on her Shaniah Mauldin Instagram account.

The big question is what is Shaniah Mauldin aiming for? What is the end goal of the reality show? We’re not exactly sure. If you had asked us when the show first began, it was clear that Dupri wouldn’t mind his daughter taking over the family business at some point but Mauldin seems very intent in carving her own path. Can she still do that and be a major part of the company that her father created? It’s an interesting paradox that we may get a chance to see via Growing Up Hip Hop: Atlanta.