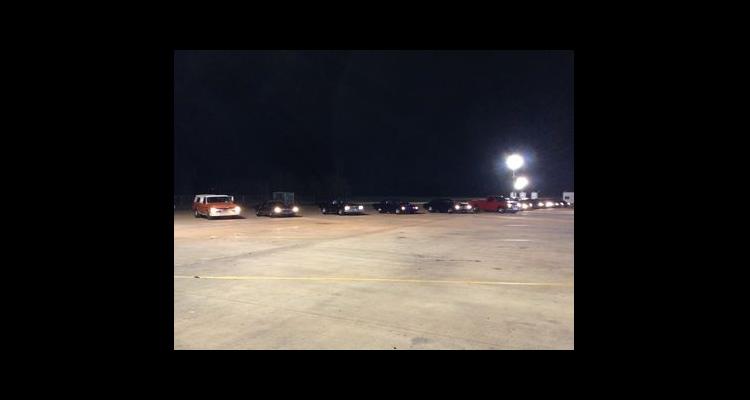 Barry Nicholson from Street Outlaws is a legend in street racing and is nicknamed “The Godfather” for his skills. He recently had a bad crash, but thanks to the support of his family and friends, he got back to his feet and built a new race car for himself. Neither injury nor fear can keep Nicholson from the sport he is so passionate about.

Street racer Barry Nicholson is one of the stars of Street Outlaws, and he’s one of its biggest draws as far as the audience is concerned. It’s not for nothing that he’s called “The Godfather” and gets respect from everyone involved in the dangerous but exciting world of car racing.

Almost anybody who’s raced a car in those streets has crashed, and Nicholson is no exception. He has been involved in plenty of crashes over the years, but to his credit, he bounced back after each one.

In September 2017, he had a particularly nasty crash, which completely destroyed his highly-feared black Camaro.

Here are a few details from Barry Nicholson’s wiki.

Nicholson fractured his pelvis when he hit the side of his racing seat. He suffered a serious concussion and could not remember the days surrounding the crash.

He revealed, “I knew my wife’s name and kid’s name, but nothing else they asked me. After they realized how beat up I was, it was time to take a ride to the hospital to really get checked out. It was a few rough days after the crash…I was really out of it.”

Nicholson almost quit the sport he loved so much. But with the encouragement of his children and wife, he decided to get back to it.

It was time for Barry Nicholson to build a new car.

Barry Nicholson’s age is 38, and he graduated from Richton High School in his hometown of Richton, Mississippi in 1997. He later worked in organizations such as Murphy Expo-USA, a local business, and Diamond Offshore Drilling, a deepwater drilling contractor headquartered in Houston, Texas.

Now, Nicholson has his own business called B’s Speed LLC, of which he is the owner and operator. By his own admission, the company is a one-stop place for every race car component a racer needs.

Nicholson now lives in McComb, Mississippi with his wife, Stephanie Burrough Nicholson, and their children. They got married on November 26, 2005, and it has been a happy union for both of them.

The couple is very close, and their family is a source of strength behind Nicholson’s daredevilry on the streets.

He is close to his mother, Peggy Nicholson Spring, and has a stepson named Bentley Duncan, who lives in Ruth, Mississippi, and is also a racing enthusiast.

Taking Time Off for Hobbies

Nicholson loves music and is a fan of singers Aaron Lewis and Josh Turner. One of his favorite movies is Smokey and the Bandit starring Burt Reynolds.

Whenever he gets the chance, he also watches shows like Georgia Outlaws, Discovery Motor, Bob, Fast N’ Loud, and, of course, Street Outlaws. His favorite channels are Grudge Wars TV, SpeedVideo, and Discovery.

Nicholson keeps in touch with his friends like singer-songwriter Matt Williams, comedian Catfish Cooley, and Justin Shearer a.k.a. Big Chief.

His friends got together to help him recover from his horrific crash on September 30, 2017. Barry Nicholson wrecked his car and was badly injured in the accident. They set up a Barry Nicholson Medical Fund on GoFundMe to collect donations from well-wishers who chose to contribute.

The money went to Nicholson’s medical expenses, as he required surgery and was not able to work for a few months. At last count, the total amount collected was $10,505, more than half of the $20,000 goal.

Starting All Over Again

The good news is that Nicholson recovered from the crash and went back to doing what he does best—building a new race car. He salvaged everything he could from his old car and was luckily able to source a 1968 Camaro rolling chassis from North Carolina that served as the base for his new car.

The Godfather was back in the reckoning!

Nicholson rolled up his sleeves and went back to business thanks to his family, especially his father, who motivated him. His father has always supported and encouraged his passion.

“My father is a huge supporter of everything I do and was behind me getting back into racing. He told me to find a chassis that I could work with, and when I was able to get on my feet, we would look at building a car to go No Prep racing,” Nicholson once said.

A Passion for Car Racing

If his lifestyle isn’t enough to convince people of his passion, Barry Nicholson’s Instagram page should do the trick! It has racing events schedules, pictures of Nicholson with his wife, friends, and colleagues, as well as him racing in the streets, and showing off his cars.

There are also photos of Barry Nicholson merchandise like T-shirts, hoodies, and caps with “The Godfather” on it, and the Nicholson family spending time together.

The Godfather Is Back!

Now that Barry Nicholson has fully recovered from his injuries and has a brand new car that he painstakingly built himself, don’t be surprised to see him burning rubber on the streets once again.

The Godfather is back to claim his title!