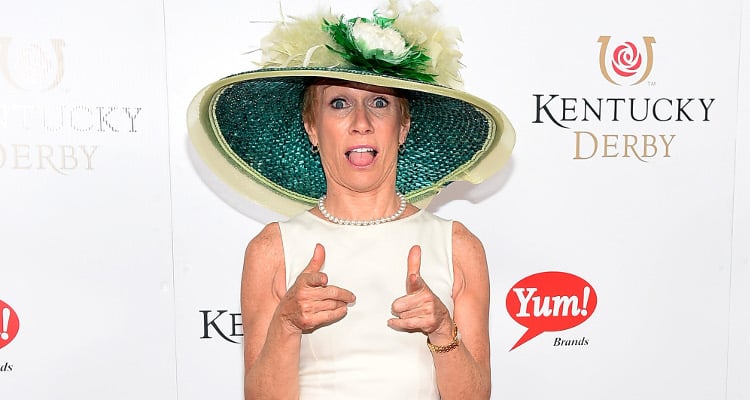 Barbara Corcoran is a shark on her show, but can she become a swan on the dance floor? After watching all of the amazing first performances on DWTS season 25, it’s safe to say we are in for a sizzling hot season this year! Before we get into more details, take a look at Barbara Corcoran’s wiki right here.

Dancing with the Stars season 25 began with a bang and fans could not have expected more! With dancers one-upping their own performances and styles, it was a great start to a great season. Fans did not expect many of the season 25 cast to come out shining, but were excited to see how good the Shark Tank investor looked on stage! Barbara Corcoran on Dancing with the Stars is proving that she is up for the challenge, and winning is what really matters to her. Learn more details from Barbara Corcoran’s wiki.

Barbara Corcoran was born on March 10, 1949 in New Jersey, making her age a very young 68! She had nine siblings and began working at a very young age. As a matter of fact, by the time she was 23, she already worked 22 different jobs! Corcoran graduated from St. Thomas Aquinas College in 1971 and always knew she was cut out for something big.

Though she was a teacher for a short period of time, she has experience in many fields. Being in New York gave her the opportunity to work a side job renting apartments in a city where finding a home was almost impossible! It seems as though she found her passion, as it led to her developing her own real estate company.

She was working with the Giffuni Brothers (a real estate company) at the time, but soon decided that she wanted to be her own boss. Corcoran was dating Ramon Simone, who gave her $1,000 to get The Corcoran Group going!

The Giffuni Brothers put her on the difficult task of renting a NYC home for $360 a month, “It was a dungeon, he gave me the worst one. Maybe it was a challenge. Maybe nobody could rent it. Who knows.” But she was up to the challenge and rented the apartment for $360, making the same amount in commission.

Going through some old photos and found this one with my sister Denise and I. Who do I speak to about implementing a "throwback Tuesday"?

The next thing she did was what Corcoran says was the best deal she worked out, “I collected that check from Mr. Giffuni, I cashed it at Citibank and I ran right over to Bergdorf Goodman and I blew it on a new coat.”

Corcoran and Simone co-founded the company and, though their relationship didn’t work out, his words pushed her to succeedby herself. By the mid-’70s she began publishing NYC real estate data trends in The Corcoran Report.

Over the years, she turned that $1,000 investment into a $5.0 billion company, tirelessly worked on winning in the trade! Barbara Corcoran knows her stuff and made a profit in 2001 by selling her company for $66.0 million to NRT Inc.

Corcoran is a very successful business woman with a mindset to win. It goes without saying that a success story like hers is worth millions, and Barbara Corcoran’s net worth is estimated to be a rocketing $80.0 million. She is now a public trading face thanks to the TV show Shark Tank, and is still making waves today. Even her book, Shark Tales: How I Turned $1, 000 into a Billion Dollar Business in 2011 saw a huge success in sales.

It's great to be back on set taping Shark Tank Season 9! ?

She is one of the most loved sharks and business geniuses on Shark Tank, and has helped a lot of entrepreneurs achieve their dreams. Corcoran on Shark Tank has invested in over 50 deals so far, one of her most notable being in PiperWai which was founded by Jess Edelstein and Sarah Ribner. They launched their business with a $2,000 loan from one of their parents and Corcoran pledged $50,000 for a 25% stake in the company. PiperWai now expanded its reach, and reportedly made $2.0 million in three months.

I am! Thanks @thesharkdaymond for posting this picture that shows exactly how I feel!

Barbara Corcoran is an absolute delight to watch on Shark Tank, with her practical thought process, and quick thinking. Working in real estate might have helped her a little with that! But wherever she gets it from, there’s no doubt that Corcoran has a great business mind.

A Shark on the Dance Floor!

Dancing with the Stars season 25 has already wowed us with its cast of violinists, business moguls, and not to mention actors! It is bound to be a thrill ride for Corcoran’s husband, Bill Higgins and their two children, as they will be watching her put everything she has into each performance to take home the Mirrorball Trophy.

She and Keo Motsepe were spotted on Barbara Corcoran’s Instagram, goofing around in NYC before heading off to practice, and it looks like they already have good chemistry off-stage.

Showing my Dancing with the Stars partner @keo_motsepe around #NYC before practice! #dwts #dwts25 @dancingabc

Though their first dance did not score as high as they’d like (they scored 14, the lowest of the night) Corcoran is determined to step up her game and take home first place!

I knew I wanted the Mirrorball Trophy but now I can really taste it! Vote #TeamSharkeo –> link in bio!! #DWTS #DWTS25

Don’t forget to watch Dancing with the Stars Mondays at 8:00 p.m. EST on ABC, and vote for your favorite pair!