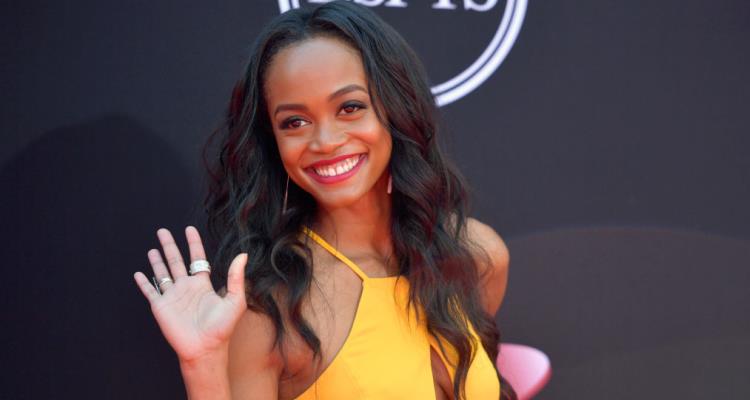 Who will get kicked off The Bachelorette tonight? Who wins The Bachelorette 2017? While the hit ABC show is almost over, fans are still asking who Rachel Lindsay ends up with in the end, ahead of the finale. She was down to Eric, Bryan and Peter and now we want to know who won her heart. So, if you’re in the mood for The Bachelorette season 13, episode 10 spoilers, then we have what you need!

The Bachelorette spoilers are everywhere, but how many of them are actually true? While many thought that Rachel ended up with Peter in the end, it was revealed months ago that we had it wrong. So, who won The Bachelorette? That’s the burning question that fans want answered and tonight’s episode is all about the guys.

“The Men Tell All”

The synopsis reads: “Rachel and her most memorable men return to discuss their experiences. Included: Lee and Kenny set the record straight about their volatile relationship; Blake and Lucas come face-to-face; and Adam talks about being sent home before the hometown visits.”

The men who were dissed and dismissed are finally back and we get to hear what they have to say, as they come face-to-face with Rachel for the first time since they got the boot. From DeMario’s lying ass to Lee’s snake eyes, the guys are back and it’s anything but nice. The men get into a few heated arguments and they will soon realize that the only thing they had in common, was Rachel. The panel is led by Bachelor host Chris Harrison and he puts his facilitating skills to the test as he tries to get the conversation going. Fans will get to see who was actually there for Rachel, and who was not. Lee gets an earful about his sneaky behavior and a lesson on race. (And not just from the guys, but from Rachel herself!) She spells it out very clearly that she wanted nothing to do with him and of course, he doesn’t believe what he’s hearing. Feel free to start drinking every time Lee says the word “aggressive.”

Let’s all wish @chrisbharrison the happiest of birthdays on behalf of Bachelor Nation!

Who Did Rachel Pick on The Bachelorette?

According to an insider with Us Weekly, the breakups were very hard and Rachel was unprepared for it.

“When it gets down to the finale and the final two guys, the last breakup is the most heart-wrenching of all time,” an insider tells Us. “They couldn’t say goodbye, and even when they did there were so many tears from her. After she left, he collapsed and sobbed.”

“Hometowns was so hard because I was connected to every single guy in a different way,” Rachel told Us Weekly at the T-Mobile Presents Derby After Dark event on July 10. “Honestly, I just wanted to quit and run away rather than proceed, but I was like, the greater the risk, the greater the reward. I know what I want and I can’t quit now.”

Months ago, Rachel spoiled the news that she is engaged and can’t wait for everyone to find out in the last episode!