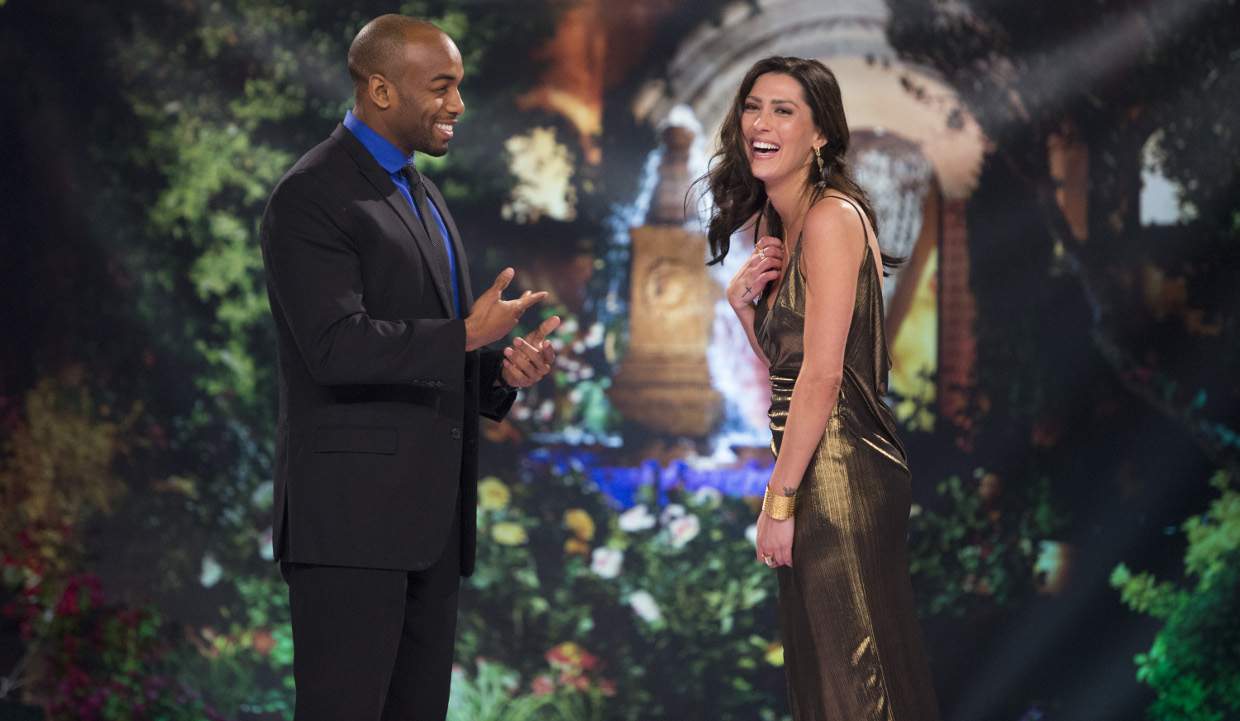 Becca Kufrin got engaged to Arie on season 22 of The Bachelor. But weeks later, Arie changed his mind and told Becca that he wanted to be with Lauren, instead! Becca was obviously devastated and heartbroken, so ABC decided to make her the next Bachelorette! During After the Final Rose special, some of The Bachelorette contestants were introduced. We’ve got the scoop here!

Another season of The Bachelor has ended and although this season seemed to drag on in slow motion, the ending definitely made up for all of it!

During the season finale, Arie made his final decision and got down on one knee to propose to Becca! They were happily engaged for a few weeks before Arie dropped a bomb on Becca. He told her that he felt he made a mistake and wanted to end the engagement, as he was still in love with Lauren.

Well, drama ensued to say the least and fans were lapping it up! Arie was called out for his bulls**t move by pretty much all of Bachelor Nation and fans of the show, including the ladies who were in the running for Arie’s heart.

After having her heart broken, the network decided that Becca would be the perfect candidate for the next Bachelorette in season 14!

Hopefully, the second time’s a charm on the show for Becca, who this time, will have her pick of the litter! Although The Bachelorette 2018 will premiere in May, Chris Harrison did invite five contestants to appear on After the Final Rose. Fans got a first look at some of the hotties vying to win Becca’s heart and we’ve got the details on them here!

The First Guy Charmed the Audience with His Accent

Lincoln was the first guy the audience and viewers were acquainted with. In his sweet accent, he told Becca that she was glowing and looked magnificent when he met her. He also told her that it was his birthday and he couldn’t ask for a better birthday present!

“I watched what you went through last night and I need to applaud you for how well you handled that. It’s contagious and that energy has inspired me,” Lincoln added. He also went on to call Arie a “wanker” in that oh-so-sexy accent of his!

When One Door Closes…

The next contestant who will be vying for Becca’s heart is Chase. He also expressed his sympathy and told Becca that he thinks she deserves better.

Chase dropped the line, “When one door closes, another one opens” and said that he hopes to be the other door for her. He complimented her on her smile and said that he can’t wait to see that smile again when he steps out of the limo for the first time.

Darius was Quite a Gentleman

Darius with his goofy and sweet smile apologized to Becca on behalf of his entire gender for the way she was treated by Arie! He told her that he is excited to be on this journey with her and couldn’t stop commenting on how gorgeous he thinks she is!

Brian made a unique and fun-loving entry by playing an original song for Becca on his banjo!His voice wasn’t bad at all and he certainly knew what he was doing with those strings! He said that he had heard amazing things about her and he can’t wait to get to know her.

Blake Showed Becca How to “Get Back on the Horse”

The final revealed contestant, Blake actually brought a horse on stage and said, “As the saying goes, when you fall off the horse, you gotta get back up again. So, Becca, I brought you this horse and I want to be the man who will help you get back up again.” Aww!!

Becca was definitely thrilled to meet the five guys. She revealed in an interview that she is ready to welcome the new chapter of her journey with arms wide open.

The next Bachelorette claims that she has a lot of love to give and wants a partner to share it with. Becca Kufrin also explained that she is not afraid to give each of these guys a chance in order to find out who is the right one for her. Here’s hoping the second time’s the charm!