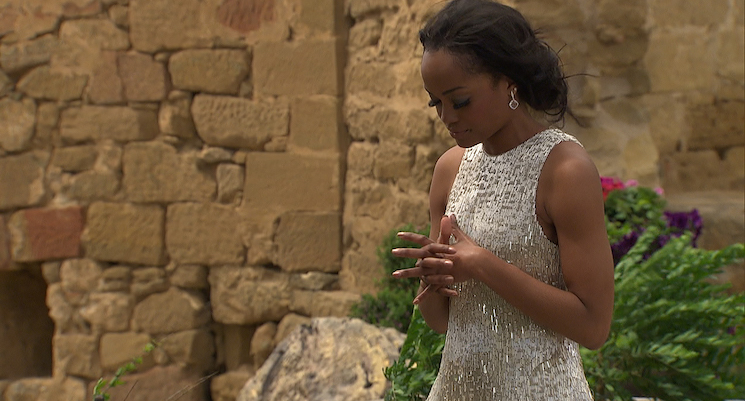 Rachel’s journey has been filled with laughter, tears, love, and controversy on the 13th season of The Bachelorette. The last update was that she narrowed down her search for love to 37-year-old Bryan Abasolo, a Miami chiropractor; 29-year-old Eric Bigger, a Baltimore personal trainer; and 31-year-old Peter Kraus, a business owner from Wisconsin. Who wins The Bachelorette? We know that she made a decision and accepted a proposal, and tonight’s three-hour season finale will reveal who she chose.

The First Ever African-American Bachelorette

This season has without a doubt been so controversial and polarizing on various levels. First of all, Rachel is the first African-American Bachelorette, breaking tradition and stirring up excitement and curiosity among dealers. One of the topics has been at the forefront of this season is interracial relationships. Every decision Rachel has made on the show has been viewed with extra interest, especially as moments of romance, high points, and self-doubt were revealed on the show.

In recent weeks, Rachel has been gushing about being madly in love to numerous media outlets. The bachelorette is now happily engaged and has plans to marry the love of her life in 2018. She seems confident that she has made the right decision, however before the final Rose Ceremony she seemed unsure. Get ready for some The Bachelorette season 13 finale spoilers!

Rachel narrowed it down to her final two bachelors, but she felt utterly conflicted about both men. A source even said that she was thinking about walking away from the whole thing, fearful of making the wrong choice. When she began breaking up with one of the final two guys, an insider said it was the “most heart-wrenching of all time. They couldn’t say goodbye, and even when they did, there were so many tears from her.” Rachel is really taking this decision seriously, asking questions about religion, living situations, and child raising. She even asked them about their salaries. It’s no surprise that this is a really big decision, and Rachel really wants to be sure she makes the right one. The official spoiler as to her final decision was revealed by the notorious Reality Steve. Based on his predictions (which have almost always come true in the past) Rachel is engaged to Bryan. The reasons behind this decision have not yet been revealed, and there are still plenty of blanks to be filled in. Many fans are confused with this news, considering how awkward his encounter with Rachel’s family went last episode. After being grilled by her family with big questions about their relationship, Bryan asked to be excused from the dinner table. Surprisingly though, Rachel seemed to be defensive of him as he walked away–could this be because she had already made up her mind? All of these questions still need to be answered and this is why you need to be sure to tune in to the season finale on Monday at 7:00 p.m. EST on ABC. Until then, check out this recap clip below!