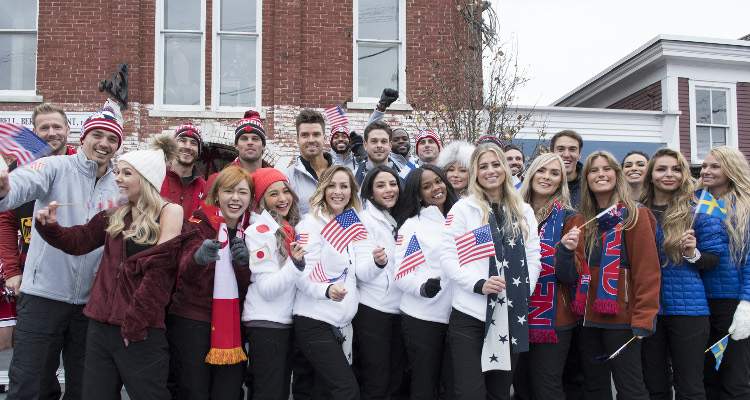 The ever-popular Bachelor franchise is all ready to launch yet another spin-off called The Bachelor Winter Games. The show will feature exciting men and women from The Bachelor and The Bachelorette from all over the world, meeting in the cold environs of Manchester, Vermont. The show is all set to premiere on February 13, 2018, and the excitement is already palpable. Read on to find out the exciting details of the show that will surely heat things up!

It seems that fans can’t get enough of The Bachelor. Adding to its spin-offs —The Bachelorette, Bachelor in Paradise, and Bachelor Pad —is The Bachelor Winter Games, which is all set to premiere on February 13, 2018, on ABC! Fans are already chomping at the bit!

These contestants will reunite at a winter resort in Manchester, Vermont, where they will compete in different winter sports challenges. The cast of The Bachelor Winter Games was already revealed, and will feature familiar faces from the Canadian, English, Swedish, Australian, Finnish, Japanese, New Zealand, German, and Chinese editions of the franchise.

I’M BACK BABY! I totally forgot what these certified grade-A bachelor roses smelled like, it’s been so long!?Bachelor Winter Games and I will be coming to a screen near you oh so soon 🙂 #allowmetoreintroducemyself #LesleyM #teamUSA #bachelorwintergames

Even though the premiere of The Bachelor Winter Games is a couple weeks away, one contestant who is already being talked about is 30-year-old Lesley Murphy from Fort Smith, Arkansas. She was on The Bachelor season 17 that aired in 2013, competing for then-26-year-old Sean Lowe’s heart.

The Longest Kiss Ever!

She came in fifth place before bowing out, but not before leaving her mark. When she went out with Lowe on a one-on-one date, they broke a Guinness World Record for longest onscreen kiss, clocking in at a passionate three minutes and 15 seconds. Did they come up for air?!

Lowe eventually married Catherine Giudici and Murphy was a bridesmaid at the lucky couple’s January 2014 wedding. Murphy is back in the news because there are reports that she and Dean Unglert are dating! The couple were reportedly spotted holding hands at a Sundance Film Festival party on Friday (January 19) evening, looking pretty comfortable in each other’s company.

Turning Up the Heat

Wearing my scars with a smile today and every day 🙂 Happy to finally reveal my before/after photos on the @embracescartherapy I've been doing for the past few months after my double mastectomy surgery! See more on the blog (link in bio)?

According to sources, Unglert is “really happy” with Murphy as they are both “goofy and have a lot of fun together.” It sure looks like things are going to get pretty hot in cold Vermont! You can see it all go down as The Bachelor Winter Games premieres Tuesday, February 13, 2018 at 8:00 p.m. EST on ABC.