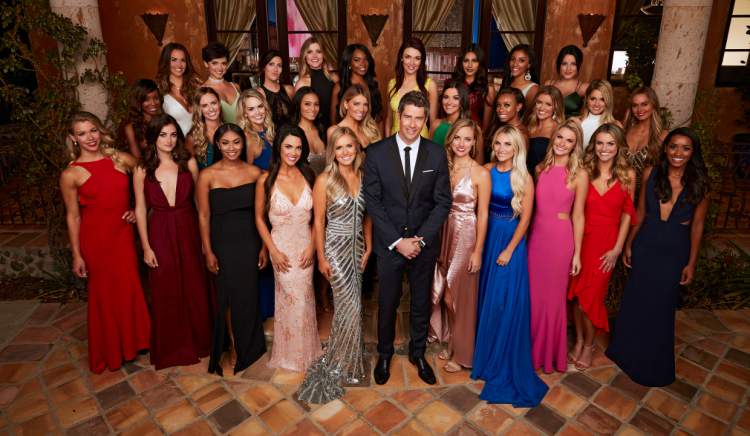 Arie Luyendyk Jr. went through some pretty intense moments on the hometown dates of his potential life partners, and fans weren’t disappointed in the way he handled it all! Find out which lady got the rose and who went home on The Bachelor last night. So, read on for more The Bachelor week 8 spoilers.

Lauren, Tia, Becca, and Kendall are the final four in the running to become Arie Luyendyk Jr.’s forever after. But not after last night! A woman is sent home after meeting her family, and we have the details with The Bachelor recap.

The first hometown date is pretty relaxing for Arie in terms of travel, since Kendall’s family lives in Los Angeles.

It all begins with dead rats in a creepy warehouse! Yeah, Kendall, a taxidermist, takes her potential husband to show him the professional part of her life, and it is pretty intense.

The couple tries their hand at the process together, and Arie is not all that comfortable. Nonetheless, he is falling for her and has to accept her for what she does.

Kylie is able to use her twin radar and suspects that there is a sort of distance between Kendall and Arie. She is worried about it and gives Kendall some sisterly advice.

Kendall’s dad, however, is torn about Arie. He wants to know if what is going on between the two is “real.” Arie convinces her dad and gets his blessing, although he was initially against it.

One blessing down, three to go?

Playboy Wants to Settle Down

The next hometown date is a little less creepy but a lot more investigative. Tia comes from Weiner, Arkansas. She chooses racing to welcome her potential husband to her hometown. Score!

Arie loves the concept, and the two lovebirds take to the tracks faster than anyone can say “rose!”

Arie, a pro (remember?), leaves Tia in the dust at the Crowley’s Ridge Raceway. However, it may not be a loss for her.

Tia and Arie walk into her home to meet her father, Kenny (who jokes about wanting to polish his shotgun when he sees the lovers enter), and her brother, Jason.

The warm welcome our stud gets is very interesting. Not to ruin too much for you, but it’s kind of like the calm before the storm.

And the storm hits Arie in the face! Not only does Kenny feel like his daughter might be dating a playboy, but Tia’s brother has also done his homework! Point blank, he fires a question at Arie asking, “How can you prove to me tonight that that’s not who you are?”

Aries defends himself and agrees to have been a playboy during his racing days, but he insists that he’s not that man anymore. He explains to his potential brother-in-law that he’s falling for his sister and is looking for a wife to settle down with.

That manages to convince Kenny and Jason. And it was blessings galore for the bachelor.

Oh, Becca! She’s possibly one of the strongest women on the show and is doing her best to win Arie’s heart. Caramel apples, lakes, and her love for Minnesota is more than enough for Arie to fall a little more for Becca.

But all is not as smooth and sweet back home. Becca’s mother, Jill, is very skeptical about Arie (as were many other parents). And, Becca’s Uncle Gary is a hard nut to crack, too!

After Becca’s father died, Gary became like a second father to her. This only meant that Arie had to go through a tougher exam.

So, is he able to convince Becca’s family? Not so much, it seems! But Arie manages to impress Becca’s mom by telling her about how his parents have been together for 36 years because every day “they choose each other.”

The line definitely struck a chord with Becca’s mom. She smiles as she tells him she fully agrees with that sentiment. Becca also adds how much Arie makes her happy, and all in all, it is a successful visit.

Onward to the icy lands of Lauren’s family!

It is pretty exciting to learn a little more about shy Lauren. And after meeting her family, muttering “that’s where she gets it from” to yourself is inevitable.

Arie is sweating bullets as he faces Lauren’s mom, Pamela, and the rest of the family. He even has to excuse himself for a moment to calm down and towel off! Pamela is a little concerned about how Arie will adjust to their very conservative family.

Between the pauses in awkward silences, Arie tells Lauren’s family he was actually born in the Netherlands. So, Lauren’s mom tells him to say something in Dutch. He tells Lauren she’s beautiful in Dutch, but then it is soon back to a room full of awkward gawking and silence. (It was borderline painful to watch.)

Lauren’s dad, Dave (a veteran), breaks the ice by asking Arie if he knows anyone in the military. Arie says no. Then, he asks Arie if he plays golf. Again, Arie says no.

This meeting is a disaster, and Arie excuses himself from the dinner table. He is visibly nervous and sweating. (Dads can have this effect on a man.)

But things shuffle quickly, and Arie gets to sit down with Dave for a drink by the pool. They actually really loosen up and Dave is very impressed with Arie’s racing days and the fact that he attended a tour to visit the Iraqi soldiers. Phew!

While Arie seemed to get Dad’s seal of approval, it was Lauren’s mom, Pamela, who he had to convince. Pamela admitted to him that she is a little concerned about the rest of the women who he has been seeing on the TV show.

It seems like a blessing is far from sight, but in the end, Pamela gives in to her daughter’s wishes. Although it is not a proper blessing, it is a half-blessing for sure!

Well, after some very entertaining visits, it is time for our handsome hunk to get back to the Bachelor Mansion and make some important decisions.

Without much delay, let us tell you who got sent home on The Bachelor last night. It was Tia!

While some fans were all Nooooooo, a lot of them were shocked to see taxidermy still on board!

The next episode is a “Women Tell All” special, and we can’t wait to see what the ladies unveil! Watch The Bachelor, Mondays 8:00 p.m. EST only on ABC!