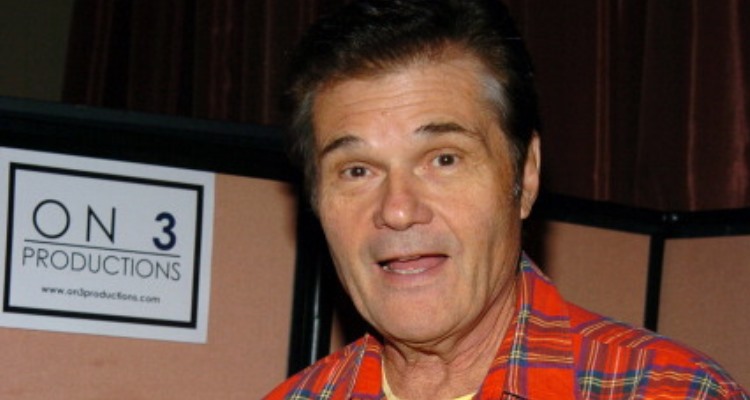 The Bachelor’s guest judge has been revealed and fans can’t wait for tonight’s competitive “doggy style” episode! Who wouldn’t want to see dozens of women go head-to-head in the thirst for one man’s heart? But everyone’s been wondering who will to judge the fun-filled competition tonight! Here’s what you need to know about guest judge Fred Willard, plus some juicy Bachelor spoilers!

Charming race car driver, Arie Luyendyk Jr. got his heart broken by The Bachelorette 2012’s Emily Maynard. Since then, the 36-year-old has been selling real estate for a living, and is still looking for the perfect girl to settle down with! On this season’s The Bachelor, Arie got the chance to meet 29 beautiful women selected for him by the show’s producers, in hopes that one of them will be the one. Currently, Arie is happy. In an interview, he talked about how he enjoyed watching the show back and hearing all the women’s interviews to gain more perspective on things he couldn’t see during filming. He also shared something he learned about himself. “I learned that I’m capable of loving more than one person at the same time. I learned that this wasn’t as easy as I thought it would be,” he said. “But I also really enjoyed the experience. I also met some incredible women. And it was truly hard to say goodbye to them. But I’m glad I went through the process. I glad I did it.”

If you’re wondering who Fred Willard on The Bachelor is, you’ll get to see his comedic commentary tonight! On tonight’s episode, Arie will select eight women to battle for the top spot in the wrestling arena, along with Ursula Hayden and Angelina Altishin, two top veterans of the Gorgeous Ladies of Wrestling (GLOW). The episode will also welcome a surprise guest; Kenny “Pretty Boy Pit Bull” King from Rachel’s Bachelorette season will return to the ring, and he will be the one to take Arie on! The Dynamo Dogs and seven of the women will perform together, with Chris Harrison and comic actor Fred Willard bringing a hilarious commentary. If this sounds like an exciting night to you, tune into ABC tonight, January 15 at 8:00 p.m. EST to watch it all go down!

Who Is Fred Willard?

Fred Willard, from Modern Family, and Best in Show, will make viewers crack up as he comments on tonight’s wild show. You may remember him from movies like Anchorman and American Wedding. The show will take place in a Los Angeles park, and the women will get to meet Arie’s dog, Bastian on the date! There are still 18 women fighting for Arie’s heart and they include: