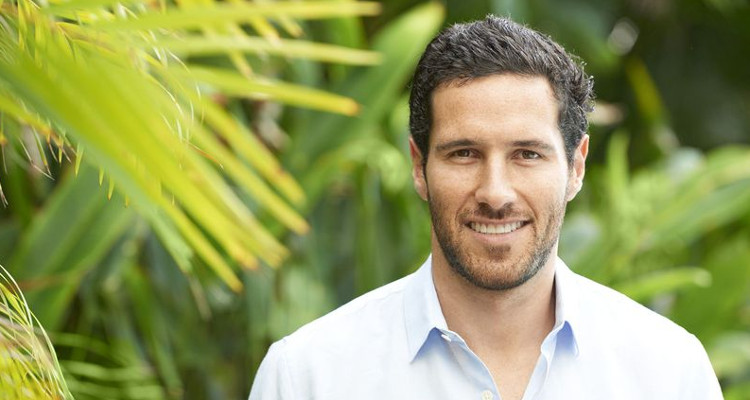 Poor Jack Stone’s claim to fame precedes him wherever he goes. Thanks to a creepy interaction with Rachel Lindsay, Stone has to bear the burden of being called a serial killer! Read on to find out how he earned his nickname and who gets engaged on Bachelor in Paradise.

Why do they call Jack Stone a serial killer? First of all, it is entirely his fault! Why did he have to be so creepy and weird when he met Rachel Lindsay on The Bachelorette 2017? That is why he got stuck with the nickname and why people think that Jack Stone is a murderer. Lindsay soon crossed Stone off her list of suitors. We have more details about why Jack Stone is known as a serial killer right here.

The Man with the Creepy Smile

Things got weird as soon as Lindsay and Stone sat down for a date. She asked him what he would do with her in Dallas and nobody expected his reply! Stone looked at Lindsay with a creepy smile and told her that he wants to lie down in bed with her in a locked room. He took long, suspenseful pauses while speaking as if he were a villain revealing his murderous plot. It was no surprise that Lindsay was alarmed. She did not hesitate in eliminating Stone. With a creepy smile cringe-worthy dates, who can blame her for taking the safe way out?

Stuck with the Tag

To make things worse, when Stone arrived on Bachelor in Paradise the first thing he said was “I’m not a serial killer.” When you have to introduce yourself that way, it means you know how bad of an impression you made. We actually feel a bit bad for him now. Though, it was entirely his fault! Jack Stone is now on Bachelor in Paradise trying hard to turn a new leaf and have someone see his not-so-creepy side.

People want to know which (if any) couple gets engaged on Bachelor in Paradise season 4. Even though Reality Steve predicted that there would be no engagements this season, he is only half right. According to US Weekly, Derek Peth and Taylor Nolan got engaged during the taping of the Bachelor in Paradise aftershow on Wednesday, August 30, 2017. That’s great news for the couple and fans who were hoping that there would be a happy ending for at least one couple. A source told US Weekly, “Derek and Taylor got engaged last night. No one knew Derek was going to propose. He gave her a Neil Lane ring.”

Working Things out Together

Peth and Nolan got close during the first few days in Mexico, and reportedly kept in touch while filming was temporarily suspended. When the couple came back to BiP, they continued their relationship and soon became a solid couple on the show. They overcame the few squabbles they had and realized that they really wanted to be with each other. They talked and worked out their differences and are now reportedly engaged!

As for Jack Stone’s luck on Bachelor in Paradise, he needs to have a complete personality makeover if he wants to be lucky in love. First of all, he has to get rid of his serial killer label, and maybe stop being so awkward on dates. Which might be easier said than done for him!