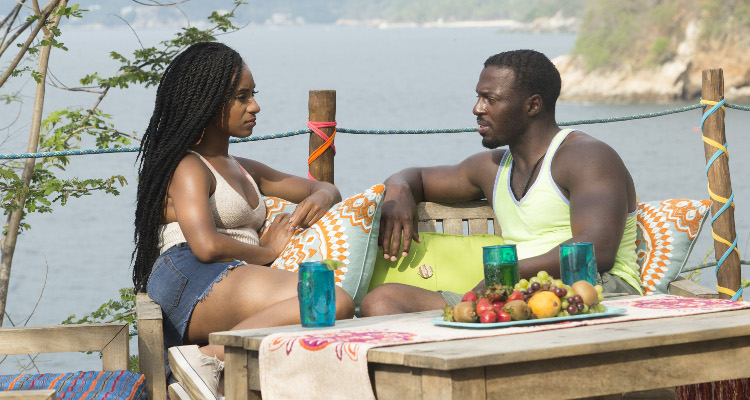 Our lovely vacationers of Bachelor in Paradise 2017 are trying very hard to stabilize a relationship in the Mexican getaway. Love quadrilaterals and broken hearts are in every corner of the resort in Sayulita. Will there be at least one couple in the finale? Or will none of the couples work out? We’ve got the scoop on who proposes on Bachelor in Paradise just in time for next week’s finale.

Reality Steve predicted that nobody gets engaged at the end of BiP season 4 and after this week, it might be true. BiP’s own McDreamy—Dean—is going between Danielle “D.Lo” Lombard and Kristina Schulman. While he’s clearly attracted to D.Lo, he’s not letting go of his Paradise safety net, Kristina. As much as she tried, Kristina decided she had enough and left. That perhaps gave Dean a chance to romance D.Lo but with awkward tension between them.

Blake E and Fred Johnson barely last a day in Paradise, even though Fred seemed to be popular with the ladies. He tried to win Dominique’s rose with his date card, but Diggy swooped her off her feet. So far, Diggy and Dominique look like a pretty solid couple but who knows, now that Jaimi arrived to shake things up. Jack Stone is killing it with the ladies (not bad for a serial killer), but he’s got Christen’s rose. While Robby is trying (and failing) to court Amanda, Raven and Adam were seen getting close at the end of this week.

Bachelor Nation’s favorite twins, Emily and Haley Ferguson, arrived in Paradise, and they were the best part of the entire season. They got a little TMI about how to tell them apart and had their sights set on Derek and Dean for a double-date. Too bad for the twins, Derek is too into Taylor to go on a date with Haley, and she has no choice but to settle for Jack Stone. Emily goes for Dean, and she’s not taking no for an answer. But she has to, a few times actually because Dean is sticking with D.Lo.

So Haley settles for the serial killer, and Emily has to ask out Tickle Monster Jonathan. But you know something’s really wrong with you when a serial killer stands you up. Yup. Jack would rather hang out with Christen, which leaves the twins livid at not getting the attention from the guys they obviously deserve. So they leave Paradise together which is sad.

Who Gets Engaged on BiP?

At the end of week 4, Chris Harrison told the remaining contestants that it is their last night in Paradise. The season finale is near, but we still don’t see any of the couples close to being engaged just yet, or at least going steady. We don’t know about the conclusion of Dean-D.Lo, Jack-Christen, Diggy-Dominique, and Raven-Adam, but some confirm that there will be one engagement at the end of this season.

Recent reports circulating the Internet said that commercial banker, Derek Peth from JoJo Fletcher’s season of The Bachelorette proposed to Taylor Nolan —the mental health counselor who locked horns with Corinne Olympios in the latest season of The Bachelor. The two had been getting close from day one in Paradise. They even kept in touch when BiP suspended filming back in June. They had a little tiff a while ago, but patched things up right away with Taylor claiming it’s the “magic” of their romance.

They appear to be going strong as it was reported that Derek popped the question with a Neil Lane diamond ring and Taylor said yes. The proposal reportedly happened in the BiP aftershow which was taped earlier. According to sources, Derek’s proposal came as a surprise not only to Taylor but also to everyone else.

Though they were only together a few weeks before the reported engagement, Bachelor Nation is hoping this couple lasts. Maybe Taylor and Derek will follow Evan and Carly and have a wedding special soon?

Bachelor in Paradise airs every Monday and Tuesday at 8:00 p.m. EST on ABC.