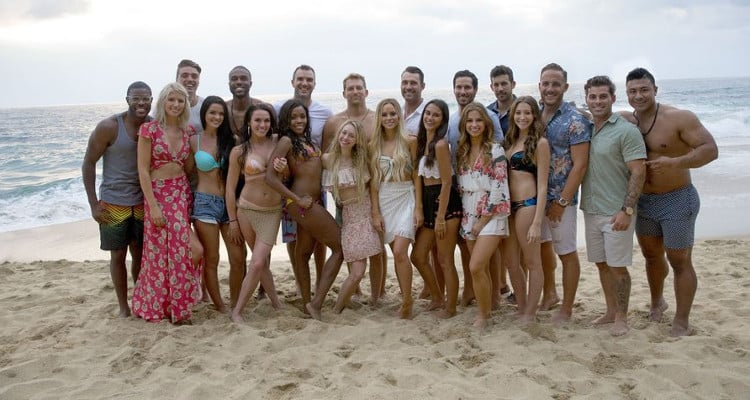 Bachelor in Paradise episode 4 showed some new couples getting closer, and some early pairings drifting apart. If you missed out and are wondering what happened on last night’s episode, then you need to scroll down for our BiP recap! Keep reading for all the Bachelor in Paradise spoilers you need!

Last night, Bachelor fans were in for an awesome episode, and needless to say, the Bachelor in Paradise 2017 cast is doing their best to keep us wanting more! Here’s your daily dose of paradise with our BiP season 4, episode 4 recap! If you want to know what’s going to happen next week, we have a sneak peek into Bachelor in Paradise week 3!

BiP episode 4 had everything you needed for some seriously good entertainment! Though we were all excited to know what happens in paradise, we couldn’t help but be excited for DeMario’s interview with Chris Harrison. DeMario (holding back tears) said that he had no idea why he was removed from the show until later. “I remember calling my dad and was like, ‘Man I got kicked off.’ He was like, ‘Oh this reality stuff really isn’t for you.’ We laughed and I remember landing and calling my mom. My mom [said] the same exact thing, she was like, ‘What?’” explained DeMario.

Though we’re still not completely out of the fog regarding what went down, we do know that the verdict given by Warner Bros. revealed that nobody was at fault. So, when asked what he remembers about that night, DeMario said that he was a “victim” and wants to salvage any memory of that night, but can’t remember much of what exactly happened.

He added, “It’s unfortunate that my character and family name has been assassinated this past week with false claims and malicious allegations. I will be taking swift and appropriate legal action until my name is cleared and, per the advice of legal counsel, will be seeking all available remedies entitled to me under the laws.”

Getting back to the show, date cards and kisses were “showered” on the cast of BiP 2017, with new faces somewhat being welcomed. We saw some of the original couples start drifting apart, and we don’t know who will find love at the end of it all! In one love triangle (these are becoming common and fast) we saw new entrants Adam, Raven, and Sarah, in a fix. The idea of a threesome lingered in the air for hot second when Raven explained how Adam and Sarah spent a night with her at Adam’s place during the show’s suspension. But when she woke up, she saw the two of them cuddling. Raven is eyeing Adam, and Sarah is currently in the way. When the season began, everybody was rooting for Raven to find love and by the looks of it, Adam may not get her after all.

Can we talk about raven and Sarah spending the night with Adam!? #BachelorInParadise pic.twitter.com/rYQIoLarHY

It was all about Diggy last night, who ended up going on two dates! Lacey and Diggy rode horseback to their one-on-one at a secluded beach with Jorge (or “Tour-ges” according to Lacey), who gave them a tour of that part of the island.

They found an overly-friendly Jorge, who already had the champagne waiting for them. After telling them that his parents conceived him on the island, Jorge didn’t leave, and neither Diggy nor Lacey had the heart to tell him they were uncomfortable (but the looks on their faces were enough)! We didn’t know this was a two-on-one! (Clearly, neither did Diggy or Lacey!)

Dominique came fully prepared and had her mind set on Diggy. She had a date card with her, and without hesitation asked him out! And to our surprise, Diggy was nowhere close to having second thoughts about going on a date with her! We wonder what he really thinks of Lacey? Diggy and Dominique went at it, with him telling Dominique that he wants to see where things go between them, adding that he feels nothing for Lacey. After some tacky pick-up lines and cheesy compliments, Diggy and Dominique ended their day together.

#BachelorInParadise How Diggy looked at Lacey when Dom came in pic.twitter.com/sBzF0KMVSy

Corinne will be talking to Chris Harrison next week, and we can’t wait! We can also expect a whole other side to Kristina and Dean, and see where Diggy and Dominique are after their date.

Don’t forget to watch Bachelor in Paradise season 4 every Monday and Tuesday at 8:00 p.m EST on ABC.