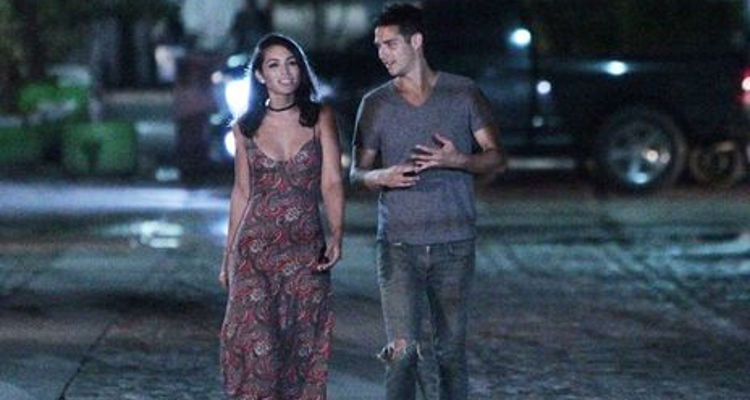 Bachelor in Paradise season 3 airs its finale next week, and the only question on everyone’s minds is whether their favorite couples are amongst the top three finalists! Naturally, fans are wondering whether the couples are still together in real life after the show ends. If you want to know whether Ashley Iaconetti and Wells Adams are still together, we’ll tell you all the juicy details about the happy couple right here.

Are Ashley and Wells Together?

I’m back on BIP on Monday!!…I think…I’ll be recapping this week’s episodes on @fabfitfun’s snapchat later tonight.

Everyone who watches Bachelor in Paradise religiously is well-aware of the circus that was the Ashley-Jared-Caila love triangle! Ashley had a borderline unhealthy obsession with Jared, that led to her jealously driving a wedge between Jared and his ladylove, Caila. Long story short, Ashley literally pushed the lovebirds to call it quits, prompting Caila’s exit from paradise, while firing up her own romance with a certain DJ from Nashville. It seemed like Wells Adams turned out to be Ashley’s knight in shining armor, rescuing her from herself. The two got along famously, which subsequently elevated Ashley’s status from resident crybaby to potential fiance of the handsome Portuguese dog lover.

Click here to know more about Ashley and Wells’ relationship.

@wellsadams and @ashley_iaconetti have a lot to taco about, such as their phenomenal Instagram accounts! ???? #bachelorinparadise

Fans were immediately excited for the good-looking couple, pleased that both Ashley and Wells had finally found the love that they both deserved. Unfortunately, the timing of their relationship was questionable, with only a week to go for the season three finale of Bachelor in Paradise. While couples like Grant and Lace, and Josh and Amanda have been together since the beginning, it seems unlikely that Wells and Ashley will get engaged by the end of the show. After all, a courtship period of ten days can hardly be expected to end in an engagement!

Hopeful fans are speculating that Ashley and Wells might still be together, after the show. While Ashley lives in New York, Wells is based in Nashville, which may make their relationship long distance, but not impossible to work. Before coming on the show, Wells was linked to former The Bachelor contestant and fellow Nashville native, Carly Waddell, but it seems to be a thing of the past now that Ashley openly admitted on camera after her date with Wells that, “I feel more chemistry than I ever did with Jared.” At least fans can get a good night’s sleep, knowing that Ashley isn’t merely using Wells to make Jared jealous!

The end of summer legit gives me anxiety. It feels like I still have to go back to school or something. ???? I’m going to enjoy the last few weeks of heat with my @fabfitfun summer box. You can order your box at www.fabfitfun.com and use my code “ASHLEY” and get $10 off! #fabfitfun #fffpartner

Some couples have managed to keep their relationships post Bachelor in Paradise under wraps, while others, not so much. Amanda Stanton and Josh Murray are doing a horrible job, and have been photographed together by the papparazzi on multiple occasions. If Wells and Ashley are indeed a couple, there’s no trace of their relationship on the internet, despite both of their active Instagram accounts.

I couldn’t get in, but as a huge fan of the TV show Nashville as well as a fan of so many of the artists that were discovered here, I had to get a photo here. P.S. I wear this @vixswim dress walking into Paradise at the end of tomorrow’s episode.

According to spoilers, it has been rumored that Ashley and Wells will stay together until the end, but break up before the overnight dates. Maybe Ashley isn’t over Jared as she previously assumed or perhaps she and Wells aren’t meant to be together, after all. However, things may be looking up, since Ashley recently posted a photo of her outside The Bluebird Cafe in Nashville. Could she be there to visit a certain someone? Let’s wait and find out more!