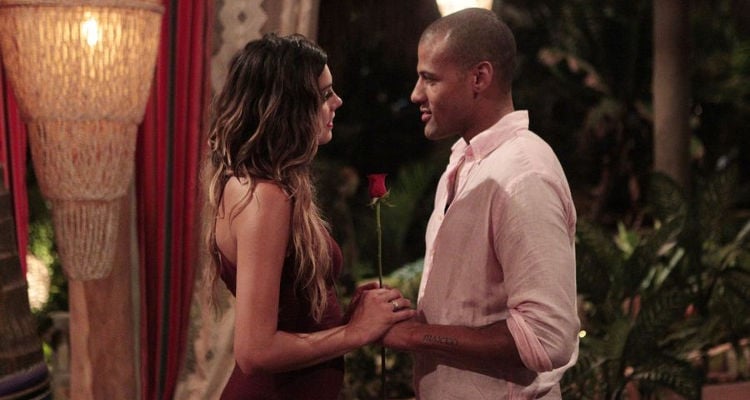 Nothing is more lovely than when a couple have found love for each other in each other. One such couple is Lace Morris and Grant Kemp. They are one of the couples on the ABC summer reality series Bachelor In Paradise, that is reaching it’s finale on Tuesday night. People are asking “Are Lace Morris and Grant Kemp still together?” People are wondering what happens to them once the show ends. We are going to reveal some Bachelor in Paradise spoilers and ruin the suspense. We will tell you the answer to your question “Are Grant and Lace still together?”

When Morris arrived in Bachelor in Paradise, she quickly made a connection with enfant terrible Chad Johnson. However his aggressive behavior convinced Morris that he was not the guy for her. She then got drawn to firefighter Grant Kemp and soon Morris and Kemp became one of the strongest couples on the show. The couple Grant and Lace have been lovingly nicknamed ‘Grace’ and have been together despite some turbulence in their relationship every now and then. The big question however is “Will they stay together till the end?”

This is when Reality Steve steps in to spoil the show. Literally! According to Steve, Morris and Kemp are one of the three couples who will get engaged to each other on the Bachelor in Paradise season finale that will be telecast on September 6, 2016. The signs right now point to the possibility that Steve may be right. After all the couple has been spotted together and they are complimenting each other on social media. In fact some sites have even posted pictures of them together even after the shoot of Bachelor in Paradise has been wrapped up.

Morris has revealed that her relationship with Kemp is going strong and she is very much together with Kemp. In fact Morris has said that she is planning to move out of her home state of Colorado and go to California. California is where Kemp lives. Morris was about to start her career as a Denver real estate agent when she joined the Bachelor in Paradise show and had to to postpone her career engagements. Now with Kemp being the man in her life things have changed. Her relationship with Kemp is the top priority now and future decisions will depend on it. Sources say that now Morris will be able to make a career by getting paid to promote products on the social media.

Fans of Morris saw a photograph of her loading a U-Haul truck last week and were curious where Morris was headed. Morris hinted that she is going to San Francisco because she has ‘some opportunities’ there. She did not say anything about moving in with Kemp. Kemp lives in San Francisco and works as a firefighter.

Their Lips are Sealed

Though Reality Steve has predicted that Morris and Kemp will not get married, one cannot be sure. There is a long way to go before the couple even discusses marriage. Right now they are together and enjoying each other’s company. They want to spend time with each other and understand each other. According to Steve, they will get engaged on the show’s season finale. Though Morris is under contract to not reveal the ending of the show, rumors of her engagement to Kemp are flying thick. In a season of uncertainty and break-ups, Morris and Kemp’s togetherness is endearing and as welcome as an oasis in the desert.