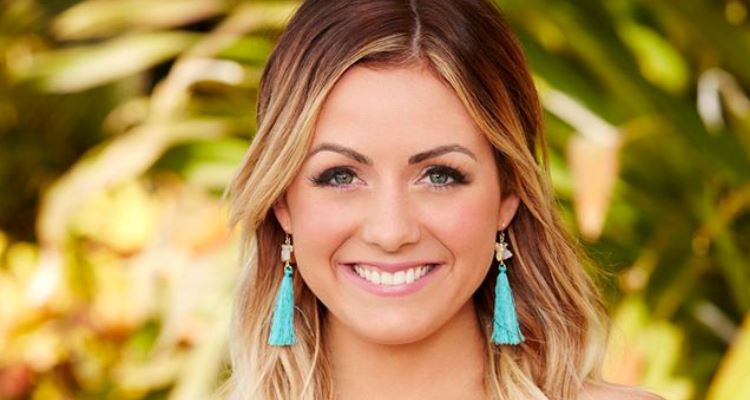 Fans often try to figure out what goes on with cast members of reality shows after they’ve witnessed the dramatic and romantic episodes unfold. This was the case with JoJo’s The Bachelorette, when everyone was trying to figure out if she had chosen Jordan or Robby. Naturally, she chose Jordan but the world couldn’t know, because the cast is required to keep it a secret or else the show would be ruined!

As we all saw last night, Carly was excited to see Evan and find out what kind of kisser he was, but then she didn’t have the same experience as he did and was turned off ever since. Carly even threw up the pepper during her date with Evan and told the world that her discomfort was mostly due to her date, Evan, and not the pepper. Those are harsh words from someone who is rumored to be engaged to him!

According to the Inquisitor, Cary and Evan are engaged and are living in Nashville together. But is this really true? Reality Steve also released a spoiler about Carly and Evan being engaged, but fans won’t get to see it all unfold until later. It would be interesting to see this eventual couple’s journey, since Carly wants nothing to do with Evan at this point. But who knows, maybe he wears her down and gets her to see what potential they have as a couple. On shows like Bachelor in Paradise, anything is possible!

Whether you believe the engagement is real or not, you will just have to watch the show and see for yourselves. Bachelor in Paradise airs tonight at 8:00 p.m. EST on ABC, so get your fix of Evan and Carly as it’s very possible they really do fall in love! Check out information on Brandon Andreen, the latest contestant to join The Bachelor in Paradise cast, here!