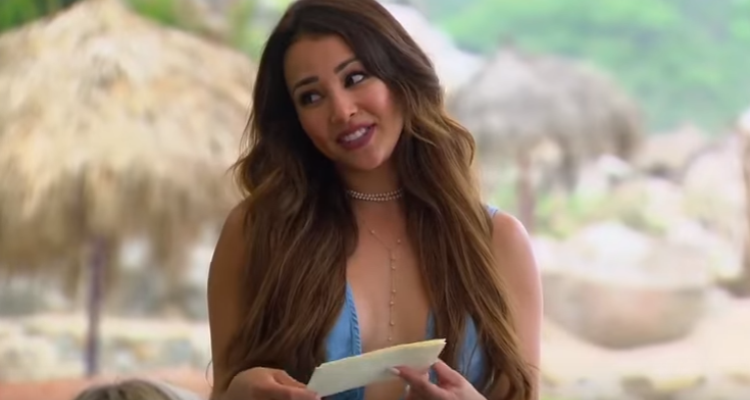 Bachelor in Paradise lets people relax and find love in sunny Mexico. Season 4 just started last week and has already taken the world by the storm. Before the next episode airs, take a look at some Bachelor in Paradise spoilers to see what you might expect in tonight’s episode!

Bachelor in Paradise may have just started last week, but the controversies surrounding this season have already made it this summer’s most anticipated show. Though the breakdown of what really happened between Corinne Olympios and DeMario Jackson was never elaborated on, there is still a lot of drama to come this season!

Bachelor in Paradise spoilers keep popping up and it’s hard not to want to know what happens before anyone else! After all, with so many people to keep track of (and people hoping for Dean Unglert to be the next Bachelor), BiP 2017 spoilers can let fans know what to expect!

In Bachelor in Paradise season 4, episode 3 we can expect a few claws to come out! Tonight, there is apparently a newcomer joining the squad, who is all set to charm the ladies. One frustrated female contestant is not clear about where the relationship with her potential man stands, so she wastes her date card on someone who might not even be interested in her.

A look at the #BachelorInParadise cast!

At the cocktail party leading up to the first Rose Ceremony of the season, one man will finally work up some courage to tell one of the women that he wants to slow things down. To spice things up, we will also see a new woman join Paradise, making some of the other women visibly jealous. However, it looks like the new entrant has her eyes set on somebody in particular!

Dean Unglert Has Found Love on Bachelor in Paradise!

In an interview, Dean Unglert, who was just seen on The Bachelorette season 13, confirmed that he was lucky the second time around. Talking about his experience on Bachelor in Paradise, Unglert said, “It was one of the greatest experiences of my life,” adding, “I’m looking forward to [seeing it air], but also dreading it…just the emotion of it all. I almost think Paradise might have been more stressful than The Bachelorette to be perfectly honest.” When asked if he found love on Paradise, he replied, “Yeah, I’ll be honest with you. I did find love in Paradise. Yeah. I don’t see any need to hide it.” However, he did not reveal if he is still with the mystery woman. “That’s the kicker! That’s the million-dollar question. I guess we’ll have to tune in to find out. That’s what the live reunion is for!” he quipped. Rumor has it that he found love in Kristina Schulman, especially after seeing the two hit it off when they met! (Then again, let’s not forget the obvious hearts in his eyes the moment teasers show Danielle L. walks in!)