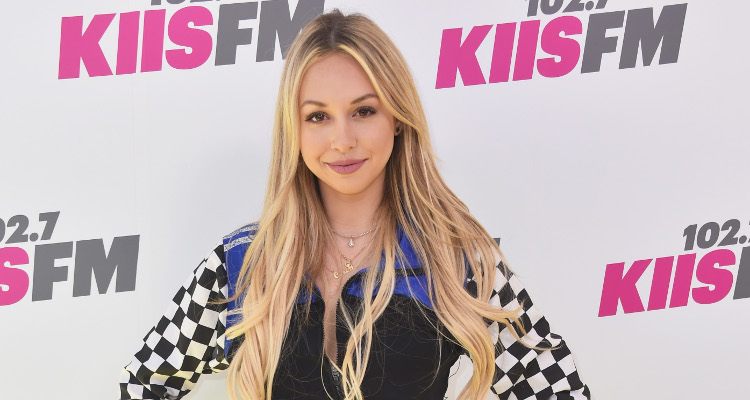 After Bachelor in Paradise halted filming in June, there has been much speculation in Bachelor Nation about the reason behind the stop in production. Corinne Olympios and DeMario Jackson were the main subjects of the scandal. There were unconfirmed reports of what happened between the two, fueled by the show’s repeated promises to disclose everything. Did that happen on the second night of the Bachelor in Paradise season 4 premiere? Here’s how the show’s producers, host, and contestants handled the scandal.

Monday night’s season premiere showed Corinne Olympios and DeMario Jackson getting pretty close. The most they showed was Corinne jumping into the pool fully clothed and DeMario following right after. Later that night, just before the Rose Ceremony, the producers pulled both contestants aside, the cameras stopped rolling, and the confused castaways were told they had to leave since filming was suspended.

The second part of the premiere opened with the Carly Wadell and Evan Bass’ wedding, before it cut to Chris Harrison welcoming the cast (sans Corinne and DeMario) back to Paradise. He tells the contestants that Warner Bros. investigated the allegations and no evidence of sexual misconduct was found. Each of them then talks about how the show isn’t scripted, and how everything is real. (However, many had nothing but eye rolls to some of the statements made.)

The contestants expressed their concerns for DeMario and how he was portrayed in the media as the “villain” and how they disagreed, adding that the media blew this whole thing out of proportion. Chris even throws in the “race” card, and they all agree it played a part in the scandal. On a related note, most of the people commenting on the issue were perhaps clueless about what exactly happened between Corinne Olympios and DeMario Jackson in the previous episode. To some, it looked like a rehearsed act the network had gone through with the cast, who confirmed that they aren’t forced to drink or act in any specific way. Many are still on the fence about why the events in the pool that occurred between Demario and Corrine wasn’t stopped sooner (especially if they were in that drunk of a state).

This was Chris’ cue to begin the first sex ed/consent class of the franchise. They each give their two cents on consent, and he tells the contestants to ensure that they keep the principle of consent in mind throughout their time on Paradise (and life in general) before they break away to do whatever they do on the show.

What Happened Between Corinne and DeMario?

BiP hasn’t shown much of what went down, but there are things to note. DeMario’s arrival was timed with Raven Gates’ comments about his time on Rachel Lindsay’s The Bachelorette, where he was sent home after an ex revealed he didn’t properly end things with her before coming on the show. Corinne arrives with champagne and says she didn’t plan on jumping the first guy she sees. After a few drinks, however, the other contestants noted that 30 minutes into Paradise, DeMario Jackson and Corinne Olympios were having a little too much “fun” in the pool.

When filming was suspended, Corinne and DeMario both released statements about what happened. Corinne said she was the victim and DeMario said his character was being “assassinated.” In their sit-down with Chris Harrison, the contestants said that Corinne’s statement sounded like it came from a lawyer and needed better wording.

Nothing to See Here

The footage released showed Corinne Olympios and DeMario Jackson kissing for all but two seconds in the pool. (This is only what was shown to viewers.) However, according to DeMario, it went well beyond that, with bathing suits removed and a very drunk Corrine attempting to perform oral sex on Demario (aside from trying to make DeMario perform it on her.) As it was reported, some producers felt that Corinne may have been too drunk to give consent, leading to the halt in production, and many of the crew walking off the set.

However, Corinne’s rep said that the footage shown to viewers was not of the encounter that stopped production. “The encounter that caused production to be shut down took place much later in the day, and was in a hot tub, not a pool.” Warner Bros. said that they won’t release the tape of the incident, and maintains that nothing really happened so no charges were filed.

So, you can see why Bachelor Nation is frustrated by the Bachelor-esque hype over nothing. It’s like the clip of Kenny bleeding on the previous The Bachelorette, which hyped a conflict with Lee only to turn out unrelated. They packaged general BiP goofiness as something grave and serious, so fans tuned in. But it seems a little fishy now, and many feel the allegations are being downplayed for the sake of the network.

Let’s not forget, the BiP season 4 premiere hit an all-time high in ratings for season premieres because everyone and their mother were dying to know what happened! “It was important to show that anything that was alleged that happened didn’t happen,” said one of ABC’s executives, Robert Mills. Sure, but you can’t fault Bachelor Nation for feeling they were misled!

Either way, we’re sure Bachelor in Paradise will have plenty of drama, even without Corinne Olympios and DeMario Jackson. Both these contestants, however, are likely to attend the reunion and perhaps have a word with Chris Harrison.

Bachelor in Paradise season 4 airs on Mondays at 8:00 p.m. EST on ABC.