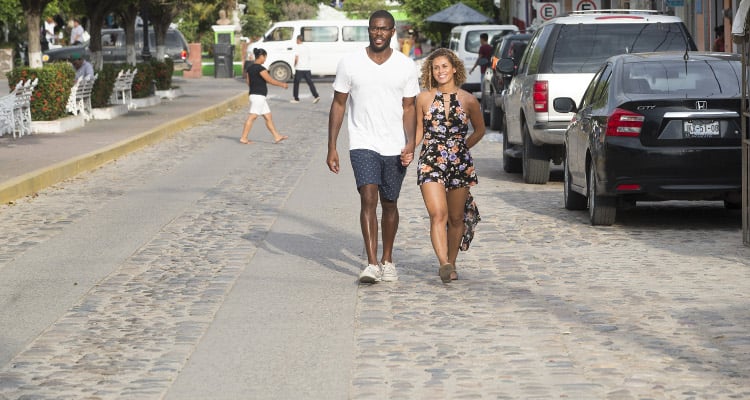 The latest season of Bachelor in Paradise is coming to an end with just one more episode to go! For many, what started off as fun and frivolous summer on the beach ended in heartbreak and drama.

This season, the Bachelor in Paradise contestants faced a lot of drama following the controversy surrounding Corrine Olympios and DeMario Jackson. Fortunately, the situation was looked into immediately, and the show went on.

Now that the season will soon come to an end, fans are dying to know who will be going home with a gorgeous Neil Lane engagement ring! Tonight’s episode of Bachelor in Paradise will have couples parting ways, lots of tears, and maybe a happy ending for some. So, if you want some Bachelor in Paradise finale spoilers, then keep reading! We’ve got the scoop on who gets lucky in love!

One Last Chance to Rekindle Love

With the budding relationships on BiP, fans want to know if anyone actually found true love in Mexico. The contestants have a chance to end a spectacular date with a Fantasy Suite card, and the opportunity to spend the night together behind closed doors.

In addition to the Fantasy Suite card, contestants have two other options: They can either decide to leave Paradise together and see if their relationships will survive outside the show, or break up and go their separate ways. Host Chris Harrison considers the Fantasy Suite to be a big step, and thinks that only serious couples should accept the invitation.

Is It Too Late to Say Sorry Now?

The ballad of Kristina and Dean continues. Do you think KrisDeana will happen? #bachelorinparadise

Everybody was heartbroken when Kristina left Bachelor in Paradise. She was upset with Dean’s wandering eye and, though he looked upset and walked her out, he had somebody to wipe his tears away, possibly healing his broken heart.

We know that Dean was interested in both Kristina and Danielle Lombard. Danielle was happy that Kristina left, thinking it was the first step to her happy ending with Dean. But we last saw Dean realize his mistake of letting Kristina go. According to sources, rumor has it that he will tell Danielle that he loves Kristina and will leave the show to win her back!

Robby first tried to get close to Raven, but she was not interested in him at all. Next, he hit it off with Amanda. In fact, there were rumors that the two were dating outside Paradise, but apparently, that is not the case.

Robby entered the show with a lot of enthusiasm and was confident that he would find love. But his dreams of having a happily ever after will be crushed when Amanda tells him that she does not see a future with him. So, apparently, they choose to leave Mexico separately.

Another couple who will reportedly be calling it quits is Jack Stone and Christen Whitney. They had amazing chemistry and were pretty close and fans were happy to see Christen wipe her tears and find a potential mate. However, despite their bond, they too are said to be going home separately.

According to sources, Jack suggests skipping the Fantasy Suite date with Christen and the two walk out of Paradise hand-in-hand. However, it is rumored that Christen then freaks out because she does not see him as her potential love interest. It looks like they are not only on a different page, they aren’t even reading the same book!

Sad Endings for Others

Jonathan Treece and Jasmine Goode made a very sweet couple on the show, but due to some differences, they will decide to go home separately.

Kenneth “Diggy” Moreland, the second love triangle on the show, has to choose between Dominique Alexis and Jaimi King. But according to reports, he decides to skip the drama and go home alone!

The three couples who allegedly take things a bit further are Raven Gates and Adam Gottschalk, Derek Peth and Taylor Nolan, and Daniel Maguire and Lacey Mark. They, along with the other Bachelor in Paradise contestants, will spill the details about their night and the morning after in the after-show special.

Will we see a proposal this season? What other surprises can we expect?

Get Ready for Some Hot Gossip!

After the Fantasy Suite, the three couples will sit in front of the audience and the other contestants to discuss.

In an interview, Chris said, “The show will extend back into the real world… It’s going to be interesting and I think a lot more fun for all of us.” He continued, “We’re [going] live, the show is wrapping up, and there will be people involved that were on the show because we have to find out where everybody is.”

He will sit down with the couples and discuss their post-show experiences and the status of their relationships now. However, the biggest spoiler is that Derek and Taylor reportedly get engaged!

It was also reported that Corinne and DeMario will also appear on the finale. This will be the first time we see the two together following their scandal during the filming of the show.

The Bachelor in Paradise season 4 finale will air Monday, September 11 at 8:00 p.m. EST on ABC.