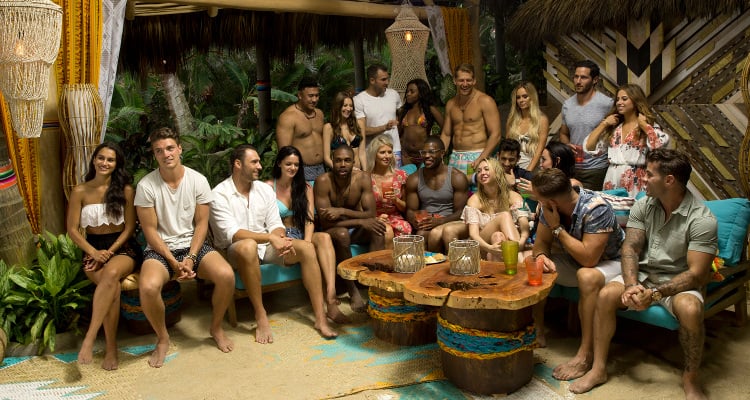 Bachelor in Paradise resumed filming after the Corinne and DeMario scandal, though the two controversial contestants didn’t return. Nevertheless, the party doesn’t stop in Sayulita, Mexico with host Chris Harrison. The cast of old and new faces are here for a second chance at love. Here are the contestants joining the Bachelor in Paradise 2017 cast.

The 25-year-old was runner-up in Nick Viall’s season of The Bachelor. Raven is fulfilling her dream of becoming a “Girl Boss” as a fashion boutique owner. She’s a fan-favorite thanks to her backstory of beating a cheating ex with a stiletto.

From JoJo’s season of The Bachelorette, Robby Hayes is a model. The 28-year-old was the runner-up after JoJo picked Jordan Rogers as the final winner.

Taylor is a mental health counselor who locked horns with Corinne in Nick’s season. The 23-year-old was eliminated during one of the worst two-on-one dates in the history of the franchise. She had to recover from the aftermath of her fight with Corinne before joining Bachelor in Paradise.

Peth is a commercial banker who finished seventh in JoJo’s season. He enjoyed lot of success on Wall Street, but it’s not known if he returned to his day job after a taste of reality TV.

The esthetician was on Ben Higgins’ season and was also on season 3 of BiP. She was engaged to Josh Murray at the end of Paradise but they went their separate ways in December 2016. So this is the 27-year-old’s third shot at love on the franchise.

The fitness trainer from California was vying for Kaitlyn Bristowe’s heart on The Bachelorette before he was eliminated. He turned down previous offers for BiP to focus on his business, but he’s now here for season 4.

The quirky Alexis brought laughs as shark-dolphin girl. The aspiring dolphin trainer dressed as a shark thinking it was a dolphin. The 23-year-old is now lurking around the beaches of Sayulita and yes, she’s got her shark suit!

After he was eliminated by JoJo, the 26-year-old completed his service in the U.S. Marines. He’s now an entrepreneur and trying his luck in BiP.

Lacey made a mark (pun intended) with her limo —or should we say camel— arrival on Nick’s season. And she made that awkward “hump” joke. Let’s see if she has more camels or jokes in Paradise.

The Florida native is the oldest contestant of the bunch so far. He first arrived in JoJo’s season dressed as Santa Claus. Something tells us he carried the beard and red hat all the way to Mexico.

Kristina is a dental hygienist who became famous on Nick’s season for her emotional backstory. She grew up in Russia with her sister but they separated when Kristina was adopted. The preview suggests Kristina is going to be involved in a love triangle in Paradise.

The barber who competed on JoJo’s season and participated in BiP season 3 was dying to get back to Paradise. When filming was suspended, he opened up about how everyone had to adjust with the negative situation resulting from the scandal.

Jasmine was the one who wanted to literally “choke” Nick with her love and was promptly eliminated after freaking him out. She stood out most in the BiP preview cozying up to several of the men. Who she ends up with is anyone’s guess.

The neonatal nurse arrived on Nick’s season after losing her fiancé to a drug overdose. Since it didn’t work out with Nick, the 31-year-old might have better luck in Paradise. But she nearly didn’t return because of her job.

Some special mentions include Emily Haley Ferguson, Jack Stone, Iggy Rodriguez, Matt Munson, Dean Unglert, and more who haven’t been mentioned in ABC’s official cast lineup yet. Corinne and DeMario didn’t return for BiP take two. However, they will be joining the rest of the cast for the reunion special.