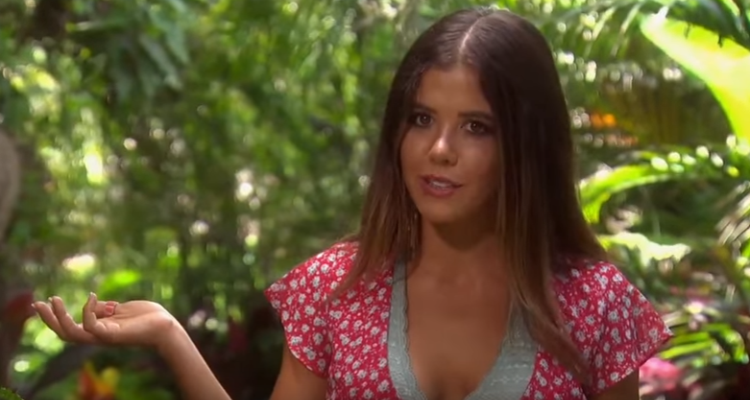 This season of Bachelor in Paradise is shaping up to be a drama-filled series with its fair share of regretful beachside hookups—and, to be honest, we expected nothing less from this cast. According to Bachelor in Paradise 2017 spoilers, there are going to be two new arrivals who’ll bring even more sex, jealousy, and deceit to the show. If you’re looking for more Bachelor in Paradise season 4, episode 4 spoilers and want to catch up on all the drama that went down this week, then you’ve come to the right place!

Reality Steve’s Bachelor in Paradise re-caps have outlined all of the juicy details—he mentioned that Dean Unglert had been fostering a connection with Kristina Schulman last week, but was keeping his options open. This became all too evident when he accepted a date invitation from Danielle Lombard. Kristina eventually grows weary of this and makes an exit. While Dean ultimately ends up with Danielle at the end, he admits that he was actually in love with Kristina. Yup, that’s some Bachelor franchise-quality mess for you!

Tonight the drama continues, but the focus turns to newcomer Kristin Schulman, the token virgin. Jasmine Goode has already sunk her teeth into Matt and has her heart set on securing a relationship with him, but Kristin puts a wrench in her plan. Emotions seem to boil over as both Kristin and Jasmine are seen crying, with Kristin accusing Jasmine of being mean.

Lacey Mark seems to be perpetually alone, even on this show that’s meant to have someone for everyone. Lamenting that she’s waiting for her one and only to show up in Paradise, Lacey Mark said on one episode, “There’s no one here interested in talking to me at all. I’m annoyed because people that I want to be here are not here — like Daniel. Daniel’s like the whole package for me. I feel like nothing is going to happen for me unless Daniel comes.” And come, Daniel will. However, before he makes his first appearance, Lacey is given a date card and takes housemate Diggy Moreland on a romantic outing. It seems to go well, but Moreland ends up with Dominique Alexis—just what Lacey needed, another loss. But fortunately for her, Daniel Maguire appears in Paradise at the rose ceremony! Many are wondering whether he’ll be the beau that finally works out for Lacey, which has left them wondering: when is Bachelor in Paradise on? BiP airs Mondays and Tuesdays at 8:00 p.m. EST on ABC!

What’s Going on with Danielle Maltby and Bartender Wells?

Danielle Maltby also made a sooner-than-expected exit this week, as she left just before the rose ceremony. Her official reason for leaving was so that she could participate in a charity trip to Africa, but some suspect there might be an underlying reason. She apparently had a crush on Wells Adams, the new bartender on the island. ABC reported that Wells may have feelings for her too, but that none of that truly matters, since they’re forbidden to “take their relationship to the next level.” Coincidence that her Africa trip seemed to coincide with feelings for Wells? We don’t think so!

Are Adam and Raven Still a Thing?

Raven Gates and Adam Gottschalk have had a bit of a romance together, but that may be thrown to the wayside with the arrival of Sarah Vendal. Viewers know that Raven isn’t the type to share her man, so it was no surprise that she tried to convince Vendal to take someone else, like Ben, on a date. Despite her efforts, Vendal asked out Adam, and he accepted. But all hope isn’t lost for the Raven-Adam romance just yet—we’ve seen some reports out lately that suggest they’re still dating!

This was a two-hour special, and at the end of last week’s episode DeMario Jackson sat down with Bachelor host Chris Harrison to talk about the Corinne controversy in the pool that had filming suspended. He delves into detail about the supposed scandal that shutdown production for a period of time and caused quite the media frenzy. But you know what they say—there’s always two sides to every story. Tomorrow night, Corinne Olympios will sit down with Chris Harrison to share her point of view on the situation.

Tune into ABC at 8:00 p.m. EST to see Bachelor in Paradise tonight!