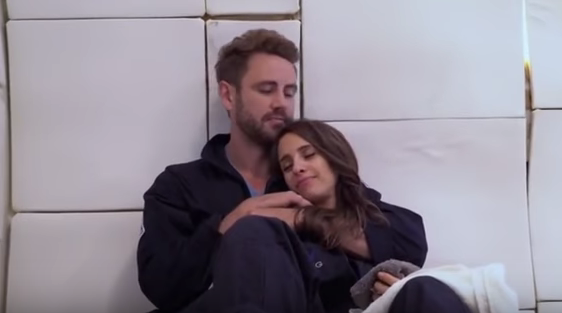 Start picking out wedding patterns and baby names, because The Bachelor 2017 results are in! Never again will fans have to wonder: “Who does Nick choose on The Bachelor?” After all this time, Nick chose the woman who was standing right in front of him, and now they can spend the rest of their lives together. We always had a feeling Vanessa would be The Bachelor winner, and now everyone else knows it, too!

As we all know, Corinne had to go—it just wasn’t a good fit. And as much as Nick might have enjoyed her nanny taking care of them both, it wouldn’t have ended well for either of them.

Rachel didn’t make the cut either, but don’t take out the tissue box just yet, because she’s already been announced as the next star of The Bachelorette! She will be the one to call the shots and pick the man of her dreams. Even though she and Nick had a genuine connection, it just wasn’t meant to be and we’re sure she’s going to have a lot of fun with a new bunch of eligible bachelors throwing themselves at her! We can only imagine the fights that are going to break out because of her. Move over JoJo Fletcher, it’s Rachel’s turn!

It was sad to see Raven go—she was a lot of fun and brought out Nick’s comedic side, at his own expense of course. But the heart wants what it wants and Nick’s heart was always beating for Vanessa, even if he didn’t know it right away. We’re going to miss the sweet, southern belle, and as heart wrenching as it was to see Nick break her heart, we just hope that she’ll mend and the two will one day be friends.

After all this time, the final rose went to Vanessa, and we’re sure her family couldn’t be happier. The two have been through weeks of emotional rollercoasters and extravagant dates, and let’s face it, any man that is willing to kiss you after you’ve thrown up in front of him (and the world) is definitely worth keeping. He clearly loved her enough to do that! Raven was obviously sweet as candy, and we could tell what Nick loved about her, but Vanessa was always a better match and Nick’s ultimate type.

“I’m very attracted to a strong, confident woman,” he said at the season’s start. “Someone who can keep up with me, keep me on my toes, challenge me and isn’t afraid to call me out on some of my BS,” he told Entertainment Tonight.

Even former Bachelor, Chris Soules said that he thought Vanessa was going to win!

“I think he’s going to end up with Vanessa,” he said. “I know Nick well enough that if he picks anybody…I think that he’ll pick Vanessa. That’s the girl he’s more into, for sure. I just know him well enough to know.”

Former bachelorette, Alexis, also supported what everyone else was thinking and that couldn’t have been easy for her, either.

“He and Vanessa have really good chemistry, so I feel like they’re going to end up together. It’s stronger than anyone else’s.”

The girl may not know the difference between a shark and a dolphin, but she knows true love when she sees it! We are so happy that Nick finally found love, and in a girl as lovely as Vanessa! Fourth time’s a charm, right Nick?

We wish Nick And Vanessa all the best and can’t wait to hear all about their wedding plans!