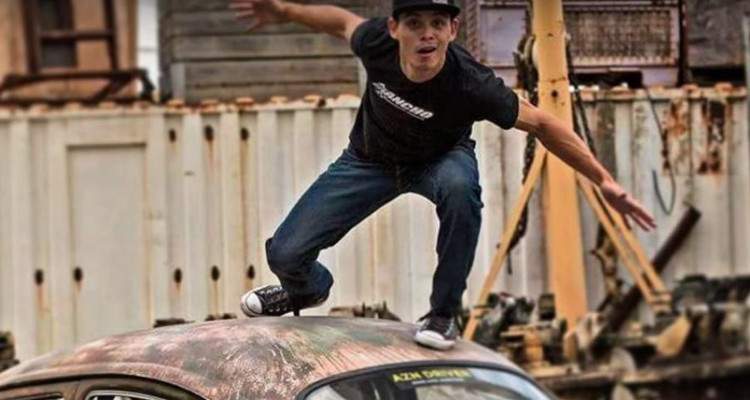 Street Outlaws gains a bigger fan following each season. So it comes as no surprise that viewers are curious to know more about the racers. To learn more about Jeff “AZN” Bonnett, take a look at our AZN from Street Outlaws wiki.

AZN’s real name is Jeff Bonnett. On Street Outlaws, he and Farmtruck have a dynamic friendship. While Farmtruck is behind the wheel, AZN does all the smart talk.

Also Read: “Street Outlaws” Azn and Farmtruck’s Story: Are They a Couple?

“It had a straight-six in it and a three on the tree, which was my first experience with a manual transmission, so I assumed all cars came with the three on the tree. I was in high school at the time. Farmtruck was able to find it again in the Carolinas and get it back for me in the same condition that it was when I sold it. And that’s the first car that I ever took a motor and transplanted a V-8 into with my dad and then transplanted an automatic transmission in it. And had my first street race in, got my first ticket in, and met Farmtruck in a street race in.”

He went on to explain that it cost him around $2,800. His dad lent him the money as a loan, which he paid back in monthly installments.

Finding a Way to Pay off the Car

To make ends meet and pay his father back, AZN found work in an unconventional way: “All houses have an address number, and I found a way to put a note in their box, letting them know that if their house was ever to catch on fire, the fire department would be able to find their house easy.”

It was his father who taught him how to drive. Reminiscing about it, AZN said that his driving was horrible, and his father would scream more than he taught. But, ultimately, it was because of his father’s strict way that he learned how to drive.

Clearly, AZN is obsessed with his first car. In fact, his car helped him to decide what he wanted to do for the rest of his life. In the same interview, AZN said, “This car taught me what to wanted to do with cars for the rest of my life. And that was to make them as fast as I could handle and keep upgrading them to make it go faster. So, learn how to drive it and keep improving the potential of the vehicle to be my skill set.”

Farmtruck and AZN met while racing on the 405 over 11 years ago, and eventually became close friends.

Because they are so close, and are always seen together, a lot of people wondered it they were dating. With there being no details on AZN’s girlfriend, it only fueled the rumors. However, despite the fact that they have not commented on it, that is just speculation.

A couple years ago, AZN transformed an old VW Beetle, which he named Dung Beetle because of the way it looks. But under the car is a 1000HP turbo-charged CB performance engine.

About Street Outlaws, AZN said, “I think that the show has added something to the automotive industry that it’s been missing for a long time. And that’s the ability to connect to it mainstream-wise. I think that people that don’t even care about cars and even don’t wish to care about cars, they’re innately attracted to it by the way that the show presents us and the vehicles on it.”

He explained, “I think that the show has been successful because of the fact that it’s just a multifaceted version of the car life that we live, and it documents a little bit of who we are, what we do, and our competitive nature. So the show has really taken the automotive industry and presented it to people that would’ve normally never even researched it.”

AZN and Farmtruck also run a website that sells accessories, apparel, hats, and decals. If you want any of their merchandise, their website is the place to go!

The site also has a blog and downloadable racing game for fans of the show!