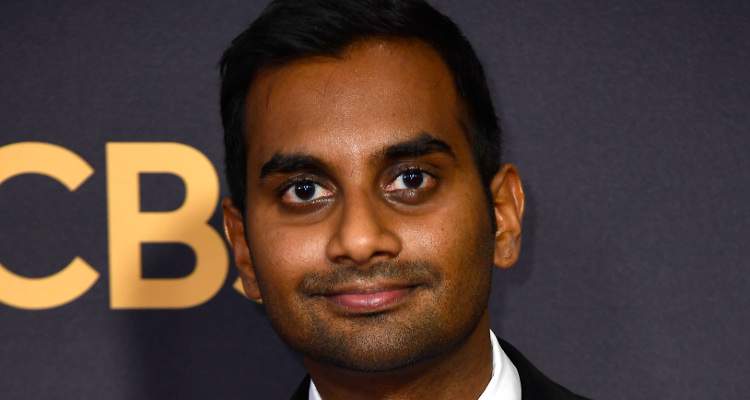 Award-winning comedian and actor, Aziz Ansari has been accused of sexual misconduct by a woman, who has chosen to remain anonymous. The allegation came forward through “babe.net,” where Katie Way detailed the night “Grace” (a pseudonym) was sexually assaulted. This sparked a string of tweets, and we have the details below.

Recent Golden Globe winner, Aziz Ansari released a statement regarding the allegations made against him, saying that he believed it was consensual, but is deeply apologetic for not understanding the situation. While there are many who, after reading Grace’s account, support the victim, many are standing up for the actor instead.

According to the report posted on “babe.net,” Grace, 23, is a photographer who attended the 2017 Emmy Awards after-party, where she met Aziz Ansari. She noticed that he, like her, was taking pictures with the same camera from the ’80s. The two got to talking, which led to flirting, and ultimately, she put her phone number in Ansari’s phone.

When she landed back in New York, she already had a text from the actor. After a week of “flirtatious banter,” he asked her out on a date, to which she agreed. “Grace said it was surreal to be meeting up with Ansari, a successful comedian and major celebrity, and she was ‘excited’ for their date.”

She wore “a tank-top dress and jeans” to fit the “‘cocktail chic’ dress-code” he suggested, and had drinks at his Manhattan apartment before going to dinner at a restaurant she believed he was eager to leave.

They went back to his place, where Grace commented on his marble countertops. To that, she said, he replied “How about you hop up and take a seat?” before kissing her, and touching her breasts.

Ansari allegedly undressed Grace before removing his clothing. When he was looking for a condom “within minutes of their first kiss,” she “said something like, ‘Whoa, let’s relax for a sec, let’s chill.’”

“Most of my discomfort was expressed in me pulling away and mumbling. I know that my hand stopped moving at some points,” Grace told Babe. She admits that she does not know if Ansari was aware of her hesitation. He reportedly performed oral sex on her and, after his request, she did the same to him. Still, she recounted, he asked her to take things further:

“I wasn’t really even thinking of that, I didn’t want to be engaged in that with him. But he kept asking, so I said, ‘Next time.’ And he goes, ‘Oh, you mean second date?’ and I go, ‘Oh, yeah, sure,’ and he goes, ‘Well, if I poured you another glass of wine now, would it count as our second date?’”

Ansari allegedly continued to attempt to pressure Grace, and when she continued to deny his advances, suggested they “chill, but this time with our clothes on.”

Since the news broke out, Twitter has opinions on the story.

A Lot of Support for Grace

A lot of men will read that post about Aziz Ansari and see an everyday, reasonable sexual interaction. But part of what women are saying right now is that what the culture considers "normal" sexual encounters are not working for us, and oftentimes harmful.

Things Aziz Ansari does not do in this response:
• apologize
• accept any fault for the situation/discomfort felt by the opposing party
• be even vaguely self critical

Things Aziz Ansari DOES do in this response:
• continue to pretend the entire thing was consensual https://t.co/tiAL5GtKzb

The Aziz Ansari stuff is a perfect demonstration of how rape culture works and how men are socialized to feel entitled to sex. No, there was no rape, but this thing where men pester women for sex and don't let up, even when it's clear she isn't into it, IS RAPE CULTURE.

Support for the Comedian

If that Aziz Ansari story is rape than everyone who has been on the modern dating scene has been both victim and perpetrator. You all said you didn't want courtship, you wanted sexual liberation. Welcome.

Re the claims against @azizansari: Hon, giving a blow job might make the guy think you’re, I don’t know, into the WHOLE thing? This story is mostly about a real life experience with a male star not meeting a woman’s romantic expectations.

She had a very bad date. It reads like there wasn't much passion on her end. She was seriously not attracted to him, so instead of telling him that, she went along with the seduction. She should of told him that she wasn't feeling it, and left his place. He did nothing wrong.

I'm a huge Trump supporter, but am disgusted by what has happened to you and support you 100%. You did nothing wrong, the misandrist lynch mob & their army of angry harpies can go and take a hike. Hang in there Aziz, you have NOTHING to apologize for.

Much like the fictional and absurd “Cat Person” story in the NYT. Sloppy sex/bad sex isn’t the same as “he raped me!” You make a mockery of a movement that includes actual sexual assault victims. So stop. Not everything is rape or assault.