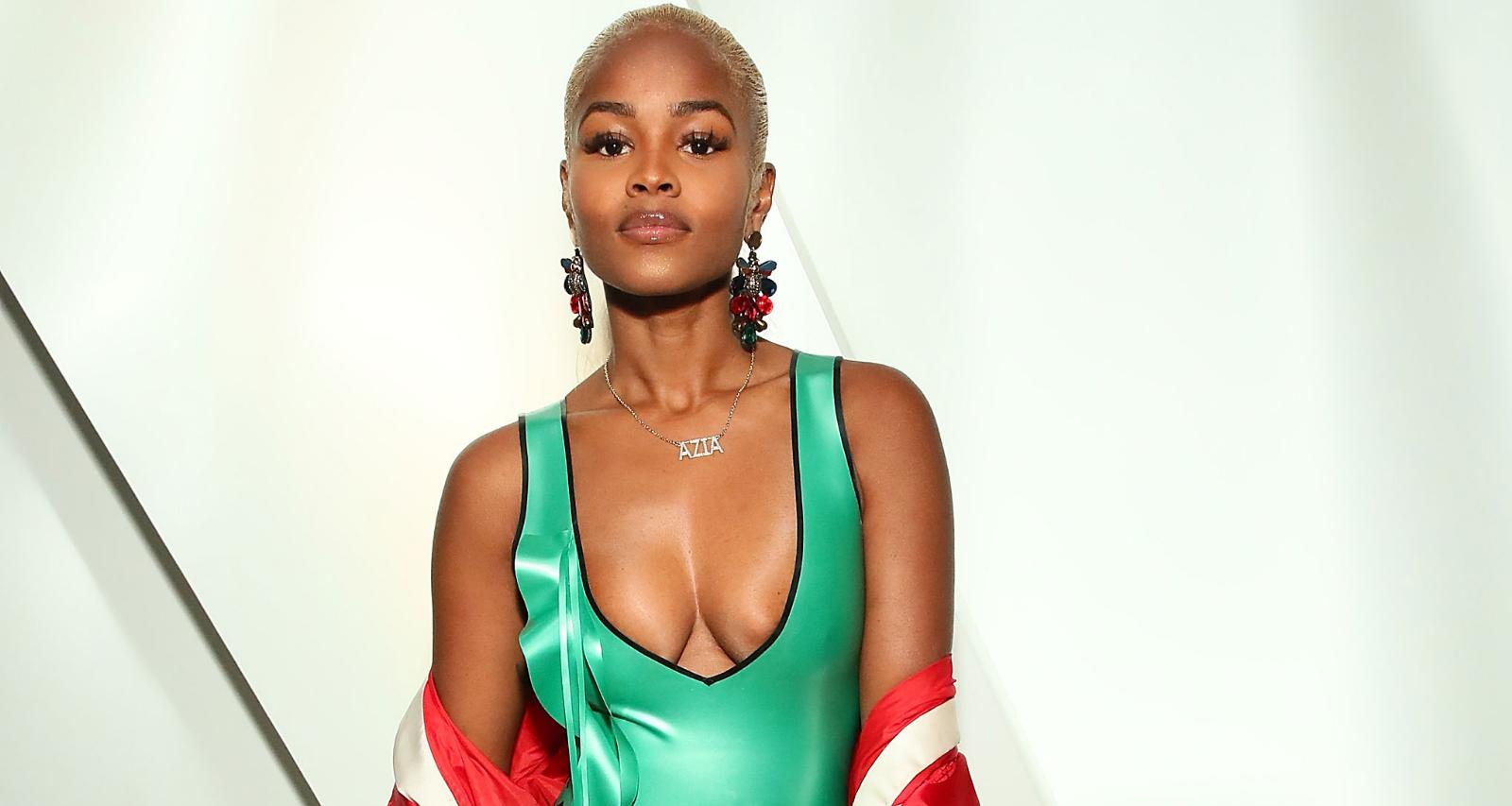 Azia Toussaint will appear as a main cast member in the new BET reality TV series called Hustle in Brooklyn, which is all set to premiere on October 16, 2018. Azia is educated, smart, sassy, and ambitious. She has already made waves as a model, singer, and host, and now she’s ready to rock viewers as an actress, too! Azia’s debut EP, The Audacity, is available on streaming platforms and contains her hit single, “Pull Up on Ya.” She has appeared in several music videos for other artists like Desiigner and Trey Songz. Read on to find out more about this talented young woman!

People are eagerly awaiting the premiere of the new reality TV series, Hustle in Brooklyn. It’s all set to air at 10:00 p.m. EST on Tuesday, October 16, 2018 on BET.

Hustle in Brooklyn showcases the social and professional lives of some of Brooklyn’s most sought after and influential personalities, including rising hip-hop artists, world-famous DJs, and one of Roc Nation’s protégés.

One such personality on Hustle in Brooklyn is Azia, an up-and-coming singer, rapper, model, and host, who wants to take the world by storm. Her dream is to win a handful of Grammy Awards, and she is determined to make sure that nothing gets in the way of her treasured goal coming true!

Who Is Rapper Azia?

Born Azia Toussaint on April 21, 1991 in Queens, New York City, Azia’s age is 27 years old. She was raised in Brooklyn, New York City by her Haitian mother and Trinidadian father.

Azia is her parents’ oldest child. Her interest in music began at an early age as she used to watch her father, Brent “Faraoh” Toussaint, work at home in his recording studio.

I want to wish my first born and the heiress to the Toussaint dynasty Azia Toussaint a very happy birthday. We've had…

She would spend hours listening to her father work and developed an interest in rap, R&B, soca, and kompa.

Soca is a music genre that originated in Trinidad and Tobago in the ‘70s. Meanwhile, kompa (or compas) is a merengue type of dance music that was developed in 1955 by Nemours Jean Baptiste, which became popular in Haiti with his band, Conjunto International.

By the time Azia was a teenager, she was adept at hosting parties as well as a cable access show called Flex in Brooklyn.

She Started a Band in College

Azia studied at Wingate High School before enrolling at Virginia State University, where she started thinking seriously about working on her career in music.

During her senior year at Virginia State, Azia and her college friend formed a rap group called Thirsty 4 Pop. The band went on to release a mixtape and a couple of singles as well. They even launched a clothing line.

Unfortunately, Thirsty 4 Pop broke up in 2017, and Azia started working on her solo career. She began working as a model and occasionally appeared in music videos.

Azia was featured in the music videos, “Panda” (Desiigner), “Change Your Mind” (Trey Songz), and “Time of Her Life” (Tabi Bonney).

On February 14, 2018, Azia released her debut EP, The Audacity. It is now available on all streaming platforms like iTunes, Tidal, and Spotify.

Although Azia’s songs have roots in Caribbean music, she’s come up with a unique sound all of her own by adding trap and hip-hop to her music. Her first single, “Pull Up on Ya,” gained a lot of popularity and achieved street credibility as well.

She is currently working on her next EP, which is scheduled to release in the fall of 2018.

Now, Azia is poised to achieve stardom thanks to her appearance on BET’s new show, Hustle in Brooklyn, where she’s one of the main cast members. She has great expectations for the new series, just as the makers have for her.

So far, Azia is doing well for herself! She has performed at The National in Richmond, Virginia, Sob’s in New York City, and The African American Music Festival in Baltimore, Maryland. She even opened for rappers like A Boogie and Juicy J, among others.

Azia is a talented, ambitious, and intelligent young woman who will work hard to realize her ambitions and make her dreams come true. And appearing in Hustle in Brooklyn is just the beginning for her.

Although the road to stardom is a long one, Azia is all set and geared up for the future!

Also Read: Interesting Facts about Alexis Zall Who Is Playing Jackie on “The Goldbergs”