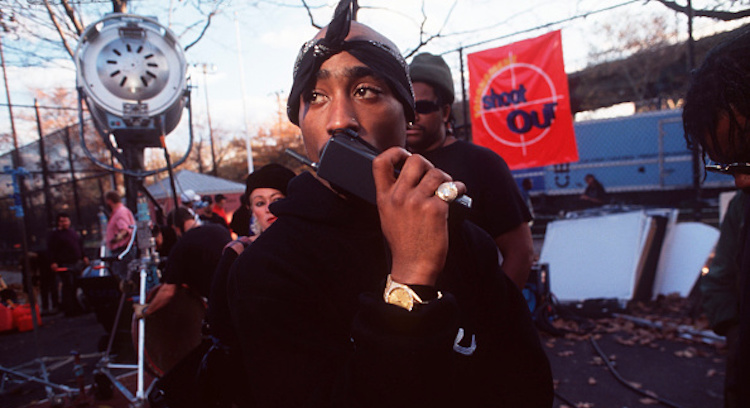 In 1993, Ayanna Jackson accused Tupac Shakur of sexual assault. In 2018, over two decades after the rapper’s death, she finally spoke about the incident on camera. After all this time, Tupac’s legal drama continues to interest rap fans. Find out more about Tupac’s alleged victim and what she claims happened, right here in our Ayanna Jackson wiki.

She Met Tupac When She Was 19

Tupac’s legal history continues to hold relevance, even years after his untimely death. Details about the alleged sexual assault were disputed heavily disputed at the time. Jackson’s recent interview is the first time she went on record about what happened.

She was reportedly a fan of the rapper and knew who he was. In the interview, she detailed the night she met him in 1993, when she was 19, at Nell’s nightclub in Manhattan.

“I was having some champagne, and he walked up behind me. I had some jeans on that night and he placed his hands into the back pockets of my jeans.”

They proceeded to dance and kiss, with reports (and the Tupac biopic, All Eyez on Me), claiming Jackson performed oral sex on the rapper. However, she claims that “he pushed her head down toward his crotch,” and she “maybe kissed it.”

After meeting in the nightclub, Jackson went with the rapper to his hotel room where they allegedly talked, kissed, and had sex “multiple times.”

They met often after that night, but not always to have sex.

Details of the Assault

In the interview, Jackson gave gruesome details of the assault. She said that the rapper’s manager, Chris Fuller, who often facilitated her meetings with the star, invited her to Tupac’s hotel suite where he was hanging out with his crew.

According to Jackson, she went to his bedroom where she gave him a massage and they kissed. At that point, people entered the bedroom and when she turned to look, Shakur forcefully made her look at him only.

She said that she tried getting out of Tupac’s hold and kept telling him “no,” but it did nothing to help. She went on to describe how she felt during the alleged rape by the rapper and his friends.

Fuller was reportedly in the room, watching the entire incident unfold.

Tupac denied the sexual assault charges in 1993 until his death in 1996. He claimed that he was with three of his male associates at the time. By his account, he and Jackson reportedly had sex before two other men came in and started touching her.

He said that he left her alone with them and did not know what happened after they stepped into the room. After the incident, Jackson left the room in tears and called hotel security.

Tupac and his other associates were arrested and charged with sexual abuse. He was convicted of first-degree sexual abuse, and sentenced to prison in 1995 for one and a half to four years.

His bail was set at $1.4 million. He served nine months in prison and was released after Suge Knight, CEO of Death Row Records, posted the bail in exchange for the rapper releasing three albums under his label.

After Tupac was murdered, Jackson stayed out of the media spotlight. She was last heard from after giving an interview to hip-hop magazine, The Source, commenting on the incident with the rapper and the aftermath.

“I decided to go through with the charges because when I left out the room, I went to the elevator and there were some undercover security on the elevator that automatically asked if I were okay,” said Jackson. “They knew who was staying in the hotel, and at that point, I broke down.”

She added, “Maybe if it were somewhere more private, I wouldn’t have told. I would have just got over it but because it happened that way, it came out in public. The night it happened I went straight to the ER. I had to go to a precinct where they wouldn’t let me go home. They felt like if I went home, or showered and changed I wouldn’t want to deal with it. They kept me so omnipresent in that situation.”

Since that interview, Jackson opened up about her encounter with Tupac in an even more recent interview. This is the first time she spoke about it on camera. Many believe with all the women coming forward with their stories in light of the #MeToo and #TimesUp movements, it may have given Ayanna Jackson the courage to finally divulge details of that night. The two-part interview ended with a “to be continued….”