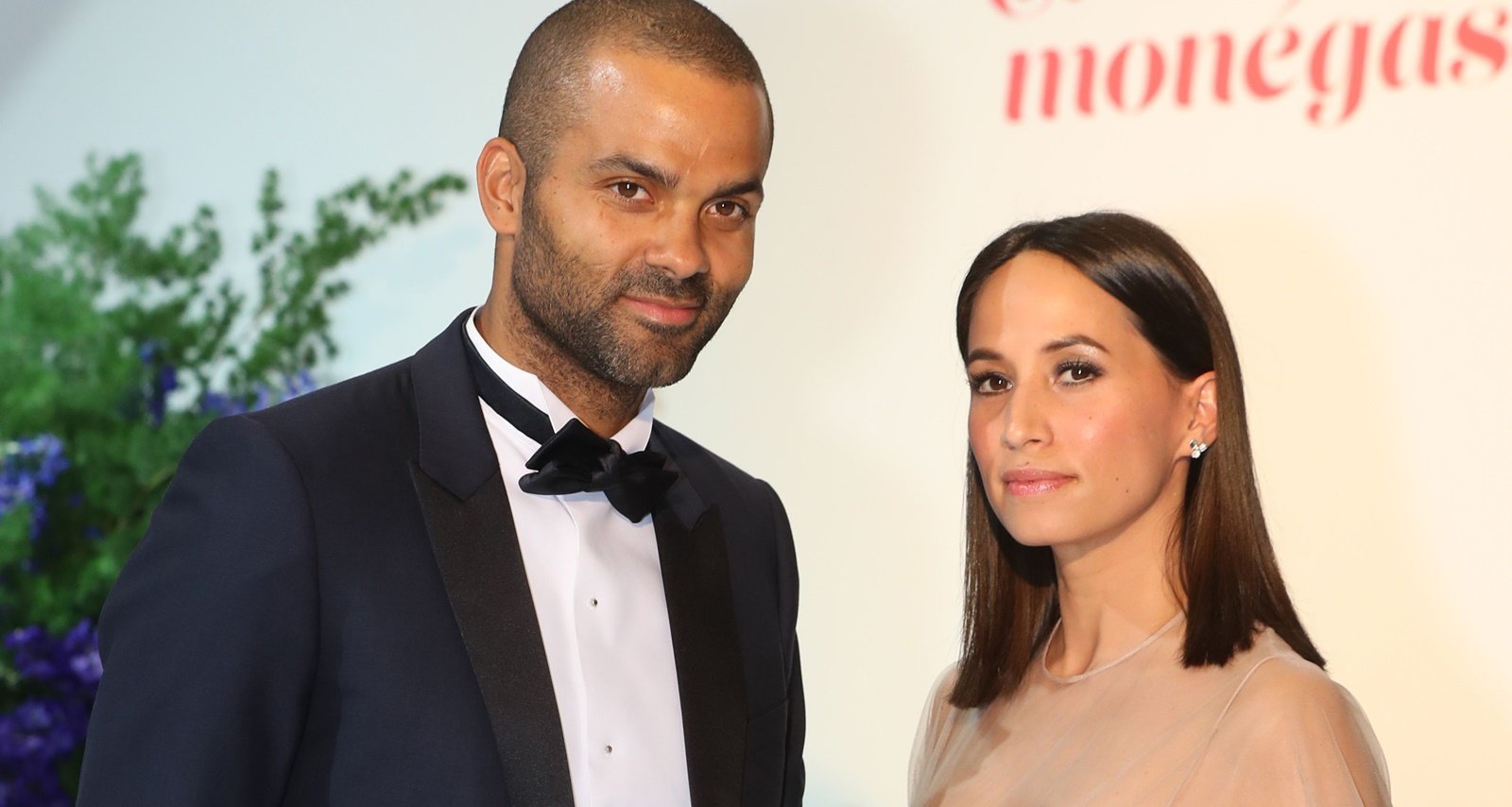 Tony Parker and his wife French journalist Axelle Francine pose as they arrive to attend the 71th annual Red Cross Gala, on July 26, 2019, in Monaco. - Created in 1948, the gala is an annual charity event held in Monaco by its Princely Family during the summer. (Photo by VALERY HACHE/AFP via Getty Images)

Though the San Antonio Spurs lost to the Memphis Grizzlies in Monday night’s game, they ended on a high note, celebrating one of the finest players of the franchise, Tony Parker. The player spent 17 seasons of his NBA career with the Spurs and retired in June 2019. On November 11, the Spurs retired Parker’s No. 9 jersey to the rafters as he looked on with his wife and kids. Tony Parker was once married to Eva Longoria. But they have both moved on and he’s now married to Axelle Francine. She’s more than just a famous WAG, as you’ll see in Axelle Francine’s wiki.

Axelle Francine Is from France

Axelle Francine was born on August 6, 1981 in Paris, France. She was raised in the City of Lights, where her family still lives.

Work brought her to the U.S. in 2010 and she’s now a resident of San Antonio, Texas. She’s not very active on social media, but has occasionally expressed how much she misses her family back home.

Parisian born Axelle Francine Parker knows that quick fixes can seem like the simplest approach when it comes to aging, but through her @lepetitmedspa she wants to show locals there’s another way. “Enjoy your features. They are what make you unique,” she says. “We just want to help you age with grace.” Read our full interview with Parker, wife of former Spur Tony Parker, at the link in our profile. Photo by Brenda Pina . . . . #tastemaker #spa #beauty #wellness #medspa #sanantonio #satx #dominion #profile #portrait #entrepreneur #Spurs #axellefrancine

The transition took a little adjustment, but she’s now at home in San Antonio. “When you start living in Texas, especially here, you easily get used to people’s kindness and the beautiful weather,” she said.

Belgian-born Tony Parker was raised in France by his African-American father and Dutch mother. When he was 15, he became a naturalized French citizen while retaining his American nationality. He played basketball in French amateur leagues, as well as for multiple French national teams.

Francine Was a Journalist

In Paris, Francine acquired her master’s degree in journalism with scientific specialization. She dabbled in advertising and wrote content for websites for a while.

She later veered into her career as a journalist in the health domain, before moving on to fashion and beauty. During her tenure, she wrote for French and English publications.

In 2010, she landed a job as a French correspondent and web journalist in the U.S., which brought her to New York City.

Parker married Desperate Housewives star Eva Longoria in July 2007, after first meeting her in 2004. Amid rumors that Parker had cheated on his wife, the NBA pro and the actress filed for divorce in 2010.

Their divorce was finalized in January 2011. That same year, he met French journalist Francine in New York after a friend introduced them.

They didn’t begin dating right away, nor was it love at first sight. She had only just come out of a 10-year-long relationship back then, too.

Axelle, who enjoyed soccer and tennis, didn’t have a very high opinion of athletes. But Parker changed that and their relationship grew from there.

Once the media caught wind of their romance, they went public with their relationship at the 2011 BNP Paribas Masters Tournament in Paris-Bercy. Then, in 2013, Parker casually dropped an engagement bomb during a Twitter live chat.

Francine and Parker Have Two Kids

Ahead of the rumored wedding, the Spurs confirmed that Parker and Francine had welcomed their first child together, Josh Parker, on April 30, 2014. Hours after he became a new dad, Parker led the Spurs to victory in Game 5 of the Playoffs that year.

The new parents tied the knot on August 2, 2014 in a low-key ceremony. Their friends and family flew in from France to attend the wedding.

And baby made four for the Parkers when their second son, Liam Parker, was born in July 2016.

Since she was a teen, Francine was drawn to fashion and styling. Working the fashion and beauty beat during her journalistic career furthered her passion.

After working in Manhattan, she came to San Antonio, Texas in 2011, where she worked as a personal stylist. Francine expanded her styling repertoire to launch a company called Image Consulting in 2015.

With the success of her business, she realized there was a demand for complete makeovers using French or European techniques. That’s how she founded Le Petit Med Spa, opening her first location in January 2019.

Spurs team physician Paul Saenz serves as the medical director of the spa. Francine is the CEO and image consultant in a team of experts on non-invasive beauty and wellness techniques. She provides wardrobe consultation among other things.

Last month, she hosted a Closet Purge Party, where she put her high-end designer items up for sale. A portion of the sales was donated to the Battered Women and Children’s Shelter in San Antonio.