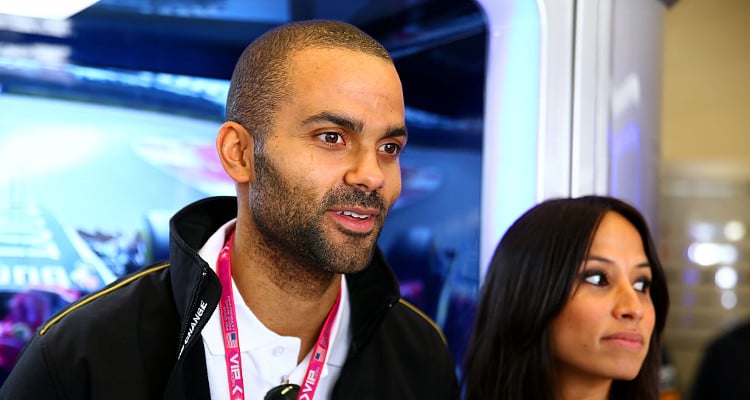 After his nasty breakup and divorce with actress Eva Longoria, basketball player Tony Parker has found love in the arms of another woman. Who is Tony Parker’s wife? Find out more about Axelle Francine, right here.

It looks like Tony Parker had a bad day after suffering a left knee injury when San Antonio Spurs played against the Houston Rockets. With Tony being sidelined, the Spurs will have to step up their game. Tony Parker is a French professional basketball player. Throughout his basketball career, he won a total of four championships, all of them while with the Spurs.

Tony Parker was married to actress Eva Longoria, who filed for divorce from the basketball player after three years of marriage. At the time, Tony revealed he was heartbroken, saying, “It’s not easy to leave a relationship, because when I get involved in something, I want to do well.” He further added, “The exposure, I could not control. This is the world we live in today; everything is on the Internet and on social network sites. I never paid attention to what people said. Hollywood is another world, on another level.”

Though irreconcilable differences were cited in the divorce papers, it was later revealed that Eva found several text messages to another woman on Tony’s phone. Apparently, Tony was cheating on Eva with his former teammate’s wife, Erin Barry. Eva stated in an interview, “So many people want me to hate him and destroy him, but I don’t want to. I want him to be happy. He’s not a bad person. I do believe in forgiving and forgetting. There was a reason we were together. I just want to hold on to the good times.”

Axelle Francine is a French journalist and reporter. She has a master’s degree in information and communications. Not much is known about her life before meeting Tony.

In 2011, Tony and Axelle started dating. Two years later, it was reported that the couple was engaged. They got married on August 2, 2014 in San Antonio. In April of that year, the couple had their first child, Josh Parker. In July 2016, their second son, Liam Parker was born. Tony Parker announced the birth of his second child on Twitter in both English and French writing, “My son Liam and his mommy are doing well, so glad to be a daddy for the second time.”