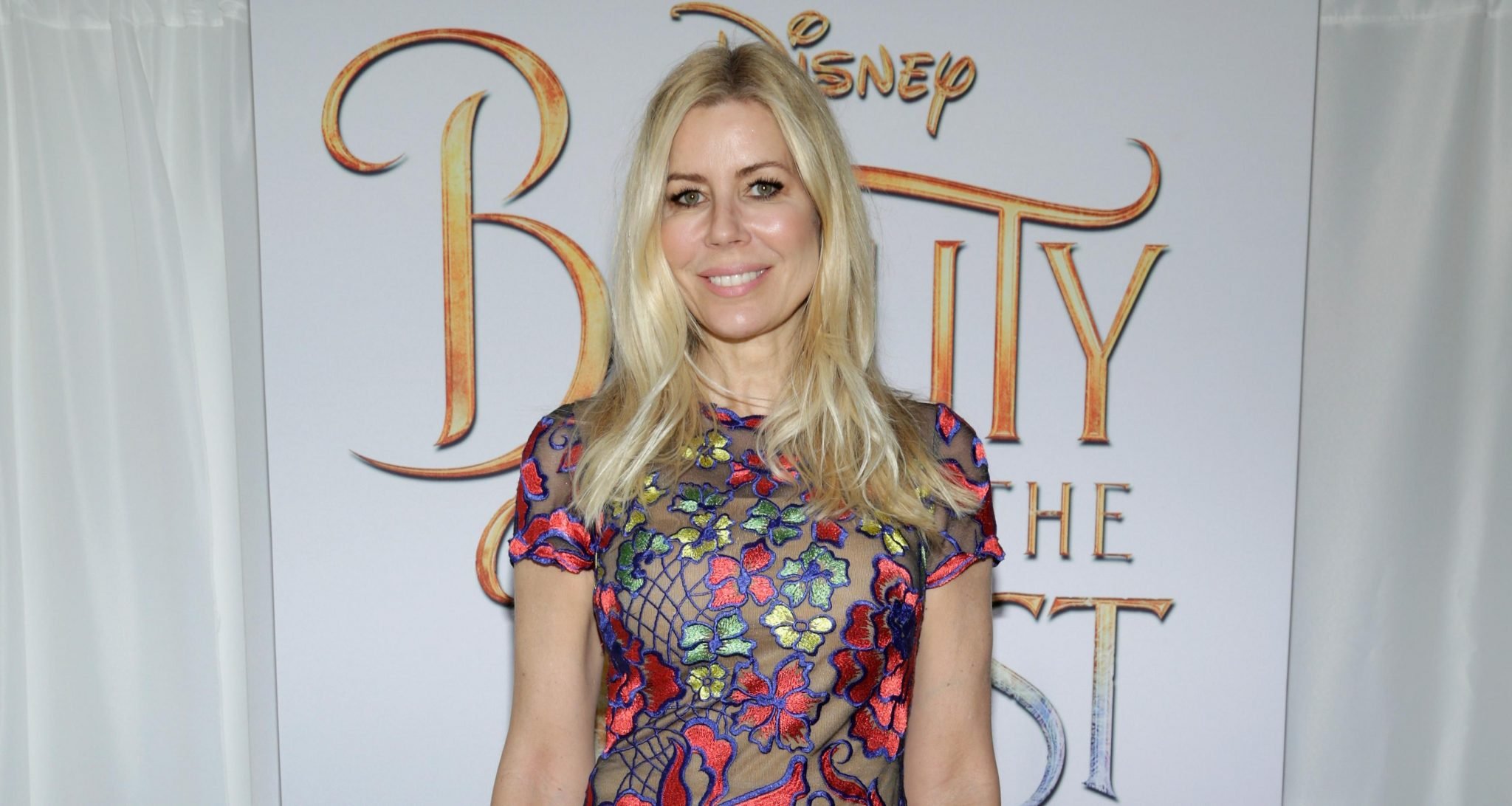 Aviva Drescher was one of the most controversial and dramatic reality stars on The Real Housewives of New York, and people still say she owns the most dramatic moment in RHONY history. But since then, she has ventured into other things and it’s all thanks to her success and fame as a reality star. Our Aviva Drescher wiki goes into all the details behind her success, her new ventures, and her reputation.

American TV personality Aviva Drescher is a Jill of many trades. She is a former reality star and has authored a book, something RHONY fans will remember from the epic showdown between Aviva and Carole. Although Drescher’s career on Real Housewives of New York City was short-lived, she still managed to stir up controversies and remains the face of “crazy” when it comes to past Housewives. Recently, Drescher alleged that Bravo producers would force Real Housewives stars to drink alcohol. Could that have been the cause to all her outbursts?

Andy Cohen flat-out denied all the allegations on his Instagram Story and said that the article is foolish. This piece of news has left people wondering about the former reality star and her time on the show as the “craziest” Housewife of all time.

Before She Earned Fame

She attended the Ethical Culture Fieldston School and graduated from Vassar College with a Bachelor of Arts degree. Drescher attended New York University to earn her Master’s in French Literature and got her Juris Doctor from the Benjamin N. Cardozo School of Law.

Aviva Drescher was born to George and Ingrid Teichner. Her mother led a difficult life in Germany post World War II. She eventually moved to America and became a model and Pan Am stewardess.

Ingrid Teichner passed away due to alcoholism, which is mentioned in Aviva Drescher’s book, Leggy Blonde: A Memoir. Her alcohol addiction caused brain shrinkage, dementia, and mini-strokes. Drescher decided to share her story to help others fight their addictions.

After her mother’s death, Drescher’s father got married to his girlfriend, Dana Lavette Cody, in 2014. He was 76 at the time, and Cody is 51 years his junior.

The pair got married in an intimate ceremony in Malibu. However, Drescher didn’t attend their wedding.

Harry Dubin was Drescher’s first husband, and they have a son named Harrison. Dubin is a New York City-based real estate investor. The couple got divorced in 2005.

Many feel their marriage failed because Dubin was a womanizer. However, the real reason behind their divorce is not known.

In the past, Dubin was in a relationship with Sonja Morgan and Luann de Lesseps. 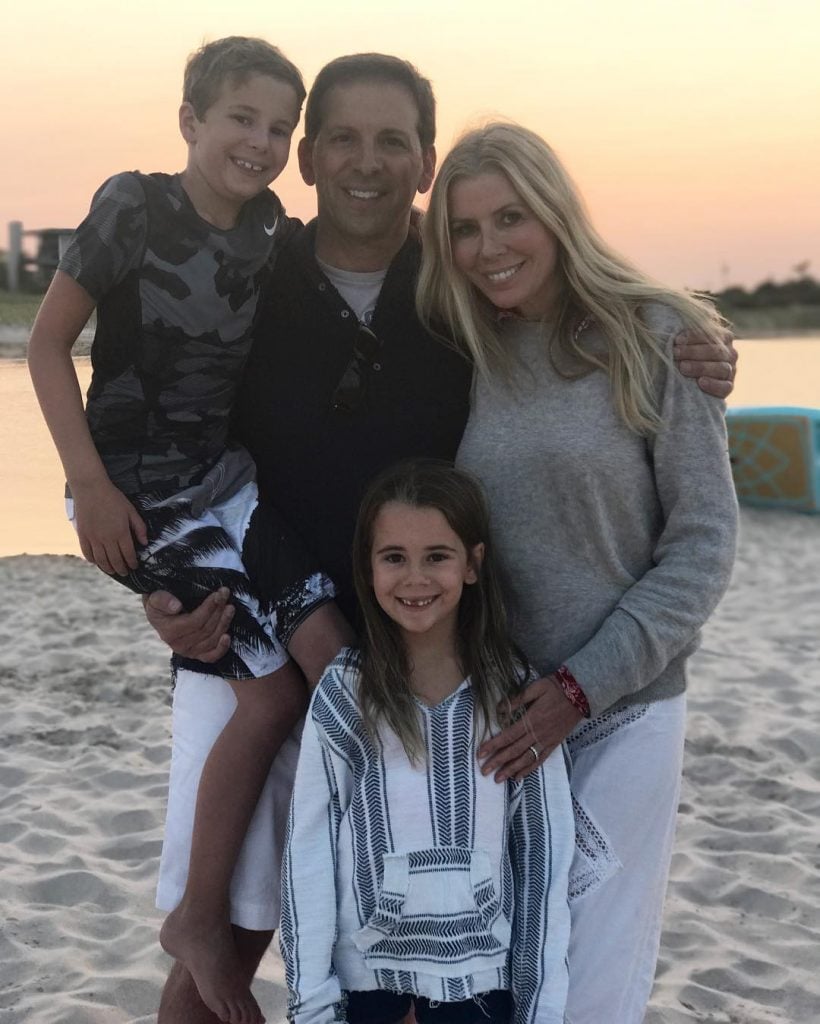 Aviva Drescher met Reid Drescher in the aisle of a grocery store in 2004 and they were married by 2006. They have two children together named Hudson and Sienna Drescher.

Aviva Drescher’s husband has been married before. He has a daughter named Veronica Drescher from his former marriage.

Reid Drescher is an investment banker. He is the founder of Cape One Financial and Spencer Clarke LLC and serves as the president and CEO of both firms. He also made several appearances on The Real Housewives of New York.

Drescher said she decided to get a boob job to get over her divorce from her first husband, which she now regrets. She increased her breast size from 29B to 29D.

She explained that got them done because she felt that no one would be attracted to her if she didn’t enhance her body. In her book, Drescher mentions that she wants to get the implants removed in the future.

Yes, Aviva has a prosthetic leg, in case you missed it when she threw it down in one of the most epic Housewives episodes ever! When Drescher was six years old, she was involved in a farm accident at a friend’s upstate New York dairy farm. Her left foot was left severely injured after it got caught in a conveyor belt.

A guru claimed that he could grow Drescher’s foot back. So, her father traveled to India to meet him.

However, doctors had to amputate her Drescher’s llower leg due to the severity of the injury a few months after the horrific incident. She has been wearing a prosthetic leg since then.

In the 2014 season finale of The Real Housewives of New York, Drescher got into it with the girls over whether or not they believed she really has asthma. The argument got very heated, with Aviva providing medical records and x-rays to prove her story. In a fit of rage, she removed her prosthetic leg and threw it across the room exlaiming that her fake leg was the only things fake about her. It was arguably the single most dramatic moment in Housewives history!

Drescher’s prosthetic leg has veins, capillaries, and moles so that it looks extremely real. Many are unaware she even wears a prosthetic at all!

Aviva Drescher on The Real Housewives of New York

Drescher was a part of The Real Housewives of New York City for season 5 and 6. In fact, she is the first and only New York City-born and bred Housewife in the history of the series! And though she wasn’t on the show long, she certainly made an impact. In fact, fans still discuss her time on the show and some of Aviva Drescher’s moments are still credited with being the best in Reality TV drama today.

The famous “leg throw” was even spoofed on RuPaul’s Drag Race, with one of the contestants “pulling an Aviva” and tossing their leg across the room! (We are also not sure we’ve ever seen RuPaul laugh that hard.)

Aviva and Reid Drescher were also in season 4 of Marriage Boot Camp: Reality Stars. They went on the show because social media affected their relationship and they wanted to grow as a couple. Additionally, negativity had put a lot of stress on their relationship.

During the show, the couple discovered how strong their relationship truly is. Drescher even revealed that she desperately wanted a fifth baby, but her husband was not up for it.

She Penned a Memoir 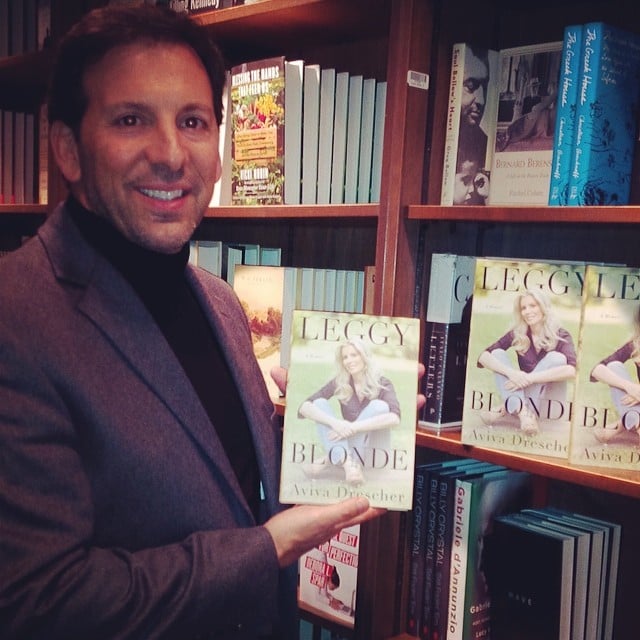 Drescher penned down her horrific accident along with some details about her family in her 2014 memoir, Leggy Blonde: A Memoir. During the process of writing her book, she enlisted the help of fellow Housewife Carole for some advice. However, two ended up severely butting heads on the opinions regarding the process of writing a book, and why not just anyone can do so. Aviva told Carole it was just “kind of like writing a long email,” to which Carole took great offense.”No, it’s not ‘just like writing a long email,'” explained Carole. “What she is saying undermines those of us who spend year after year honing the craft of storytelling,” she added. Eventually, the two had it out at a party and it got ugly to say the least.

Even though there was drama about it, Aviva released her book in 2014. The book reveals the struggles and drama she has endured in life, and how she finally found the courage and determination to show the world who she really is.

Being a former reality star, Drescher has made quite a lot of money with her fame. She reportedly earned $200,000 per season while she was a part of The Real Housewives of New York.

One of the reasons Drescher decided to do the show in the first place was so that she could raise awareness about prosthetic limbs.

Drescher explained that prosthetics are extremely expensive, and insurance doesn’t cover enough costs. So, Drescher is spreading the word and is trying to raise money and is asking insurers to pay more to cover the costs.

Additionally, Drescher is also involved in other philanthropic activities, including the Cancer Schmancer movement.. She is also a national spokesperson for One Step Ahead, which is an organization for amputees.