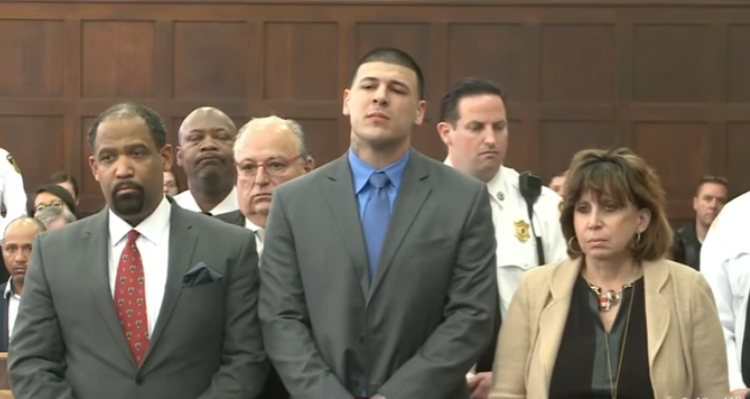 With all the frenzy surrounding Netflix’s Killer Inside: The Mind of Aaron Hernandez, many have been looking into the former Patriots’ professional and personal life. The focus on his Aaron Hernandez’s daughter, Avielle Janelle Hernandez has especially risen in light of the docu-series. Since Hernandez’s death in 2017, Avielle and her mother, Shayanna Jenkins-Hernandez are rebuilding their life. And Avielle is adapting to her new role as a big sister besides doing other things regular kids do.


Avielle Janelle Hernandez was born on November 6, 2012 to Aaron Hernandez and his girlfriend, Shayanna Jenkins. She and her father share the same birthday.

Her parents met in high school and grew up together in Bristol, Connecticut. They got engaged in 2012 (Aviellle was born a month later), but were unable to get married in time, due to her father’s prison sentence.

Aaron Hernandez killed himself in his prison cell on April 19, 2017. Avielle was only four years old then. Shayanna added Hernandez to her name, even though she never married Aaron, to share the same last name as her daughter.

Avielle Has a Little Sister Now

After Aaron died, Shayanna left Massachusetts with Avielle and settled in Providence, Rhode Island. There, Shayanna met Dino Guilmette and they began dating.

Shayanna revealed in May 2018 that she is pregnant for a second time. She and Dino welcomed their daughter, Giselle Guilmette in June 2018.

From Shayanna’s Instagram, we see Avielle has taken to the role of a big sister easily. Not only do Avielle and Giselle make the most adorable pair, they also have another older sister, Mia Guilmette, Dino’s adult daughter from a previous relationship.

Her mom’s Instagram also shows that Avielle is enjoying school and is a little dance prodigy.