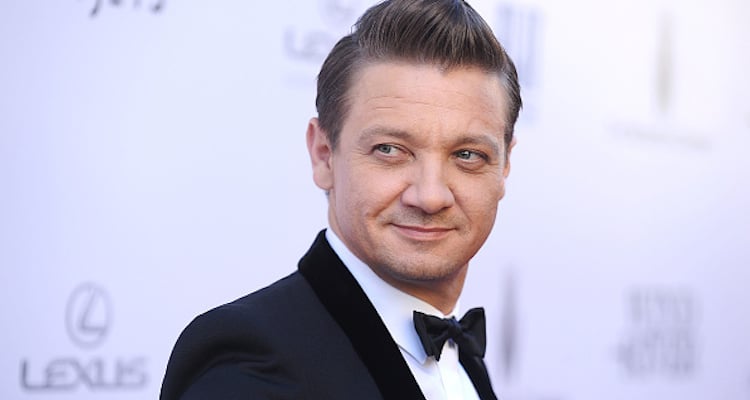 Avengers assemble! Well, two of them, anyway. Jeremy “Hawkeye” Renner posted a pic of him and Chris “Captain America” Evans at a comic convention, making a young fan’s day

“MAMA! Antics with @ChrisEvans and some fans,” Renner wrote on Instagram, along with the hashtags “shyboys,” “neworleans” and “wizardworld,” indicating that this happened at the Wizard World Comic Con, which took place from January 8 to 10 in—you guessed it—New Orleans, Louisiana. These conventions are always a big deal for attendees, as it’s a chance to meet a ton of their favorite stars, such as Jeremy Renner and Chris Evans, and show their appreciation.

But the picture is what takes the cake. It features the pair alongside a mother and her child, with the kid holding on tightly to the mom’s leg. But as cute as that it, it’s nothing compared to Renner “hugging” the mom with his face, burying it deep in her shoulder. We can’t tell if the look on the woman’s face is one of happiness or if she’s a little freaked out that this famous grown man is copying her son!

Over 58,000 people had their day saved by Earth’s Mightiest Heroes, many marvelling (get it?) at the cuteness of the photo. “Awesome! I bet this fan and all the others will never forget this. You guys are great!” wrote one fan, who more than likely hit the nail on the head.

The full Avengers team may not have been present at the convention, but news came out of the event that Jeremy Renner and Chris Evans may be sharing the screen with a lot of people in the future. That’s because the next installment in the movie franchise, Avengers: Infinity War, may feature up to 67 Marvel Comics characters! Even counting all the characters already introduced via the films, TV shows, and Netflix programs, that means there are still a lot of characters to be introduced—and potentially played by other major stars. Stay tuned!