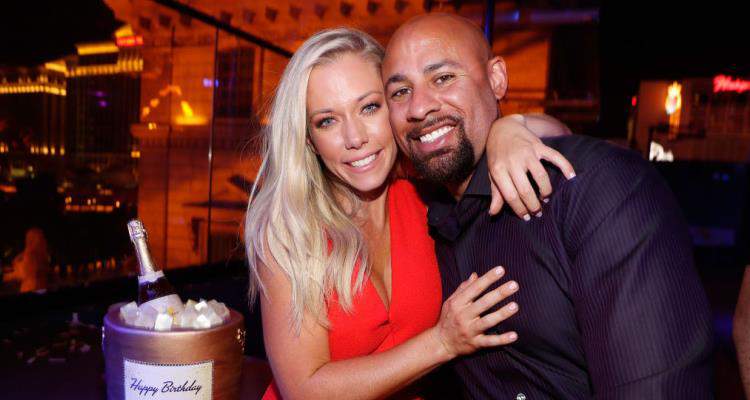 It’s been four years since the Hank Baskett scandal, and while the story threatened the former NFL star’s marriage, many want to know if his marital issues with his reality star wife are leading to a divorce. But what about the other party’s side to the story? If you want to know what happened in 2014 according to the transgender model in question, then you need our Ava Sabrina London wiki.

Back in 2014, the scandal involving Hank Baskett and Ava Sabrina London was making headlines everywhere and the cheating rumors cut like a knife for his wife, former Playboy bunny Kendra Wilkinson. London, who is transgender, reportedly spoke about her encounter with Baskett to The National Enquirer in 2014. She claimed that Baskett first reached out to her in April to meet up, after seeing her YouTube videos.

“I met Hank Baskett probably around the 22nd or 23rd of April this year,” the model told The National Enquirer at the time. “He contacted me through a video I had posted on YouTube and we exchanged information.”
She went on to say that the former Minnesota Vikings player showed up unexpectedly one day under the alias “Steve” and said that she was the only transsexual he had ever been with, while commenting on how beautiful she was. The model went into detail about their time together, which never included sex, but alleged that her “client” was very satisfied when “they fondled each other’s penises.”

Recently, Wilkinson took to Instagram to address a tabloid rumor that claimed her marital problems were being played up on her reality show, Kendra on Top. The former Playboy model fired back in a social media post to clear things up.

“1. how do u fake marital problems? makes absolutely no sense,” Wilkinson wrote alongside a screenshot of the article in question. “2. Yes we are having issues. 3. My job has been reality tv for 13 years. 4. My show was a comedy and light hearted til sad times happened then we had to change my show from comedy to drama. Not what i wanted but was a part of my journey and story.[sic]”

She continued, “6. My job is reality TV and I love my job unfortunately these issues at home are affecting my decisions cuz the last thing i want to do is hurt Hank,” she continued, adding that she hopes to “get back to the fun Kendra you all know.”

Wilkinson and Baskett wed in 2009 and have two children together; son Hank IV, 8, and daughter Alijah, 3. She’s also stated that everyone around her knows how she’s feeling.

There haven’t been any reports of an upcoming divorce but Baskett has since apologized for his tryst with London.

“I messed up,” Baskett said in an interview with People regarding the scandal. “I put myself in a bad situation. And everything through me brought pain upon this family.”

“I don’t say the word ‘cheat,'” Wilkinson said at the time about her husband’s reported cheating. “I can say he was not loyal to me. I don’t care about the act. I care about how he reacted to it and how I was told by the media what happened. That scarred me.”