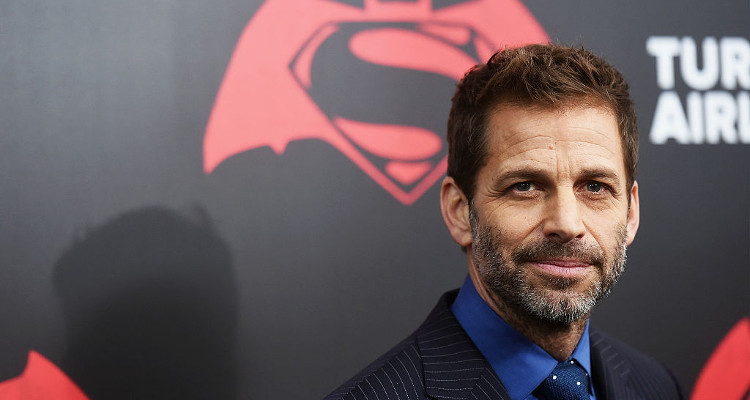 Zack Snyder has been the creative force behind the DC Extended Universe. He, along with screenwriter David S. Goyer, has given us Man of Steel and Batman v Superman: Dawn of Justice. Zack was finishing Justice League, which is set to be released this year, but left production after his daughter, Autumn Snyder’s suicide. Joss Whedon has taken over the post-editing and reshoots for the film. Here is what you need to know from Autumn Snyder’s wiki.

Autumn Snyder loved to write and help others, and wanted to make an impact. Autumn started the Write-a-Thon to End Homelessness for Mothers and Their Children in 2014, to offer shelter to children who were not as fortunate as she was.

On her Crowd Rise page Autumn wrote, “The Elizabeth House, also known as Family Hope, is a nonprofit that shelters homeless pregnant women and their children. California has 2,200,000 children living in poverty and almost 300,000 of those children experience homelessness each year. Every word I write during this two week write-a-thon will be dedicated to helping children secure a safe home to grow up in.”

“The Elizabeth House helps to take care of children and mothers who are in need by providing physical, emotional, and financial support in a nurturing environment. Every child deserves more than living on the streets, which is why I am doing a two-week fiction write-a-thon to raise money for this important cause.”

She Made an Appearance in Man of Steel

Zack Snyder’s daughter was an amazing writer, but managed to have a brief cameo in her dad’s movie, Man of Steel. However, you will not be able to see her if you re-watch the film. She was brought to set while they shot the fight scene between Superman (Henry Cavill) and General Zod (Michael Shannon). Zack placed Autumn on his shoulder and right as the drums get louder, you can hear her saying “uh-oh.” Listen to it below!

Zack Snyder’s first marriage to Denise Weber saw the couple birth four kids, including Autumn. Zack then started dating Kirsten Elin, with whom he had two kids. Zack married producer Deborah Snyder on September 25, 2004 and the couple adopted two children. He is extremely close to his children and has their names tattooed on his arms.

On March 20, 2017, Autumn Snyder killed herself. She was studying at Sarah Lawrence College and had been writing a sci-fi fantasy novel. Her family is hoping to have it published with the proceeds being donated to charity. “In the end, she didn’t make it, but her character does and I think there would be something cathartic for people,” said Zack Snyder. Not many details surrounding Autumn’s death have been revealed. However, her father has decided to step down from his Justice League duties to be with his family saying, “In my mind, I thought it was a cathartic thing to go back to work, to just bury myself and see if that was way through it. The demands of this job are pretty intense. It is all consuming. And in the last two months I’ve come to the realization …I’ve decided to take a step back from the movie to be with my family, be with my kids, who really need me. They are all having a hard time. I’m having a hard time… I want the movie to be amazing and I’m a fan, but that all pales pretty quickly in comparison. I know the fans are going to be worried about the movie, but there are seven other kids that need me. In the end, it’s just a movie. It’s a great movie. But it’s just a movie.”