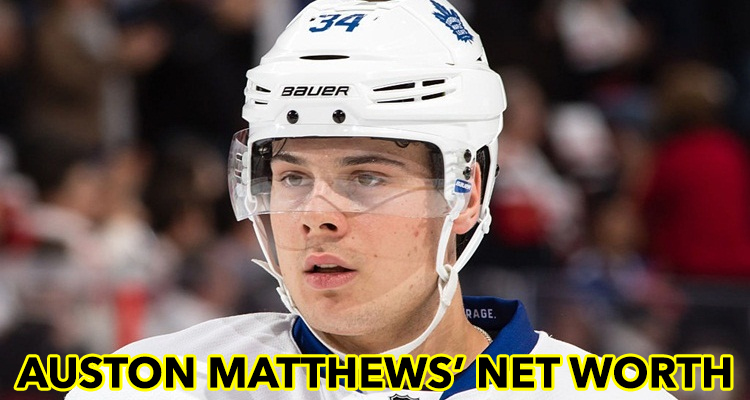 In the latest news, the Toronto Maple Leaf’s newest player, Auston Matthews made NHL history when he scored four goals in his debut game against the Ottawa Senators. The 19-year-old ice hockey center surprised everyone with his hockey skills on Wednesday (October 12) night’s game, including his own Maple Leaf’s coach, Mike Babock, who said he had “never seen anything like it.” Naturally, the hockey prodigy has generated interest among die-hard hockey fans who are wondering what Auston Matthews’ net worth is. Keep reading to find out everything you need to know about Auston Matthews’ salary and his NHL contract.

He Signed a Three-Year Contract with the Toronto Maple Leafs

It seems that Auston Matthews has taken the sport of ice hockey by storm. The talented center signed a three-year entry-level contract with the NHL (National Hockey League) team Toronto Maple Leafs on July 21, 2016.

Austin Matthews’ net worth of $1 million is set to skyrocket, after the Maple Leafs’ manager Lou Lamoriello announced that Matthews would earn $925,000 per hockey season.

According to Austin Matthews’ contract valued at $11 million, the whopping amount is inclusive of performance and signing bonuses. After signing the contract, a visibly excited Matthews told reporters that “it feels good,” and that it was “definitely a special feeling.” 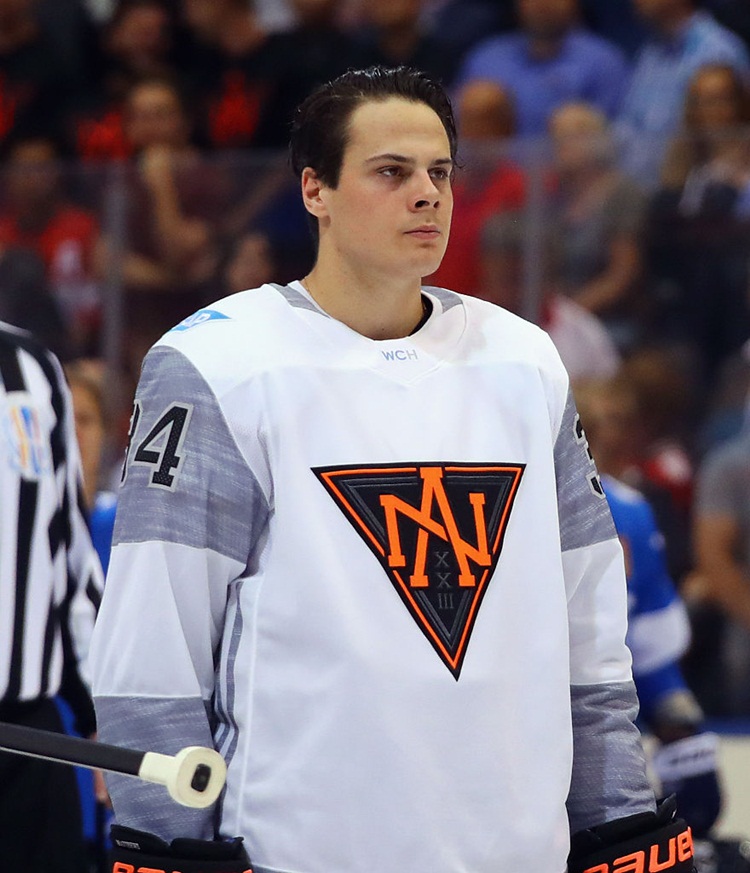 Matthews made waves in the world of ice hockey when he became the No. 1 pick in this year’s NHL Draft. If that wasn’t enough, he was the first American-born hockey player to be selected first since 2007, when the Chicago Blackhawks picked forward, Patrick Kane. Matthews became the Toronto Maple Leaf’s first top pick in over 30 years, after Wendel Clark back in 1985. The teenager was the ninth hockey player from the 2016 NHL first draft picks to enter into an entry-level contract. There is no doubt that he is destined for great things! 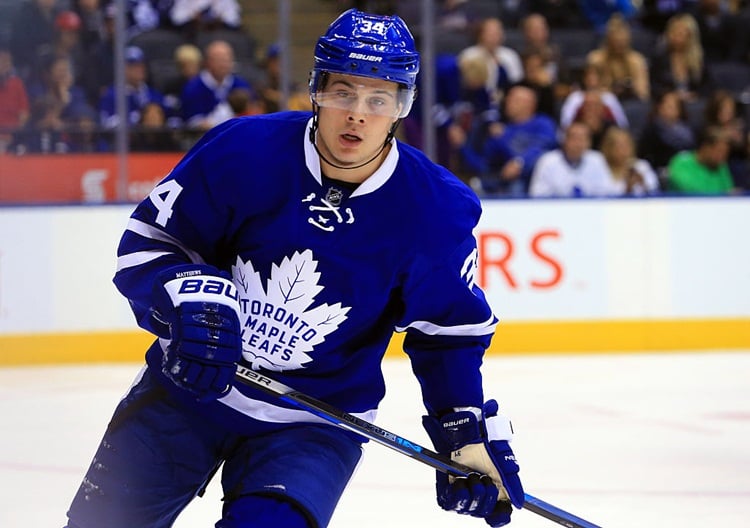 He Scored Four Goals in His NHL Debut Game

Matthews’ NHL debut game was definitely one for the books; he scored four goals, as stunned spectators screamed themselves hoarse cheering for their new hero. He certainly lived up to all the expectations and hype that has surrounded him, ever since he was signed on by the Toronto Maple Leafs. Although the Maple Leafs faced an overtime defeat to the Ottawa Senators, the rookie (who effortlessly netted four goals) was clearly the star of the show. As per the Elias Sporting Bureau, Matthews is the first player to score four goals in a debut NHL game. In the modern era, the talented youngster is only the fourth person to score a hat-trick in his debut game, besides being the first to record a debut hat trick in the first year of being drafted.

Here is a video of all four of Auston Matthews’ goals in his NHL debut game:

He Comes from a Family of Athletes

Matthews’ success story may not come as a surprise to some, because the 6 ft 3 in tall phenomenon comes from a long line of athletes. His father was a college-level baseball player and his uncle played professional football in the NFL. The Scottsdale, Arizona native was born in San Ramon, California on September 17, 1997. He comes from a close-knit family and has two loving sisters; Alexandria, who is three years older and Breyana, who is five years younger than him. While Matthews’ father Brian is a California native, his mother Ema is from Mexico, because of which he can speak some Spanish.

He Played Both Baseball and Hockey as a Child

After his family moved to Scottsdale when he was just an infant, Matthews’ began attending Arizona Coyotes games at the tender age of two. Back then, he was much too young to understand the sport, but was deeply fascinated by the ice-cleaning Zamboni machine. After his fifth birthday, Matthews enrolled in the Arizona Bobcats minor hockey program. While he was a dual-sport athlete excelling at both baseball and hockey, his heart leaned towards hockey and Matthews decided to pursue his passion for the sport. 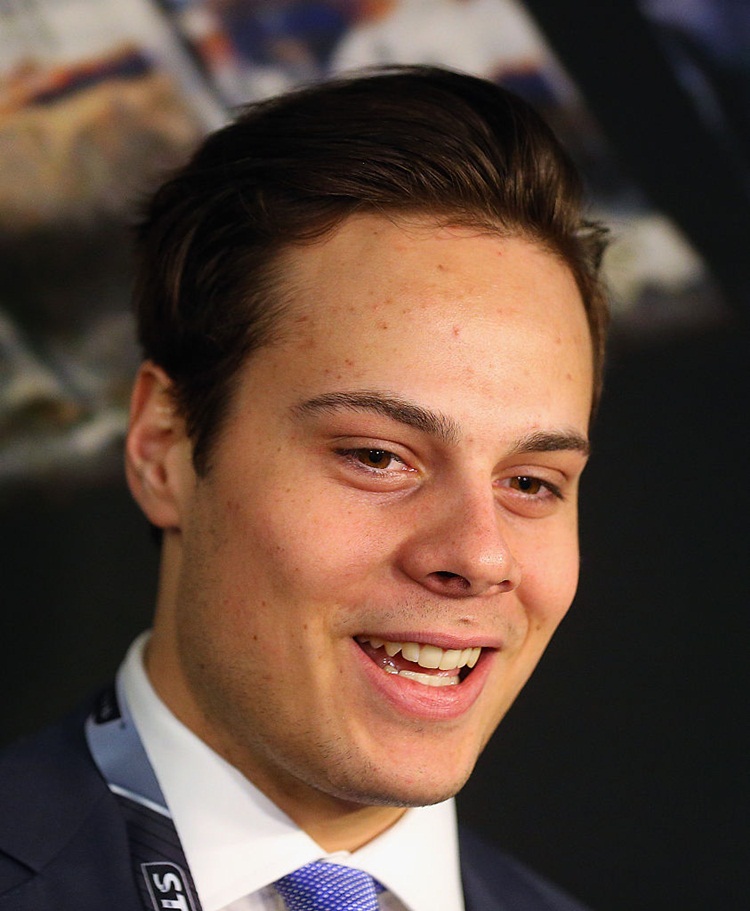 As a self-proclaimed “Mama’s boy,” he used to eat home-cooked meals for breakfast and dinner and lived with his sister, while he played for the ZSC (Zürcher Schlittschuh Club) Lions in Switzerland. Matthews is currently taking online courses with the University of Nebraska. He is a big fan of Kobe Bryant and his favorite movie is The Mighty Ducks. No shock there!