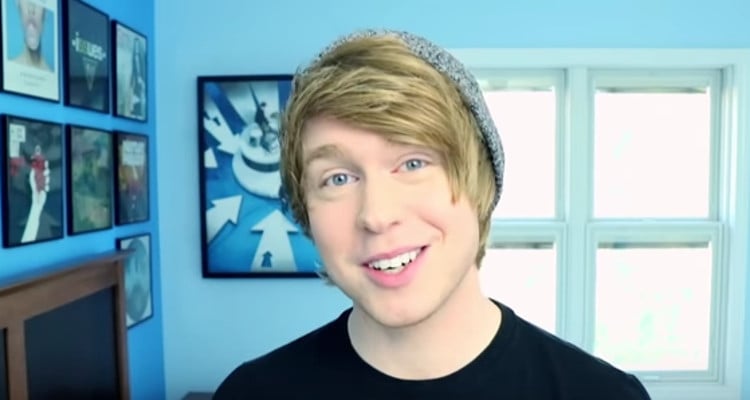 Austin Jones is a singer and songwriter, who rose to fame on the Internet with his acapella covers of pop music on YouTube. The singer is now embroiled in controversy after being arrested on child pornography charges.

As a YouTube star, Austin Jones had hundreds of thousands of teenage girls swooning over him. Now, the very same fans are close to boycotting him. The pop singer has been arrested on two counts of child pornography. Who is Austin Jones? He is a rising Internet phenomenon and pop star, who has landed himself in a lot of trouble. Find out more about Austin Jones’ arrest, his viral music videos, and his renditions of Justin Bieber’s songs, right here in our Austin Jones wiki.

Since 2007, the now 24-year-old Austin Jones has recorded cover videos of famous pop songs by Justin Bieber, Twenty One Pilots, and Fall Out Boy from his suburban home and uploaded them to his channel on YouTube. According to his Twitter, which boasts of more than 226k followers, he is an “Alternative-Pop Vocalist • alfredo boy • professional Rock Band drummer • emo-acapella • lawn mowing extraordinaire, with a dumb hairstyle.”

One of three brothers, Jones turned to music after a tragic incident occurred in his life, and began writing songs in 2010. He released his debut EP, We’ll Fall Together in July 2014. It debuted at #34 on the Billboard Heatseekers Chart, as well as #12 on the iTunes pop chart.

He dropped his debut album, Pitch Imperfect a year ago. He was recently on tour and his last stop was in Poland. His career only recently started so his net worth hasn’t yet been calculated.

According to court documents, Jones was stopped by authorities at the O’Hare International Airport in Chicago. He was believed to be returning from his recent concert tour. He has been charged with two counts of child pornography. The documents revealed he was in communication with two underage girls on social media.

The criminal complaint describes Jones requesting one girl to “prove” she was his “biggest fan” by sending him sexually explicit videos. Several girls have come forward to confirm these allegations.

The first girl, Victim A, was chatting with the singer on Facebook where she had mentioned her birth date. Knowing she was underage, he asked her to film explicit videos with specific instructions as an “audition.” The second victim, identified as Victim B, is 14 years old. He told her that she was lucky to have his attention and to prove she was his fan. She was apparently reluctant to film herself naked, but he allegedly pressured her into sending her explicit videos.

Austin Jones could face up to 15 years in prison if the current charges leveled against him are proven correct. However, it’s not his first scandal and apparently, he hasn’t learned his lesson. In 2015, he solicited twerking videos from fans who were minors. Some of the testimonies by the victims claim that he lied about his age to them.

As these allegations increased, Jones addressed them in a Facebook post. He admitted soliciting twerking videos but denied there was anything beyond that. “I’m embarrassed,” Jones shared in a lengthy statement via Facebook. “I’d have conversations online with girls that would involve me asking them to create a video of themselves twerking. Sometimes I’d make videos of myself doing some twerk moves in return. Here’s the truth: I NEVER asked them to do anything more than send a twerking video. Nothing EVER went beyond that.”

There was also petition by Change.org, for him to be removed from the 2015 Vans Warped Tour lineup over the accusations, and similar occurrences, which has already received nearly 10,000 signatures. The petition cites an example of Front Porch Step, who was removed from the Warped Tour following a petition when he was found sending sexually explicit texts to underage girls.

Jones added that he was seeking therapy for his inappropriate behavior with his fans. But it appears he has added to his list of offenses with Victims A and B. He communicated with one of them in May this year. His massive fan base has taken a hit. Jones was arrested on Monday and will appear in court today.