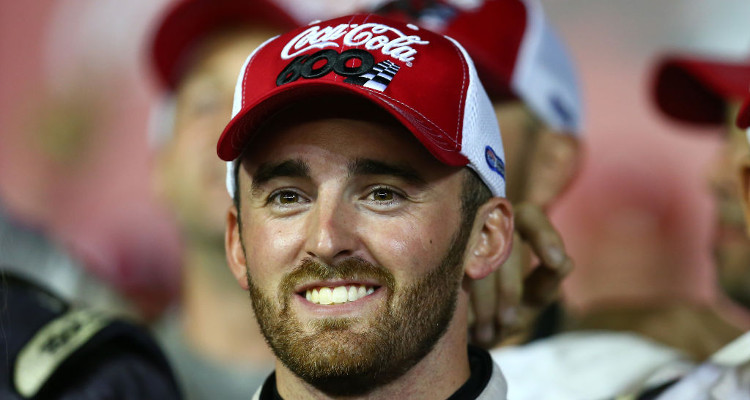 Austin Dillon won his first NASCAR Cup series of his career and put the famed No. 3 Chevrolet back to its glory in the victory lane after 17 years.

If there’s anything better than a career win, it’s a historic win —and Austin Dillon did just that! At the Coca-Cola 600, he won his first Monster Energy NASCAR Cup Series. It was also the first time in almost 17 years that the iconic Chevrolet won the cup. Naturally, all everyone is talking about is the man who made it happen. If you’re curious to know more about the racer, including Austin Dillon’s girlfriend, family, and net worth, we’ve got you covered. Find out all that and more right here in our Austin Dillon wiki.

Racing certainly runs in the Dillon family! Austin’s grandfather is Richard Childress, a former NASCAR driver, and an eponymous team owner. As an entrepreneur, Childress is one of the richest men in North Carolina. Austin’s father, Mike Dillon, is a former driver who raced for his father-in-law’s team. Austin’s younger brother, Ty Dillon, is also a professional stock car racer.

Austin began his racing career in the Bandolero Mini Cars series and Legend Cars Series, eventually taking up dirt-track racing. He was the 2008 Sunoco Rookie of the Year in the NASCAR Camping World East Series. The North Carolina native won the NASCAR Camping World Truck Series in 2011 and NASCAR Nationwide Series in 2013. Despite his success and racing legacy in such a short time, his net worth hasn’t been calculated. But we’re sure it will change now that he scored a historic win!

There’s no filial connection between Dillon and the NASCAR royalty, but the families go way back. Dale Earnhardt Sr. was not only Richard Childress’ rival at one point, Childress owned several of Earnhardt’s cars during the majority of his career.

Earnhardt died tragically in 2001 at the Daytona 500. He lost control of the No. 3 car and it crashed, killing the legendary racer. After his death, the No. 3 car was never used and NASCAR revamped its safety measures.

In 2009, a Richard Childress Racing-owned No. 3 truck debuted in the Camping World Truck Series, driven by the team owner’s 19-year-old grandson. In 2010, a No. 3 painted identically to Earnhardt’s was driven by the same racer in the Daytona Truck. Dillon continued to drive No. 3 cars stylized after the legendary racer’s at the 2013 Sprint Cup Season. Today, the No. 3 car is back in the victory lane for the first time since Earnhardt won at Talladega in 2000.

Austin Dillon is not married, but he’s getting there. The 27-year-old has been dating Whitney Ward for quite a long time. Ward is a former NFL cheerleader, who was associated with the Tennessee Titans.

So much fun with crazy Gmom and mama mia ? Love you to the moon and back

In August 2016, Dillon proposed to his girlfriend and the couple was enjoying the racer’s off week at the Bahamas when he popped the question. They shared the news of their engagement online by posting on their Instagram and Twitter accounts.

Also Read: Angela Magana Wiki: Everything to Know about Angela “Your Majesty” Magana