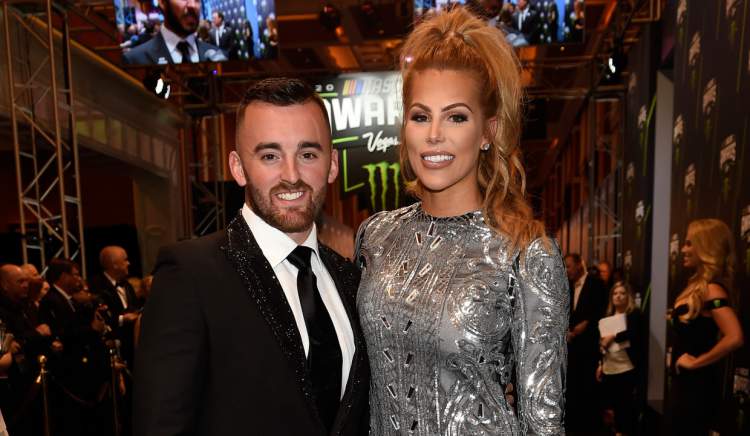 Stock car racing driver Austin Dillon is celebrating his recent win after driving car No. 3 into the winner’s circle. Of course, his gorgeous wife was by his side supporting him and cheering him on and many have since been curious to know more about her. If you want to know more about Austin Dillon’s wife, Whitney Ward, then keep reading.

Finally, stock car racing driver Austin Dillon had a taste of victory on Sunday, when he won the Daytona 500! He is celebrating his win with his wife, Whitney Ward.

Dillon said about his win, “There’s not any more safe mode. It’s go, go, go. It’s like rolling down a bowling alley and hoping you don’t crash.”

The NASCAR driver was not even aware that the race was over until his radio announced that he had won! All his fans and family are ecstatic about the fact that he came out on top.

Dillon’s wife has been by his side through thick and thin and was there to share in his glory. We are all aware of Austin Dillon’s professional life, but how much do we know about his personal life? Who is the beautiful blonde bombshell by his side?

Whitney Ward’s parents’ are Richard and Shawnee Ward. She studied at the University of Tennesse at Chattanooga on a full athletic and academic scholarship.

In 2012, Ward graduated from UTC with a Bachelor of Arts in Communications with a minor in Marketing. While studying there, she was a cheerleader and a captain in her senior year.

Ward is no less when it comes to her professional life. She is a former NFL cheerleader for the Tennessee Titans.

Reportedly, Ward is now working as an executive assistant. She likes to keep herself healthy and makes it a point to hit the gym every day.

The former cheerleader has started a blog with her friend Mariel Lane, who is also a former NFL cheerleader. Their blog covers information on beauty, style, advice, and relationships.

If you want to take a sneak peek into Ward’s life, then make sure you follow Whitney Ward on Instagram. She loves to update her fans by posting tons of pictures.

Her Marriage to Austin Dillon

On August 9, 2016, Ward and Dillon got engaged. The couple walked down the aisle on December 9, 2017, and were married at Childress Vineyards in Lexington, North Carolina.

At their wedding, the guests enjoyed a beautiful performance by violinist, Josh Vietti.

Since then, it seems the two have been enjoying life together and it’s nice to see Whitney Ward by her man’s side supporting his big win!