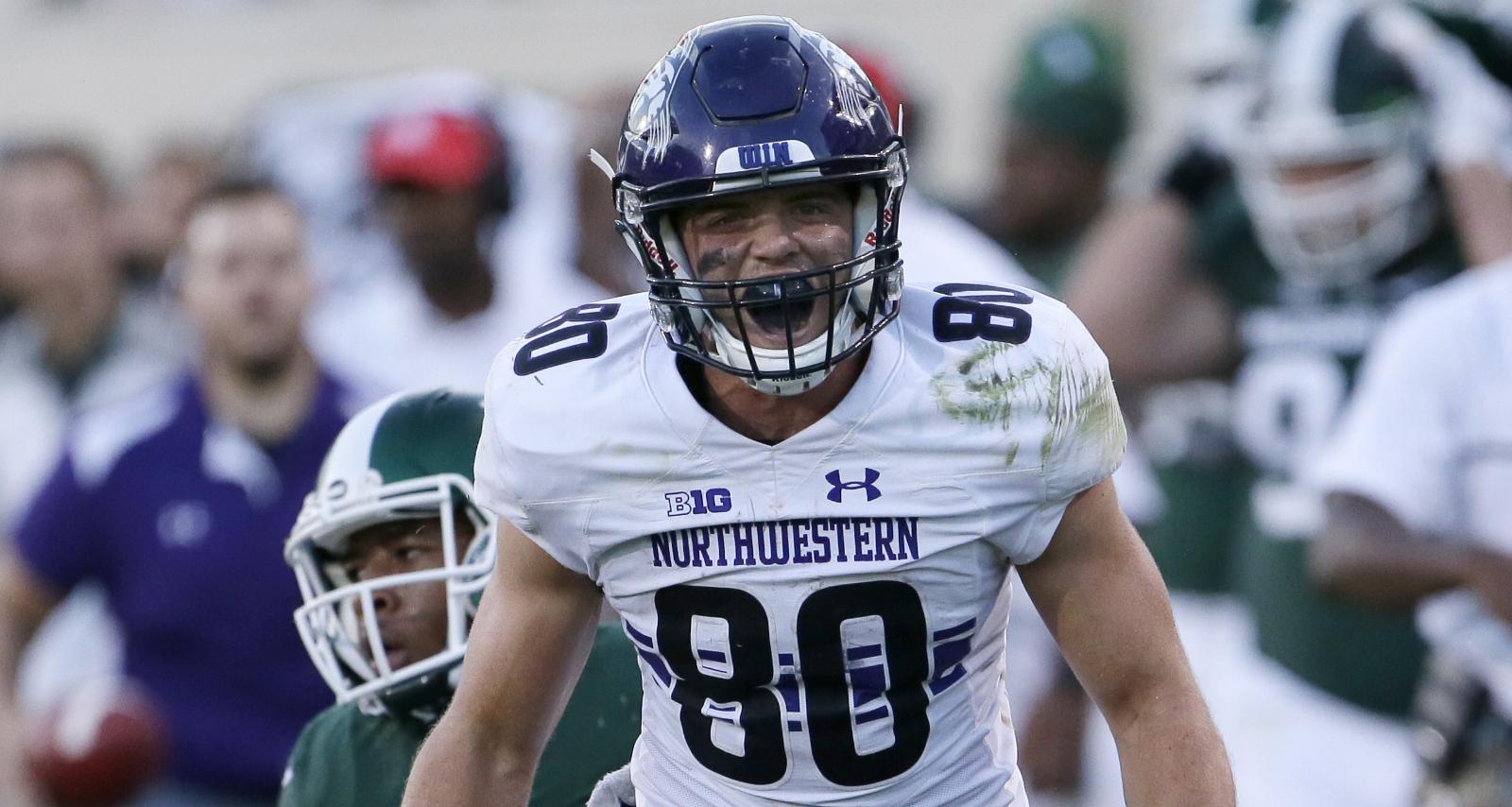 Austin Carr #80 reacts after making a 16-yard catch for a first down against the Michigan State Spartans (Photo: Duane Burleson/Getty Images)

While the Oakland Raiders haven’t faced the New Orleans Saints this season, fans of the teams are still wondering if their respective players, Derek Carr and Austin Carr, are related. The QB and wide receiver both play a great game, but their fans have been scratching their heads about them being brothers. And we are here to clarify all the confusion!

Austin and Derek Carr have the same last name, but are they related? The two of them looking a little alike seems to have baffled a lot of fans, who are probably sure that their two favorite players are brothers! But before you go placing bets, read up on their families and relationships here!

While that might seem like the obvious connection, Derek Carr is actually the younger brother of former NFL QB David Carr.

David was a quarterback for the Fresno State Bulldogs, and has played for professional teams like the San Francisco 49ers and the New York Giants.

His brother Derek says that David was a very important element in bettering his game. The Carr brothers would often practice in their hometown, and despite David’s injuries, he would make sure he played with his brother before his own draft pick.

Derek, on the other hand, plays QB for the Oakland Raiders. The Carr family consists of parents Sheryl and Rodger Carr, David, Darren, and Derek. All three brothers are into football, as Darren is a football coach.

They hail from Bakersfield, California, and are famously known as “The Carr Brothers.” Derek is married to Heather and shares two sons Deker and Dallas with her.

May not have been the outcome we hoped for but Derek is healthy and we got to spend time with our awesome family in beautiful Denver! ???? #Thankful

Who Is Austin Carr’s Family?

While it’s easy to mistake the Saints’ Austin Carr for a fourth Carr brother, that would be false.

Austin Carr is a wide receiver for the Saints, and his family consists of parents Evan and Janine, brother Weston, and sisters Isabella and Bianca. They hail from Benicia, California.

Austin married Erica Renee in Chicago in 2017, and the couple has been happily married for a year now. They said “I Do” at Salvage One in Chicago, and the ceremony was nothing short of rustically beautiful.

The couple now lives in New Orleans, after Austin was picked as the wide receiver for the Saints.

Our first New Orleans wedding with some of our favorite NOLA couples! #GodisGood #TurnersandCarrs #CongratsAllisons #myhotdateisFIRE ??