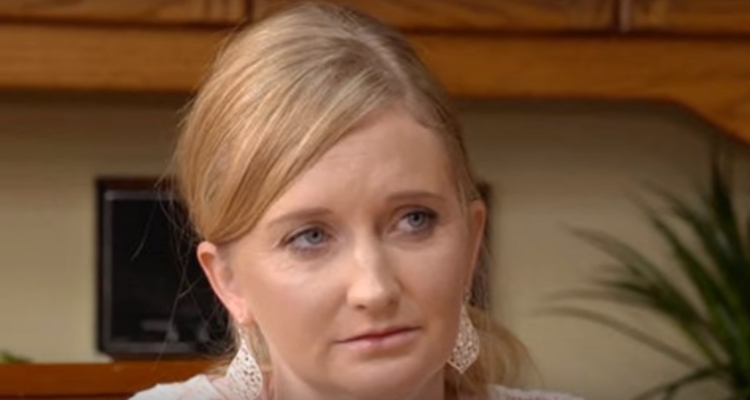 Is Auralee deaf? Many who have been watching TLC’s newest series, Seeking Sister Wife, have been asking about Auralee Briney’s speech impediment. Several debates have started online since the premiere and now people want answers. If you want to know what the deal is with Auralee and her sister wives, then don’t go anywhere.

The Story Behind Auralee’s Speech

Instead of wondering about her speech and spreading rumors, Auralee decided to get right to the point and explain her “lisp” to everyone in her blog post, The Briney Family.

“My Grandma is Danish and says I look and speak just like the people in Denmark and just to accept it as my heritage. ‘You have a Danish accent,’ she would tell me. ….But, I have trouble accepting that because although I have Danish blood, I am the only person in my family with a ‘Danish accent.’ This leads to many jokes like I genetically inherited a Danish accent, lol. My school told me it was a lisp so I accepted that (seemed more logical). Unfortunately, my school didn’t have a good therapist to help me.”

After writing about her encounters with people who question her unique speech, she commented further, saying that her speech pattern isn’t a lisp at all. According to her speech therapist, it’s also a challenge that she can get a handle on.

“However, it has been brought to my attention recently from a speech therapist who sounds like they are a lot more knowledgeable then my ‘speech therapist’ in elementary school, that it is not a lisp at all [sic]It is just some articulation challenges that with the proper instruction, I can overcome! I would LOVE that. It has been very hard on me to talk ‘funny.’ There have been plenty of times I am trying to communicate and people can’t understand what I am saying or they repeat back to me what I sound like and laugh. It makes me feel humiliated. Even when they don’t laugh, I remember the demonstrations I have received and I want to bury my head in the sand. Hurrah for the possibility of changing it. Now I just need to find a GOOD therapist who is able to help me. [sic]”

Her Battle with Speech Inspires Others

Shortly after Auralee’s revealing blog post, viewers shared their own stories and battles with speech articulation.

One comment read, “As someone who had some form of speech therapy every year from Kindergarten to Senior in high school (yes, even as a Senior I was taking speech therapy), it is still a constant struggle to remember how to pronounce words correctly. I am now 40 years old and the letters ‘r,’ ‘s’ and combinations of certain words with ‘w’ in them still trip me up. Once you find a good speech therapist, you’ll do fine. It’ll be a struggle for sure, but you can do it!”

Another comment read, “I understand you fully on the show. I was a child in speech therapy for years. I always thought it was a danish accent. Who cares! Today, I still get adults who like to make fun of the way I stumped up on a word, really? and I ignore them and move on. I don’t make fun of people who can’t control of things they were born with or handicaps. Hurt people, hurt people[sic].”

In the comment section of her blog, Auralee thanked everyone for their stories and how much they meant to her.