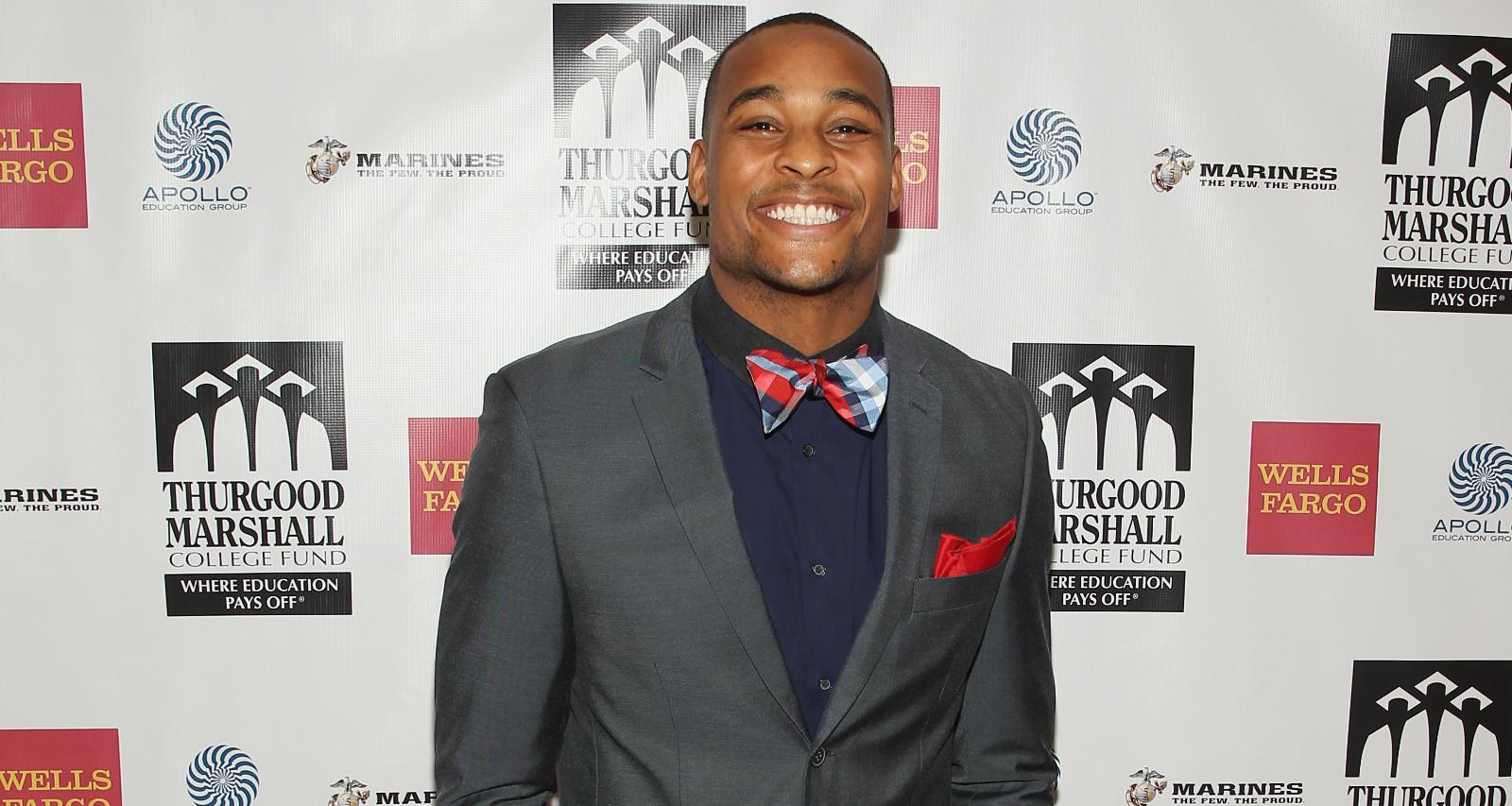 Pepa can’t seem to avoid the drama on Growing Up Hip Hop. While there’s been some friction between her and her kids, Tyran Moore and Egypt Criss, her new relationship is raising more eyebrows outside the show. Sandra “Pepa” Denton revealed her younger boyfriend, Aundre Dean, during season 3 and we’re going to see more of him in season 4. Our Aundre Dean wiki explains the drama surrounding Pepa’s new man.

Texas native Aundre Dean, born May 6, 1989, is 29 years old. That makes him about two decades Pepa’s junior. But their May-December relationship is hardly the source of drama.

Kicked off my birthday right. The more you praise and celebrate your life, the more there is in life to celebrate. #May6 #KentuckyDerby #TaurusSeason ??

Dean was working as Pepa’s bodyguard and she was also mentoring him in music. It’s not known when they began dating, but Pepa didn’t go public with their relationship until the end of season 3. She even wished him a happy birthday in 2018 on Instagram, among other posts flaunting their relationship.

However, problems arose when it was revealed that Dean is married to a woman named Jordyn Taylor, a journalist-turned-teacher. Taylor and Dean married in 2016 and had filed for divorce in March 2018.

They were in the process of divorce in May 2018. Which means he was still technically married when he and Pepa went public with their romance.

Pepa and Dean got a lot of flak after Taylor revealed they were still married. Most of Pepa’s posts with Dean have been deleted and she turned off comments during that time. Dean also turned off his Instagram comments for a while.

Taylor further accused Dean of domestic violence. Her lawyer said that by displaying their relationship on GUHH, Dean has publicly humiliated Taylor.

“I can’t explain Aundre’s erratic behavior. I believe this is just another stunt for his reality show. His girlfriend, Pepa, from the old hip hop group Salt-N-Pepa – have decided to make their relationship public on social media and on their reality show ‘Growing Up Hip Hop,’ which has caused some public black-lash [sic], as Aundre is still legally married with a pregnant wife,” Taylor said.

Me everyday: Slay Me in December: Sleigh! Happy holidays from my little family❤️

He Has Two Children

Dean’s trouble is far more complicated than his impending divorce. Taylor revealed that they had a one-year-old son together.

Furthermore, she was eight months pregnant with their second child at the time of the divorce. Taylor gave birth to their daughter around the time Dean and Pepa were cozying up to each other on Instagram. She alleged that he cheated on her when she was pregnant.

Dean was seeking joint physical and legal custody of their children. However, Taylor alleged that he had been missing visitations with their son because he was occupied “parading” around the country with Pepa.

While Dean asked the court to deny spousal support to Taylor, she is seeking sole physical and legal custody of their children.

Dean has denied the claims, saying they had separated in 2017 and he never cheated on her. He also alleged that she’s making false accusations for attention.

The status of their divorce is unknown but it appears that Dean spent time with his kids in December. Taylor now flaunts her status as a proud single mom on Instagram.

He Spent Time in Foster Homes before He Was Adopted

Aundre and his biological sister bounced between foster homes as children. They occasionally lived with their grandmother in Alief, Texas.

Their lives changed for the better when Jennifer and Mike Dean adopted Aundre and his sister when he was in fifth grade. Dean then moved to Katy, Texas to live with his adoptive family.

Dean grew up in Katy with two sisters, Shannon and Tiffany.

Jennifer Dean is the founder and CEO of Dean’s Professional Services, a staffing firm in Houston. Aundre occasionally works for the firm.

Dean began playing football in fifth grade as a way to make friends and stay out of trouble. Pretty soon, he fell in love with the sport.

He played running back at Katy High School where he made it to state championships. He also ran track and field at Katy.

He committed to play football at UCLA and joined the Bruins as a true freshman in 2008. However, injuries limited his playtime for a season.

Dean then elected to transfer to Texas Christian University, but sat out the 2009 season per NCAA rules. He played from 2010 to 2012 at TCU, but injuries derailed any hopes for a football career.

He Is an Actor and TV Host

When football didn’t work out for him, Dean switched gears to acting. He couldn’t focus on theater because of football, but caught the acting bug while working for the TCU campus TV station. He graduated from TCU in 2013 with a bachelor’s degree in broadcast journalism.

If you’ve watched the 2014 E! reality series Escape Club, you probably remember Dean as the comic relief of the show. He starred alongside Charles S. Dutton and Vivica A. Fox in the movie, Carter High (2015).

He’s also a talk show host on Black Hollywood Live, and he worked both in and behind the scenes of How to Make a Reality Star.

Dean had several modeling gigs in between. He’s done ad campaigns for Nike and Gillette in the past. His Instagram reveals that he has a steady flow of modeling jobs.

When he initially moved to L.A., he didn’t book regular acting jobs. So he worked security at a nightclub for a steady income.

Dean hasn’t done much acting work in recent history. He branched out into music in 2018, under the mentorship of Pepa and Damon Dash. However, he’s now making his presence felt through reality TV, appearing on GUHH with Pepa.

Also Read: Everything You Need to Know about Ayana Fite, Growing Up Hip Hop Atlanta Star

He Allegedly Appeared in a Gay Adult Film

Somewhere along his acting career, Dean may have delved into the adult film world. Internet sleuths believe they’ve uncovered his past acting in a gay pornographic movie.

He was apparently featured in a film titled Jock Physical. It looks to have been a one-time thing, though.