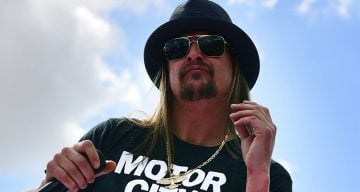 Who is Kid Rock dating? While he may not be running for senate in the future, he does have plans to settle down with the woman he loves. After many years together, Kid Rock and Audrey Berry are getting married! For more information on the woman that used to be Kid Rock’s girlfriend, here’s a closer look with our Audrey Berry wiki.

Who is Kid Rock’s Fiancée?

Audrey Berry’s age (and everything else about her) appears to be a mystery. She enjoys her privacy but fans have seen her with the 46-year-old singer in public outings. According to The Detroit Free Press, she was wearing a diamond engagement ring earlier this month! The two met in Detroit a few years ago over their mutual love of hunting and have been dating ever since.

Kid Rock Rarely Speaks about Her

This time around, the five-time Grammy nominated singer doesn’t kiss and tell. Although he’s been in a relationship with Berry for years, her rarely talks about her. He did briefly mention her in a 2011 interview with Piers Morgan, saying “This is somebody who is not a celebrity. It can really be a tough thing to deal with,” he said. “I’m thinking of somebody else, trying not to be so selfish.”

For those who don’t remember, Kid Rock was previously married to Baywatch star, Pamela Anderson in 2006 but they divorced after only four months. In a 2015 interview with Entertainment Tonight, Anderson said that she would never walk down the aisle again.

So far, there are no wedding details for Kid Rock and Audrey Berry but we can expect the big day to be as secretive as their engagement.

If you’re looking for Audrey berry’s hot pics, then you may find a few online.. The soon-to-be Mrs. Ritchie (Kid Rock’s real last name) isn’t a fan of being in the limelight and she doesn’t appear to have an Instagram account, unlike her fiancé. TMZ did manage to get a few photos of the engagement ring on Kid Rock’s “Chillin’ the Most” cruise, which took place earlier this month.

He Dedicated a Song to Her

In a 2015 interview with Q magazine, the Sweet Southern Sugar singer spoke about how he dedicated a song to Berry on his album, First Kiss. “Life is so much simpler being with one girl,” he said, acknowledging her calming influence. “Now I’m not chasing chicks around I’ve got so much more free time.”

The lyrics read: “I like the way you hold my hand/And play just like my baby grand,” the lyrics say. “I like how you don’t give a damn/And love me just the way I am.”

They’ve also binged episodes of The Blacklist and watched The Hunting Channel. Sounds like she exactly the Kid’s kinda lady!

Here's to the 6th and final night of an INSANE run in the D. Thanks and love to all of those who spent their hard earned money to come see the Greatest Show on Earth.. and here's to our beautiful city.. thanks to @dreginek for the pic! And thanks to @littlecaesarsarena !!#detroit #detroitlove #kidrock #twistedbrowntruckerband