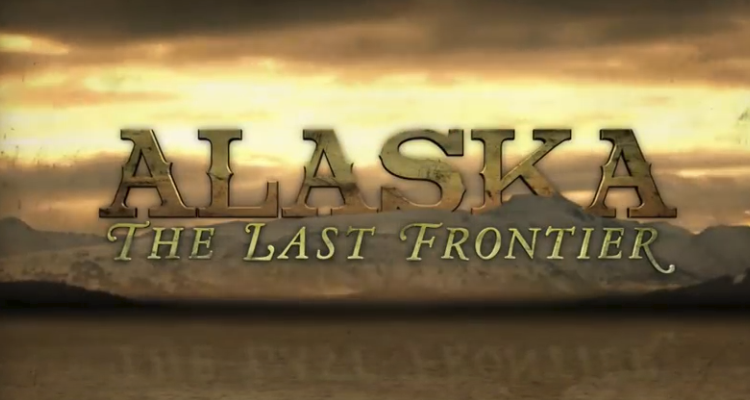 The Kilcher family’s show is in full swing with its seventh season, and fans want to know more about Atz from Alaska: The Last Frontier. Check out our Atz Lee Kilcher wiki for the details you want to know!

Alaska: The Last Frontier surrounds the Kilcher family and their lives in an isolated community outside of Homer, Alaska. The Kilcher family’s journey began 80 years ago, as their relatives wanted a simpler, freer way of life. Thanks to the show, fans can follow and experience life off the grid with them, as they work together to survive as homesteaders in the Alaskan wilderness.

Atz Lee Kilcher always considered himself the “black sheep” of the family. Twenty years ago, he left the homestead in search of a bigger and better life. He traveled with his guitar, driven by his passion for music, until he came to the realization that the homestead was really his last frontier. He returned to his roots, built a cabin by hand, and hasn’t left since.

He’s the Brother of the Famous Musician, Jewel

Many are unaware, but Atz is actually the brother of talented and renowned singer, Jewel, who considers herself “the other hillbilly.” In a video of Jewel and her father (Atz Kilcher Sr.) performing the theme song for the hit Discovery show, Jewel explained a little bit to the crowd about her “hillbilly” family who live in the Alaskan wilderness. She explained that she was shocked when her little brother texted her, explaining that they would be signing a contract for a new TV show. Confused because her family did not even own a television set, Jewel assumed her brother meant he was signing a contract to buy a TV! He explained that, in fact, Discovery had approached them to be part of a new series and she was just as shocked. She was proud to announce to her fans that she and her dad wrote them theme song together, before performing it together for the crowd. She detailed her “simple” life growing up in Alaska, adding that they were sort of pioneers who lived off the land and ate what they caught. Check out the video below!

He Belongs in the Wilderness

Atz Kilcher hunts to supply his family with meat, and although there are risks to his lifestyle, he believes having livestock gives him the extra time he needs before winter to hunt. He knows the challenges of living in the wilderness but wants this life.

According to his profile, he feels that he’s in a constant race against the clock to provide his family with enough food for the winter months, and has been close enough to failure to understand the absolute importance of success. These near failures, however, make him a better hunter and provider than before. “Surviving a single Alaskan winter is a huge challenge, surviving a life-time of winters though becomes the ultimate test,” he explains.

In December 2016, Atz Lee Kilcher was involved in a catastrophic hiking accident that left his wife worried for his life. “Atz is miles away hiking, and I get a phone call in the middle of the night that no wife should ever get,” she explained, adding through tears that she didn’t really know what was happening.

Atz and his friend Mike Schulman were going for a hike across the bay, but it began to get dark as they were hiking. She explained that Atz was looking for Mike and then he fell off a cliff. Luckily, Mike had a satellite phone with him and dialed 9-1-1.

The paramedics came in a chopper and took Atz to the hospital. He suffered a 40-foot fall off a cliff and was placed in the Intensive Care Unit, with his wife by his side. His injuries included a broken arm, a broken shoulder, broken ankle, a broken hip, crushed ribs and two punctured lungs. He has since recovered.

His Wife Is a Fisherwoman

Atz Lee Kilcher’s wife is named Jane Kilcher and she worked for years as a commercial fisherwoman. She lived a life surrounded by “storms and men” and she’s featured on the show alongside her husband. She also loves music and was drawn to her man because of it, and still works as a fisherwoman to provide their family with food.

The queen of kings, the love of my life. Happy mothers day ?❤️ @janekilcher And to all the mothers of the world, and single fathers too,keep up the good work!

Jane and Atz Lee Kilcher’s kids are not on the show, and fans have constantly been wondering if they have kids or not. According to reports, the parents want their children’s privacy to remain, despite their own popularity as television stars. The camera crew follows the family around for ten months of the year–it’s no wonder privacy is something they wish they could have! Their kids are Etienne (a son) and Piper (a daughter).

Me and my lovely love @janekilcher out at the cabin getting some romantic candle lit cabin time! #brownchicken #browncow

In a statement, Jane explained why they wanted to keep their kids off the show as much as possible:

“I wanted to answer some questions without getting too much flack… We have two kids… I am never not acknowledging how proud I am of them… Etienne was on for a short bit last week as he is 15 and can hopefully deal with any negative comments, Piper does not want to be on tv at this time… She is usually with me when we are filming or with family… Like my mom… I don’t like to answer to many questions about them as they enjoy their privacy… But I will post pictures from time to time.”

Atz Lee Kilcher’s net worth is an estimated $2.0 million! They have very few bills living on the family homestead, so it’s possible they save quite a bit! Living the simple life has its perks!