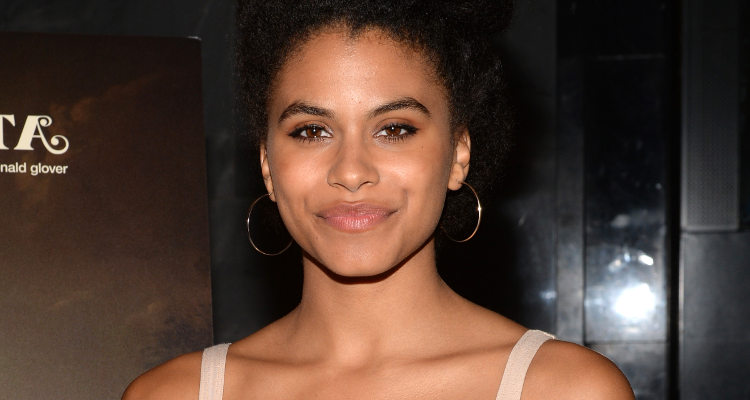 With summer officially coming to an end, new fall season shows are all set to premiere in September. The much-awaited FX comedy-drama Atlanta premiered yesterday (Tuesday, September 6) and has already met with rave reviews for the performances of its cast members. Eager fans are hitting up the internet to learn more about the Atlanta cast, and are searching for terms like, “Cast of Atlanta,” “Atlanta show cast,” and “Atlanta Donald Glover.” Stay put, because we’ll tell you everything you need to know about the cast of the brilliant new fall show, Atlanta.

Atlanta is centered around two cousin brothers, played by Donald Glover and Brian Tyree Henry, who are trying to make it big in the Atlanta music scene, after the latter releases a mixtape that becomes a roaring success. Glover stated that the show had been in development for almost two years. In an interview, he said, “I guess it could have happened faster, maybe if I wasn’t doing so many other things. But in general, I think it’s just like people are more aware of the process, so it’s different. But also, I like taking my time. I don’t like to be rushed at all,” Glover grew up in Atlanta and hence chose to base his new show in the same city.

Here is the official trailer of Atlanta:

The talented star has many feathers in his hat. He is an actor, writer, comedian, and musician. The 32-year-old recording artist goes by the name Childish Gambino and uses the name mcDJ, when he moonlights as a disk jockey. He has appeared in movies like The Martian, The Muppets, and Magic Mike XXL as well as TV shows like Girls, Community, 30 Rock, Sesame Street and Robot Chicken.

Glover is the creator, writer and executive producer of Atlanta and portrays the role of Earnest “Earn” Mark. Earn has dropped out of the prestigious Princeton University, and is currently working as a manager to help his cousin launch his rapping career.

The 34-year-old actor from North Carolina stars as Alfred “Paper Boi” Miles, an upcoming rapper who is trying to find the balance between street life and the real life. Henry has several TV shows to his credit such as Vice Principals, The Knick, Boardwalk Empire, The Good Wife and Law & Order. He also starred in a big-screen movie titled Puerto Ricans in Paris. Henry is best-known for his Broadway performance as The General in The Book of Mormon.

Keith Stanfield has already made a name for himself as an actor. The 25-year-old was nominated for an Independent Spirit Award for his debut film Short Term 12. He has appeared in several movies such as The Purge: Anarchy, Selma, Dope, Straight Outta Compton and Snowden. In Atlanta, Stanfield will essay the role of Darius, who is Alfred’s associate and right-hand man.

The 25-year-old actress and model from New York will portray the role of Van, who is the Earn’s baby mama, being the mother to his daughter, as well his best friend. Beetz may not have many credits to her name, but is well on her way to becoming a star. She has had roles in movies like Finding Her, Applesauce, and Wolves. Beetz starred in the mini-series Margot vs. Lily and short films like Beasts, The Crocotta, and Black Swell.

Atlanta premiered last night and this is the first and only photo I’ve seen from that. Cheers!

Don’t forget to watch the critically acclaimed show, Atlanta which will air on Tuesdays at 10:00 p.m. EST only on FX. For more details on how to watch the season premiere of Atlanta, click here.