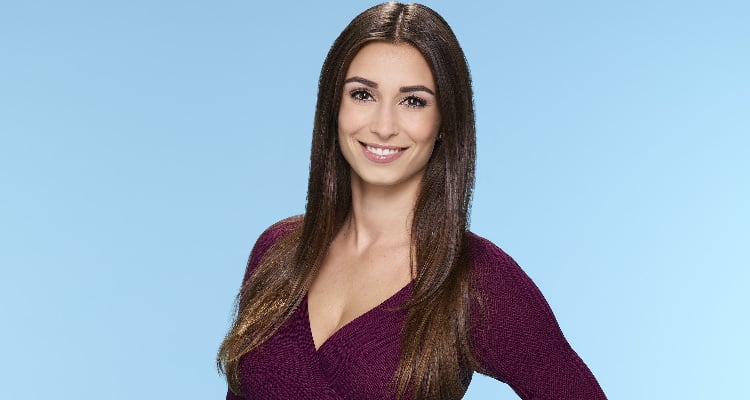 The Bachelor season 21 premiered on January 2, and we are already excited for this season. Nick Viall will choose the love of his life out of 30 beautiful ladies. One of them is Astrid Loch. Here is everything you need to know from Astrid Loch’s wiki.

The Bachelor gives guys a chance to meet different women from different backgrounds and find the love of his life. The men go on dates with these women to connect with them on a personal level, and help him find his potential bride.

The Bachelor has reached its 21st season with Nick Viall as the star. This is not the first time Viall tried his luck on finding his one true love. He faced rejection twice on The Bachelorette, when both Andi Dorfman and Kaitlyn Bristowe had chosen other men over him. Viall was heartbroken again when he struck out on Bachelor in Paradise.

Nick Viall certainly did not give up hopes on finding love, so ABC decided to cast him for the next season of The Bachelor. The first episode of the this season premiered yesterday (January 2) and 30 women were welcomed on the show.

Out of the 30 beautiful ladies, eight went home, leaving the rest 22 to compete for Viall’s heart. Bachelor contestant Astrid Loch is one of the lucky contestants who were not eliminated in the first episode. Here is everything you should know about Astrid Loch.

Astrid Loch was Born in Germany

According to Ok! Here’s the Situation, Astrid Loch was born on February 23, 1990 in East Germany. This 26-year-old beauty is 5’7″. Her parents are Marina Mogul and Anton Loch, and are divorced. Astrid Loch’s mother is Romanian and her father is German. Her step father is Dr. Mark Mogul, and he works as a pediatric hematology Oncology in Tampa, Florida at St. Joseph’s Children’s Hospital. She has a sister named Ingrid Loch.

Her Home and Education

Currently, Astrid Loch lives in Tampa, but  she used to live in Charlotte, North Carolina. She went to college there and has a BA in Communications and a minor in Women and Gender Studies from UNC. She is working as an Office Manager & Patient Care Coordinator for Soler Aesthetic Plastic Surgery. Loch assists the patients and preps them before they go for surgery.

According to ABC, Loch has two tattoos, one is a feather with a quote written on her left underarm, and the other one is a half heart/infinity symbol on right wrist. Her all-time favorite movies are The Other Woman, Titanic, and Bourne movies.

When asked about if she could be any animal, she chose a dolphin so that she can help lost sailors, swim in the ocean, and perform tricks. The five things Astrid Loch cannot survive without are her phone, mother, lashes, red wine, and yoga.

Her favorite fictional character is Ariel from The Little Mermaid and she would love to be a mermaid so she could explore the ocean.  Loch likes to binge-watch TV, and her current favorite shows are Scandal and Real Housewives. The two things that scare her the most are dying alone and becoming old.

Astrid Loch is a contestant on The Bachelor, and she seemed to impress Viall by speaking in German. Although he did not understand a word, Viall seemed to be quite impressed. Upon meeting Viall, Loch said (in German), “I know you are in touch with your sex life. Have you seen the breasts? They are real.” We wonder if she translated it for him?

Now that only 22 ladies are left on the show, Astrid Loch might have a good chance of winning Viall’s heart. Do you think she made a good impression? Let us know in the comments section below. Don’t miss out on The Bachelor Monday nights at 8:00 p.m. EST to see how the drama unfolds.

Roses are red, violets are blue, pass me the pizza, and the red wine too 🍕🍷🌹 Join me in an hour for the premier of The Bachelor @bachelorabc #thebachelor #bachelornation #abc