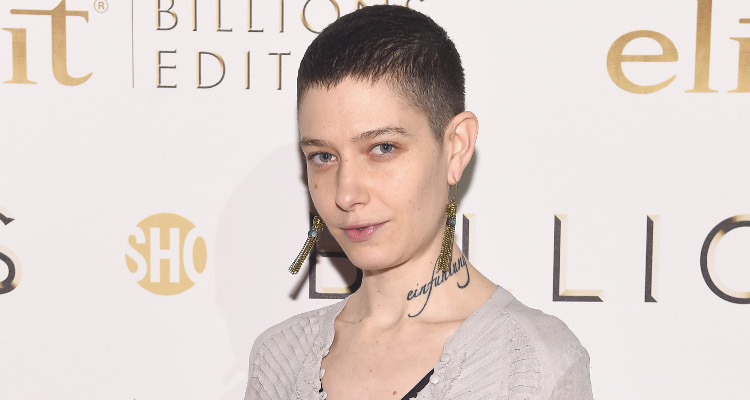 Showtime’s Billions made history by introducing a non-binary gender character on the show. The actor who played the role, Asia Kate Dillon, made history as the first non-binary actor in TV, and by challenging gender conventions in award categories.

Asia Kate Dillon is TV’s first non-binary gender actor playing a non-binary character on Showtime’s, Billions. The New York native is the most memorable face in the high-finance drama about the hyper-masculine world of hedge funds. And now, the actor is questioning gender conventions of TV Awards! Dillon is on the way to becoming an inspiration. If you’re looking for Asia Kate Dillon’s appearance before and after the actor’s fame as a non-binary gender personality, tough luck. You won’t find any remarkable transformation. Here’s a little more insight into that in Asia Kate Dillon’s wiki.

Born to be an Actor

Before stealing scenes in Billions as Taylor Mason, the youngster helping Bobby Axelrod (Damien Lewis) scheme his way to fortune, Dillon made a mark in Orange is the New Black. The talented actor was born in Ithaca, New York and studied at American Musical and Drama Academy in NYC.

After graduating from the studio program, Dillon returned to Ithaca to complete the Meisner Training Program at Ithaca’s The Actor’s Workshop. The young artist first joined the workshop as a 16-year-old high school junior, the youngest student to make it in. Dillon was also chosen from a thousand actors to participate in a Workshop at The Flea Theater in Manhattan that involved 50 new plays by award-winning playwrights. Besides working with their theater company, the potential star worked as a teaching assistant and stage manager.

Besides Billions and OITNB, Dillon’s other acting credits include The Mysteries, Younger, My Name is Rachel Corrie, Master of None and other minor roles.

According to the OITNB actor’s twitter, Dillon’s assigned sex is female, even though Dillon’s gender identity is non-binary. So, if you’re looking for pictures before or after Dillon’s transformation, you won’t find any because Dillon hasn’t gone through one!

EDIT: My assigned sex is Female. My gender identity is Non-binary. Anatomy and biology are complicated. I said sex, only as in anatomy. https://t.co/LJyZ5UFPAg

Asia Dillon was gender non-conforming in high school, in terms of the way the kids dressed and styled their hair. Explaining gender non-conformity to Ellen DeGeneres, Dillon said, “Non-binary is a term used by some people, myself included, who experience their gender identity as falling somewhere outside of the boxes of man and woman.”

While studying the character of Taylor Mason, Dillon drew a clear line between “sex” and “identity” and used the pronouns “they” and “them.” “Female is a sex, and sex is between our legs and gender identity is between our ears.” Dillon added that the artist’s family is incredibly supportive of the lifestyle. What more could one ask?

As for dating, “Dating has never been something I’ve done. It’s never been a part of my life,” said Dillon.

Has @theellenshow aired in your area yet? Look how big my smile is!!! ??? ? Michael Rozman/Warner Bros.

Dillon was Moved to Tears by the Billions Script

Ellen DeGeneres admitted the confusion about the pronoun usage for non-binary genders to Dillon. As the actor said, it’s a “learning process.” Initially, Dillon would remove the feminine pronouns “she,” “her,” and “hers” from online press material and replace it with names. “That felt really good,” Dillon recalls, but didn’t expect that auditioning for Billions two years ago would explain the gravity of mere pronouns.

The trailblazing artist redefined the way casting directors looked at gender. Billions showrunner, David Levien recalled the actor’s audition saying, “People were coming in to [audition] from the entire LGBTQ spectrum. Some were in various stages of transition and some were asked if there was going to be a major change in [their appearance in the] next couple months.” Levien said that Asia Dillon’s audition changed their perspective. “But when Asia came in and read they were so locked in and perfect for it. And it was only after that we learned how they lived their life. When casting a role you can’t ask questions [about a person’s gender] in advance, that would violate all sorts of decency,” said Levien.

Dillon was overwhelmed that a drama with such a high-profile cast would create a non-binary character and cast a non-binary actor. So, how did they feel when the producers handed the script tailored for a non-binary character? “When I read the script for episode two and I saw the ‘they, theirs and them,’ that’s when the tears started to well up in my eyes. Then when I read Axe’s response, which is, ‘Okay,’ and then the scene just continues, that’s what ultimately moved me to full-fledged tears.” Mason is a full-fledged character not struggling with gender identity. Because that is a non-issue between Mason and Axelrod’s mentor-prodigy relationship, Billions is a groundbreaking series.

When Taylor Mason was introduced in Billions, the line was, “Hello sir, my name is Taylor. My pronouns are ‘they, theirs, and them.’” And in one breath, history was made. Dillon’s brilliant acting was in the center of the spotlight and is deserving of an award or two. But where does a non-binary actor come in the actor or actress category? Dillon and the Academy ironed out this wrinkle rather well.

The Academy responded immediately, in what Dillon calls a thoughtful exchange. The Academy clarified their rules state, “anyone can submit under either category for any reason.” That both surprised and overjoyed Dillon. The Emmy rules don’t have a gender criteria, except for a continuing performance in a regular series!

The Academy let Asia chose which category of Supporting Actor they’d like. “Given the choice between actor and actress, actor is a non-gendered word that I use,” Dillon said, and opted for the Best Supporting Actor category.