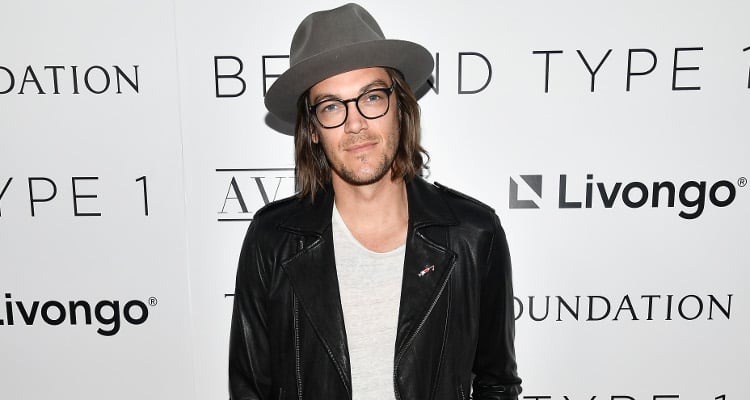 Most of us are aware that American actress Ashley Tisdale also has a YouTube channel. Recently, the 32-year-old uploaded a new video on her channel with PatrickStarrr, which is basically a makeup tutorial. Tisdale looked gorgeous in the look she created and we wonder what her husband has to say about it? Ashley Tisdale and Christopher French have been married for three years now. If you want to know more about Ashley Tisdale’s husband, then we have all you need to know, right here.

French was born on April 23, 1982, which makes Christopher French’s age 35. He was born in Los Gatos, California but grew up in the Satna Cruz area. Not much has been known about French’s parents or his childhood. However, growing up, French wrote songs with the help of a 4-track recorder kept in his room. To further pursue his career in music, French attended the Musician’s Institute for Recording Engineering in Los Angeles.

He’s Been Making Music Since He was Very Young

In an interview, French revealed that he was inclined towards music at a very young age. In fact, when French was eleven, he tried his hand at music. French said, “You know, I’ve been making music since I was about 11, but I’ve never been too involved with trying to really make money with it – in a lot of ways I still don’t worry about that. It’s just what I do, by nature. I’m from Northern California originally, near Santa Cruz, so it’s not that far. I moved to Southern Cali for a girl (of course), a long time ago. Needless to say, that didn’t work out, as that sort of thing rarely does when you’re so young and insane. But, it was definitely a turning point in the adventure that is my Life.”

In 2009, French started the LA-based band, Annie Automatic. French revealed that initially, Annie Automatic was a side project. However, later on, it became one of his main projects and French is the lead singer of the band. Also, French is somewhat used to the Hollywood fame. In the same interview, French explained, “Whether I know of someone and their work or not, I’m always interested in how all people are the same, how we all share experiences. The thing is, we’re all just people living our lives, doing our thing. But, I honestly tend to live in my own little world, and am blissfully unaware of so much. I rarely recognize people. Living in LA, that ignorance is an advantage, for sure.” Reportedly, back in 2015, it was stated French had his own recording studio, which is known as Ladybug Sound, which is located in Downtown Los Angeles.

"Tell the world that we finally got it all right" Thank you @cmfrench for choosing me because I would choose you over and over again.

Tisdale and French met each other through common friends and eventually started dating. The couple got engaged in 2013 when French proposed to his girlfriend at the top of the Empire State Building on the 103rd floor. A source close to the couple revealed, “It was totally romantic and Ashley’s over the moon, of course!”

The High School Musical star later took to Twitter to confirm the news of her engagement and wrote, “Thank you guys for all your well wishes. Means so much to me. We’re so grateful and excited. #imthehappiestgirlintheworld.”
A year later on September 8, 2014, the pair got married in a private ceremony in Santa Barbara, California. It has been three years to their marriage and the couple is still crazy in love with each other. If you want to take a look at Christopher French’s pics, then make sure you check out his Instagram account.