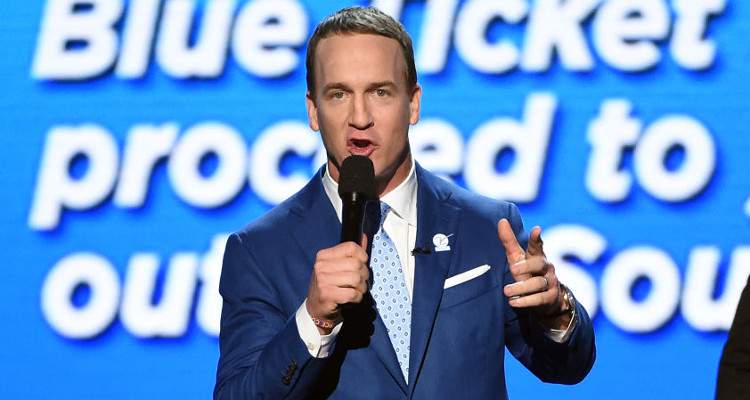 Former American football quarterback Peyton Manning was part of Universal’s latest Super Bowl commercial and fans simply loved the Dirty Dancing parody. Manning retired from the NFL in 2016 after his team won Super Bowl 50. As of now, it looks like Manning will concentrate on making commercials and spend quality time with his wife and family. But who is Peyton Manning’s wife? We have everything you need to know about her with details from Ashley Thompson’s wiki, right here!

If you want to learn interesting details about Ashley Thompson, including information on Peyton Manning and Ashley Thompson’s kids, then you need to keep reading!

Thompson’s parents are Bill and Marsha Thompson. Her father was an investment banker as well as a commercial real estate developer, and her mother was a stay-at-home mom.

Ever since she was very young, Ashley Thompson was passionate about charity and giving back to her community. She said in an interview that it is because of her parents that these qualities are instilled in her.

When she was in high school, Thompson participated in a program known as “Service Over Self.” This program helped renovate the homes of those who were less fortunate.

Due to her high involvement in charity work, Thompson garnered recognition and appreciation by being inducted into the Ascensus Society.

Thompson attended the University of Virginia. She graduated in 1997 with a major in finance and marketing.

How Did Peyton Manning and Ashley Thompson Meet?

Ashley Thompson was introduced to Peyton Manning by her parents’ next-door neighbor, who thought that they would make a good couple. And, the two hit it off immediately!

The couple started dating when Peyton was a blue-chip recruit. She became Ashley Thompson Manning on March 17, 2001.

After 10 years of marriage, Thompson gave birth to a set of twins! The Mannings welcomed their daughter, Mosley Thompson Manning, and son, Marshall Williams Manning.

The couple has made it a point to keep their kids out of the spotlight. They want their children to have a normal childhood.

Although she is Peyton Manning’s wife, Ashley Thompson prefers to be out of the public eye herself. She is highly private about her life.

Thompson has invested her time in charity work, which she is highly passionate about. This is seen in the multiple charities she supports.

Manning and Thompson have started a charity foundation known as the “Peyback Foundation.” It supports children at risk by providing them with leadership programs and growth opportunities. Additionally, Thompson has invested her time and resources in raising funds for breast cancer research.

According to sources, Ashley Thompson’s net worth is estimated to be around $20.0 million.