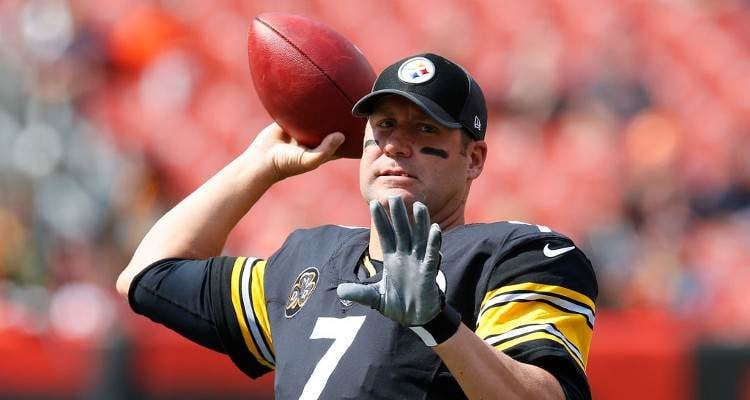 The amazing Ashley Harlan is NFL player Ben Roethlisberger’s wife, credited as the one who helped him turn his life around. “Mrs. Big Ben” is hailed by the Steelers nation for supporting the quarterback through the ups and downs of his career. Though their family is almost always in the spotlight, Harlan mostly remains low key. That, of course, provokes some curiosity from the Internet about her. So we’ve got Ashley Harlan’s wiki for everything on Ben Roethlisberger’s wife.

Ashley Harlan Is a Multi-Sport Athlete

Born on July 17, 1985, Ashley Marie Harlan is a native of New Castle, Pennsylvania. She’s the only daughter out of three children born to David Harlan and Jeannie Harlan. Her brothers, Brent and Brandon, also reside in Pennsylvania with their respective spouses.

Ashley Harlan’s marriage to a Pittsburgh Steelers quarterback didn’t surprise those who knew her. After all, she is an athlete who understands the pressures of that life very well.

After training in her church gym, Harlan went on to become a three-sport athlete at Laurel High School. Before graduating in 2004, she excelled in softball, volleyball, and basketball. She balanced athletics with her academics and also made it into homecoming court.

Harlan opted to play softball when she went to Saint Francis University in Loretto, Pennsylvania. She was on the athletic department’s honor roll at SFU in 2004 and 2006.

Ashley currently resides in Pittsburgh with her family. She is a certified physician’s assistant at UPMC Presbyterian.

Ben Roethlisberger began his NFL career with the Pittsburgh Steelers in 2004. The following year, he met Ashley Harlan during training camp.

They dated on and off for several years, during which time Roethlisberger would win two Super Bowl championship rings, get into a motorcycle accident, and face allegations of sexual assault twice. That’s a lot for a young couple to go through!

After Big Ben asked Harlan’s parents and brothers for permission, the couple announced their engagement in early 2011.

They married on July 23, 2011, shortly after Harlan’s birthday. Their guest list boasted some big names from the football scene, including Steelers players Willie Colon and Brett Keisel and Roethlisberger’s agent, Ryan Tollner.

Harlan and Roethlisberger Have Three Children

A year after their wedding, Harlan and her QB husband welcomed their first child, Ben Jr., in November 2012. Their second child and only daughter, Baylee Marie Roethlisberger, was born on March 19, 2014.

Their youngest son, Bodie Roethlisberger, was born on May 26, 2016. Big Ben missed a day of training camp at the headquarters to be there for the birth of his third child.

Don’t Miss: Facts about Philip Rivers’ Wife and the Mother of 9, Tiffany Rivers