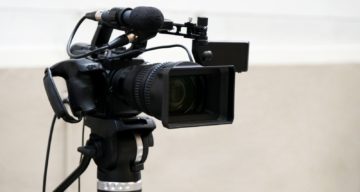 Ashley Glass spent over half of her career in Florida. West Palm Beach residents have become accustomed to starting their days with Glass’ broadcasts in the past three years. But the seasoned anchor announced she is leaving WPEC CBS12 News. Her regular viewers are dejected by the news and naturally had many queries. They want to know why Ashley Glass is leaving and where she is going next. Here’s what the news anchor said about leaving WPEC.

Ashley Glass is a double graduate—BA in political science and BS in telecommunication—of the University of Florida. Soon after she graduated in 2004, she began her career in Gainesville.

Glass was based in Illinois markets from 2006 to 2008 before she returned to Florida. She had her first stint at WPEC in 2008 for a year. She then worked in Tampa before she was back in West Palm Beach in 2019.

Glass had been anchoring the morning newscasts at CBS12 since then. In her second stint there, she became a beloved part of the community, as WPEC viewers started their day with her.

A LITTLE BIT OF NEWS – Today is my last day on-air with @CBS12, and I’m going out on such a high note! I’m so, so grateful to this morning news team and many more at home for allowing us to help you start your day. Please stay in touch, all! Xo @LincolnCBS12 @LoleskyWX @SamCBS12 pic.twitter.com/eczZUU1Bn4

So it came as a surprise when Ashley Glass announced that her last day on air at WPEC was on April 5. She didn’t specify why she is leaving or where she is going next. She also hasn’t revealed whether she is leaving the city.

In her social media statement, she expressed her gratitude to her colleagues and viewers. While her followers were disappointed that she is leaving, they wished her well.