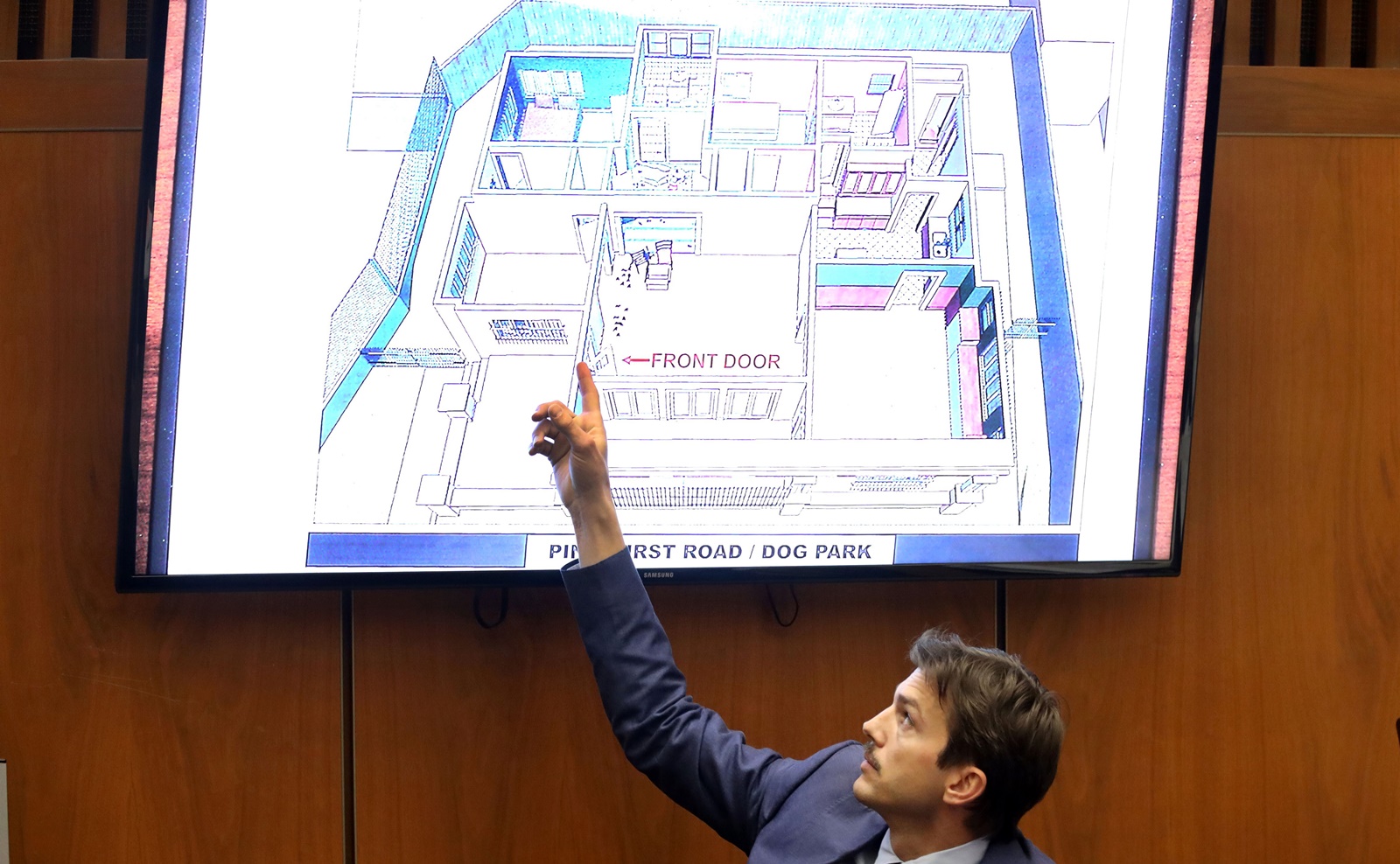 Ashley Ellerin’s February 21, 2001 murder was an all-too-real Hollywood horror story. The trial of Michael Gargiulo, aka the Hollywood Ripper, began on May 2, 2019, and on May 29, Ashton Kutcher testified in the trial. Why? Because he used to date Ashley Ellerin. Twenty-eight years later, his testimony has renewed interest in the young life gone too soon, too brutally. Our Ashley Ellerin wiki explains the details surrounding the case.

How Did Ashley Ellerin Die?

Ashley Ellerin was 22 when prosecutors say she was brutally stabbed to death by Michael Gargiulo on February 21, 2001. Gargiulo is an alleged serial killer charged with the murders of three women, including Ellerin, and the attempted murder of a fourth woman between 1993 and 2008.

He first met Ellerin in 2000, asking her if she needed help with a flat tire. He lived less than a block away and would show up at her house uninvited, per Ellerin’s friends.

According to the prosecution, Gargiulo killed Ellerin in her Pinehurst Road home in Hollywood by stabbing her 47 times. Her roommate, Jennifer Disisto, found her body the next morning.

Ashton Kutcher is set to testify in the case against Gargiulo who is believed to have murdered #AshleyEllerin and as many as 10 women. #HollyWoodRipper #devouringdamsel #truecrimeaddict #serialkiller

On April 28, 2008, Gargiulo allegedly attempted to murder his Santa Monica neighbor, Michelle Murphy. She fought off the attack and his DNA was found at the scene.

The Santa Monica Police Department arrested him on June 6, 2008. He pleaded not guilty on all counts, but allegedly also claimed he could be linked to 10 other killings.

In an unusual twist of fate, Ellerin was killed as she was preparing for a date with Ashton Kutcher that night. A then 23-year-old Kutcher was the star of That ’70s Show and newly single.

This is the house where the "Hollywood Ripper" serial killer murdered Ashton Kutcher's ex-girlfriend Ashley Ellerin in 2001. You can read all about the case, and Michael Gargiulo's upcoming trial, on CrimeFeed.com! #investigationdiscovery #idaddict #idcrimefeed #truecrime #serialkiller #ashleyellerin

Kutcher testified that he had met Ellerin through friends and the two later decided to go on a date once they were both single. But their first date never happened.

They had plans for drinks and dinner, but Ellerin didn’t answer the door when he showed up, making Kutcher think she had stood him up. What he didn’t know at the time was that she had already been murdered by Gargiulo, prosecutors allege.

Kutcher is one of 100 witnesses who are scheduled to testify in Gargiulo’s trial. In his testimony, a tearful Kutcher explained that he was at Grammy viewing celebration at actress Kristy Swanson’s house that night. (The 43rd Annual Grammy Awards were held on February 21, 2001.)

He had last spoken to her around 8:24 p.m. to confirm their plans together. The Grammy party ran late and he called her again shortly after, about 10:00 p.m., to say he was on his way over. But she didn’t answer his call.

When he arrived at her house and knocked on her door, she didn’t answer. He even mentioned looking through the front window and seeing what looked like spilled red wine on the carpet. Kutcher had assumed the wine was from a house party she’d had days before.

He thought she was upset that he was late and wasn’t answering him. So he left. It was only the next day that he learned that Ellerin was murdered.

A scared Kutcher reached out to the authorities to say he was worried because his fingerprints were on the doorknob of her front door.

Ellerin Was a Fashion Student and Worked as a Stripper

At the time of her death, Ellerin was a student at the Fashion Institute of Design and Merchandising in L.A. She also worked multiple jobs to pay the bills, including moonlighting as a stripper.

According to a book written by Ellerin’s friend, Carolyn Murnick, Ashley was a beautiful and charming girl. She balanced her studies with her day job at the makeup counter and her night job as a part-time stripper.

Murnick also claims that Ellerin dabbled in meth and had a relationship with an older man who paid for her car.